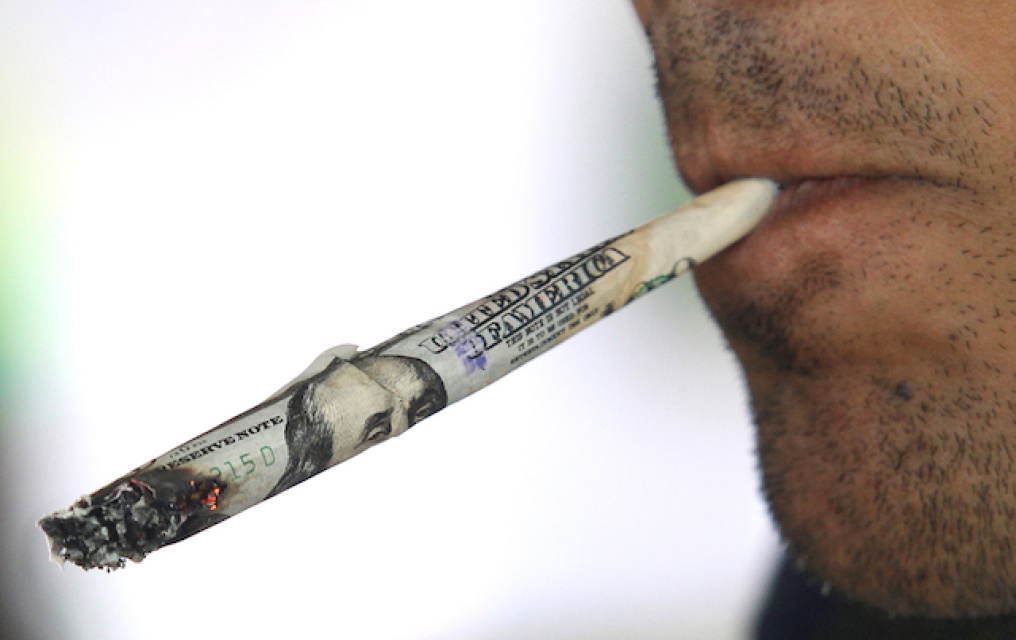 In L.A., a plan to create a public bank would especially help out pot dealers. (Photo by Ulises Ruiz/AFP/Getty)

The long answer is slightly more complicated, but a lot more interesting. It has to do with putting Angelenos first, keeping banks on their toes and creating affordable housing.

What's happening?
The Los Angeles City Council is expected to vote Tuesday on a measure that would amend the city's charter to allow the creation of a public bank, which is basically a bank owned by... the public. Us. You. All Angelenos.

If approved, the measure would go on the ballot in November.

Why do we even need a public bank?
A bunch of reasons. Currently, a bank that makes money in L.A. sends its money out to its investors around the world. In a public bank scenario, money made here would stay here.

Also, just like you, L.A. pays high fees to banks. That's money that could be saved by the city.

Oh, and if banks were locally accountable, maybe they wouldn't get into the kind of disastrous hijinks that caused the Great Recession.

What would a public bank do that my current bank doesn't do?
Would it get rid of all the cutesy ads of couples painting their newly purchased home? Sorry, probably not. But the benefit of a public bank is that it would be able to take deposits from government bodies — like school districts and state infrastructure funds — and use that money to give out loans and support local priorities. Think affordable housing or other investments that wouldn't appeal to investors elsewhere, but are needed here. Without hungry shareholders to feed, it could potentially give us lower rates and more inclusive borrowing.

In L.A., that could especially help out pot dealers.

Excuse me, pot dealers?
Yes, you heard that right. Right now, those who sell pot might be able to do so legally, but they aren't able to set up a bank account to hold all that cash.

Why not?
Because while cannabis is legal in California, it's not federally. It's still classified as a Schedule 1 drug, on par with heroin. Since banks are federally regulated and could be charged with money laundering, cannabis cash is pretty much a no-no.

So where are pot businesses putting their money?
Um, under a mattress? A large empty cookie jar at the back of the closet? A piggy bank emblazoned with cannabis leaf patterns? Who knows. But it's all a bit inconvenient.

L.A. City Council President Herb Wesson introduced the idea of a public bank in July 2017 to change that — and create a more L.A.-focused bank. It took a lot of people by surprise, but he managed to persuade his fellow council members to pay for a study on the feasibility of setting up the Municipal Bank of Los Angeles. 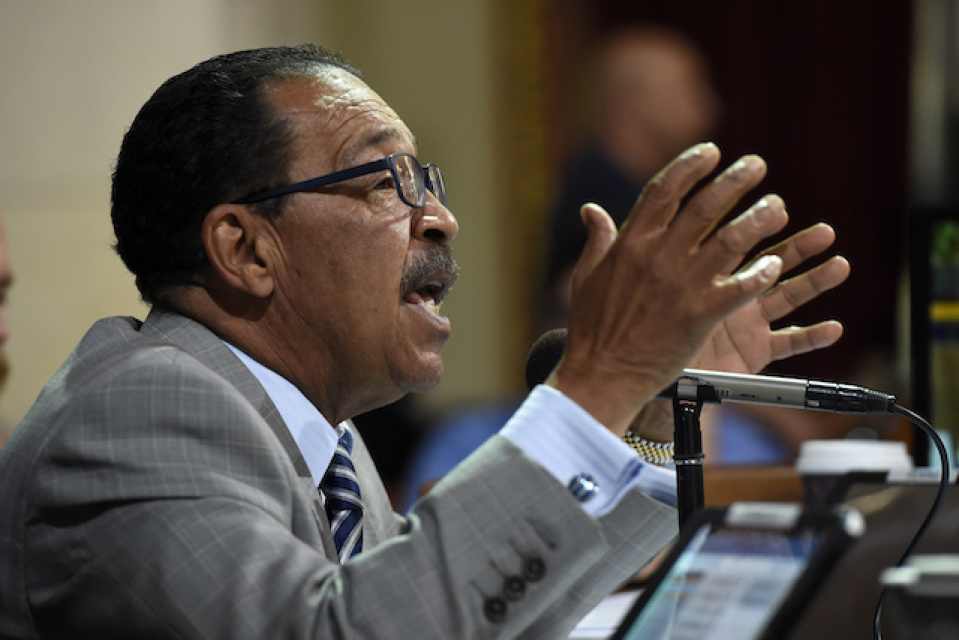 Why does Herb Wesson care about pot dealers?
No doubt, he'd say he cares about the woes of all Angelenos, but he's probably got a soft spot for the ones who pay taxes.

What was the result?
The city's chief legislative analyst reported back in February this year. Let's just say, it wasn't exactly an enthusiastic response. He warned that city and state law would have to be changed, which is a complex procedure, and would lead to "exorbitant" start-up costs.

Okay, so it's dead in the water?
No, not necessarily. This is Wesson's last term as president, so he wants to make this happen. Hence, the vote to change the city charter to allow it to create a "purely commercial" enterprise, something currently not allowed.

Anywhere else exploring this idea?
North Dakota has one that's almost 100 years old. Other places looking into it: Oakland, Santa Fe, Philadelphia, Massachusetts, and California itself. In January, State Treasurer John Chiang said he and Attorney General Xavier Becerra would be ordering a feasibility study for the entire state to have its own public bank.