LA Official On Koreatown Neighborhood Council Election: 'We Have Not Seen Anything Like This Before' 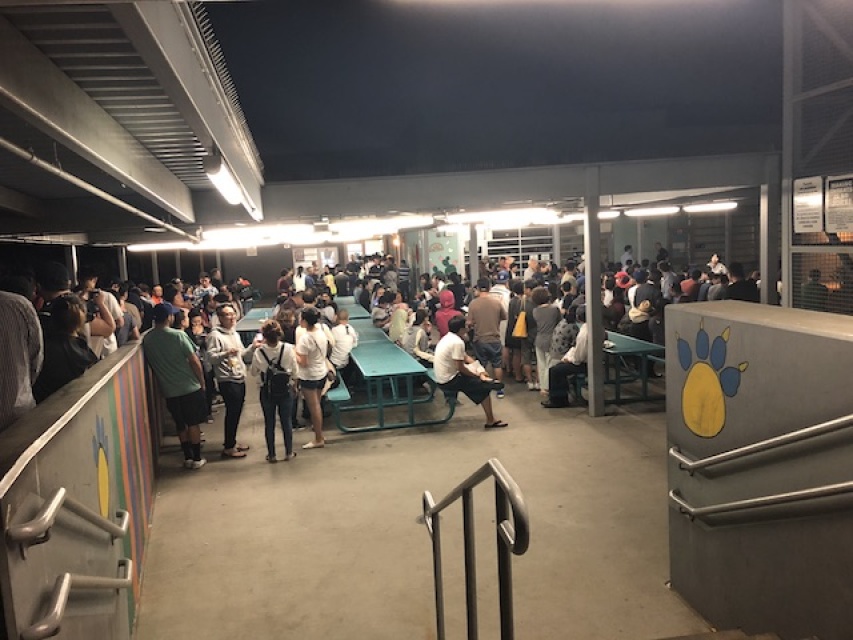 Democracy got a little weird in Koreatown this week.

HOLY LANDSLIDE: Plan to create a 2nd neighborhood council in #Koreatown that would have encompassed #LittleBangladesh goes down 98.5% to 1.5%, according to unofficial tally. Read more here: https://t.co/84RqVmWuMl pic.twitter.com/dp1sOZX99Q

Consider this: More than 19,000 people turned out for an election that had to do with the creation of a second neighborhood council in Koreatown. Some residents reported waiting up to three hours to cast their ballot.

The overwhelming majority voted down a plan to create a second neighborhood council in Koreatown that would've encompassed Little Bangladesh.

Tom Reindel of the City Clerk's office said the voter turnout for this kind election was unprecedented.

"We have not seen anything like this before," said Reindel, public services administrator for the Los Angeles City Clerk-Election Division. "There weren't any seats being filled. This was simply a vote about dividing an existing neighborhood council into two."

Reindel said there are still 1,338 provisional and curbside ballots that needed to be counted — not enough votes to change the outcome, only the margin by which the proposal lost.

The election became a source of tension within the community, prompting the spread of misleading information online and a fair share of confusion.

Flyers implied that Little Bangladesh residents were attempting to expand their borders and alter Koreatown's boundaries.

The reality? The vote was on a narrow issue. A "yes" vote would have created the Wilshire-Center Bangladesh Neighborhood Council for residents north of 5th Street. The existing neighborhood council just would have gotten a bit smaller.

Abdul Chowdhury, an Uber driver, said Wednesday night that he still thinks a council with "Little Bangladesh" in the name is a good idea.

But opponents of the second council said they'd continue to fight any attempt they see as diminishing the K-town identity. Gilbert Yi helped lead the campaign to defeat the proposal. He says of lot of Korean-Americans cherish the neighborhood, which had been decimated by the '92 riots.

"We rebuilt Koreatown," he said. "And if it ever changed, it'd be such a huge loss—for anybody."

In a city infamous for low turnout elections, it was unusual to see so many participate. That's in part because voters just had to prove some connection to the neighborhood to cast a ballot. They didn't even have to live in L.A. Yi himself, lives in Cerritos. [See more on the quirky voter guidelines below.]

Reindel, of the city clerk's office, credited the high participation rate to the work of local K-Town groups.

"There were lots of organizations that were very active in promoting the election and were just very mobilized and organized," Reindel said.

Which doesn't mean the word got out to everyone. Anna Olson, a 16-year Koreatown resident and pastor at St. Mary's Episcopal, didn't learn an election was taking place until late on Tuesday. But once she heard the news, she and her family set out to vote at the Harvard Elementary School polling location.

Quick snapshot of the hundreds of people who waited for hours to vote in last night's Koreatown subdivision election. 🎥 via Pastor Anna Olson. pic.twitter.com/4Jg7oWnTaY

Olson said that in all her years of voting, she had never seen anything quite like the bizarre scene, where she estimated more than 1,000 people were waiting to cast their ballot.

The election had notably different voter guidelines than the typical local or national election. First of all, voters could be as young as 16.

Second, the election was open to any person or persons "who live, work, own property or participates in the community on a substantial and ongoing basis all within the neighborhood council," according to Chris Garcia, a city project manager in charge of L.A.'s neighborhood council elections.

That community participation could even be decided by a "two-receipt" rule. Under this rule, anyone who presented two or more receipts from Koreatown businesses from two separate dates was able to cast a ballot, according Sandra Mendoza from the city clerk's office.

"In lieu of receipts, some businesses drafted letters to provide to their customers stating that the voter was a frequent customer," Mendoza said. "These letters were accepted by the City Clerk." 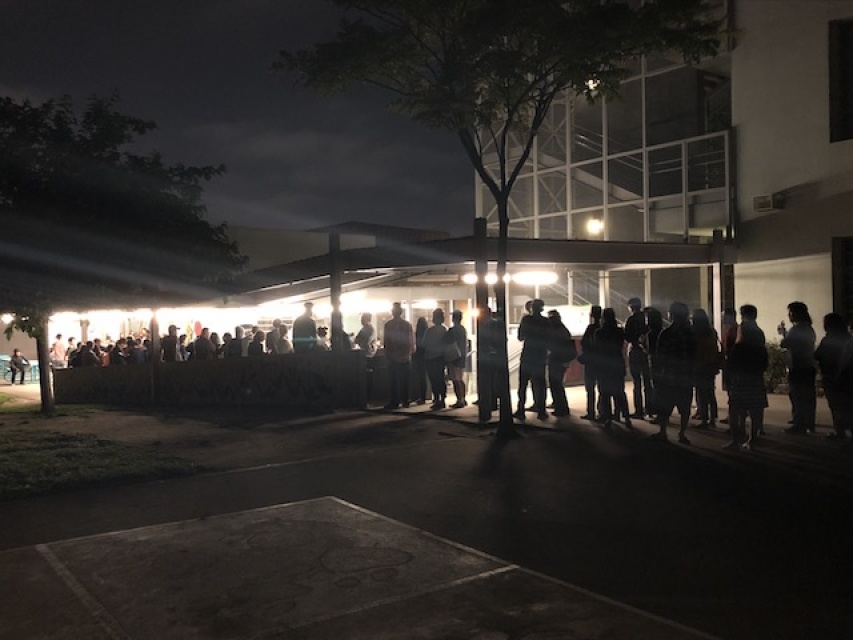 So how do poll station workers know the receipts presented to them actually belong to the potential voter? The short answer is they don't.

"The City Clerk only takes the documents at face value," Mendoza said. "Whether it is a receipt or a renter's lease agreement, we do not conduct additional research to further validate the document or stakeholder claim."

RELATED STORY: No, Koreatown Won't Be Split Up By Little Bangladesh. Here's What Tuesday's Vote Was Actually About

Olson described the scene at the polling station as "chaotic," adding that the crowd didn't appear to her to be representative of the population of the neighborhood.

"The area represented by the council is about 50 percent Latino and I didn't observe any Latino participation in the election at the polling site ... at the time that we were there," she said.

"A lot of my Latino neighbors really don't end up with much of a voice in local politics and I think that the way things are set up in this neighborhood council election really helped me to understand a little bit of how that happens."

Updates: This story was updated at 11 p.m. with comment from the city clerk's office, as well as quotes from Yi and Chowdury. An earlier updated at 5 p.m. reported the unofficial results of the election.

Josie Huang contributed to this report.