Start your day with LAist

The National Park Service announced that the mother, who is part of their ongoing study of the bobcat population in the area, has given birth to three kittens: B-379, B-380, and B-381.

Mama bobcat, known as B-370, was found with her offspring in a tree den. Biologists from NPS say it’s unusual for bobcats to make dens in trees, but that she likely did so because much of the surrounding area had been badly burned during the 2018 Woolsey Fire.

Biologist Joanne Moriarty was part of the team that discovered the family. 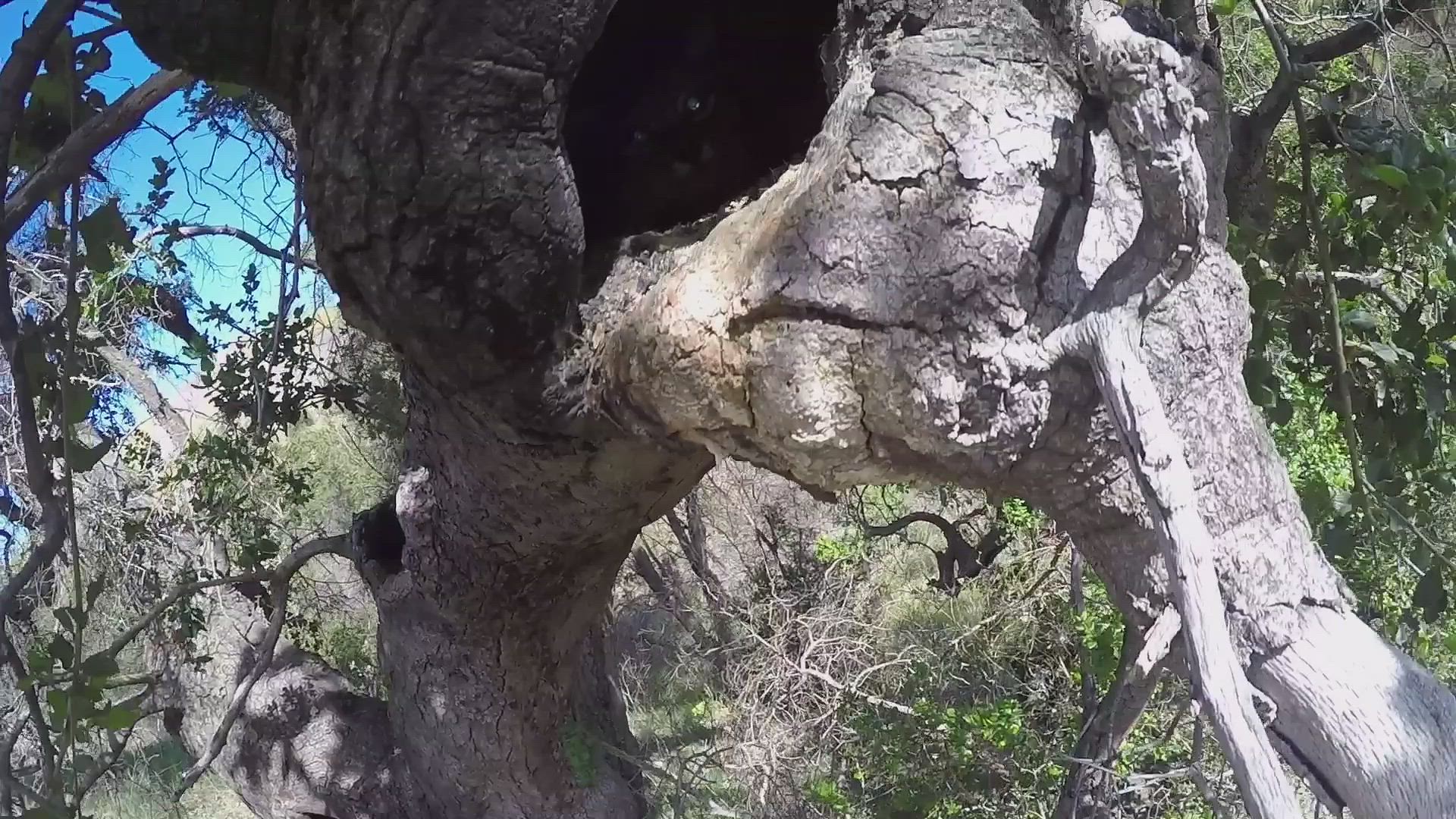 “I swear she’s in this tree, but I can’t find her,” Moriarty remembers saying at the time. “Then I look up into this little tiny hole in the tree, and her face is just poking out at me. Of course, she’s been staring at me the whole time. I just happened to be in the right spot.”

The kittens, one female and two males, are about 30 days old.

According to park officials, B-370 was released back into the wild with a tracking collar last year after being captured in the Simi Hills. They said they thought there was a good chance she had given birth because she kept returning to the same location, known as "denning."