Why Build A New Jail In Downtown LA? 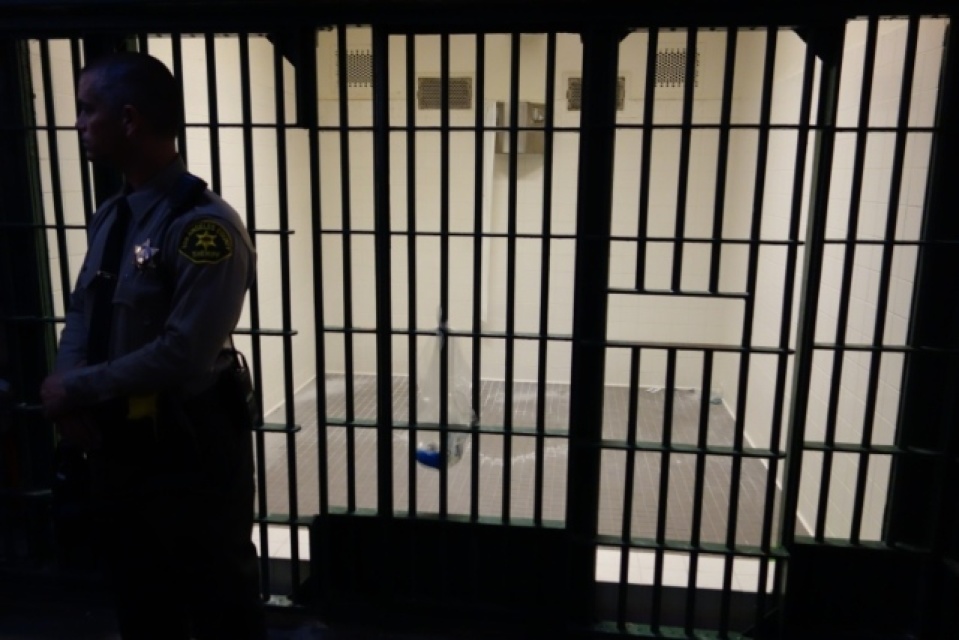 Calling it a paradigm shift, the Los Angeles County Board of Supervisors Tuesday took a big step toward building a new jail designed specifically to house and treat a growing population of inmates with mental illnesses. The board approved the final environmental impact report and $2.2 billion budget for a 3,885-bed facility that would replace the more than half-century old Men's Central Jail in downtown.

Some activists denounced the vote, saying many of the roughly 4,000 mentally ill inmates who require special housing and treatment belong in community-based facilities - not locked behind bars where their mental conditions can become worse.

Why does the county want to replace Men's Central Jail? Here's why.

IT'S OLD AND DECREPIT

Men's Central Jail was built in 1963. It's deteriorating. Pipes regularly break and the kitchen often floods. The linear design with cells in long rows separated by narrow walkways makes it unsafe for guards, according to Assistant Sheriff Kelly Harrington, who oversees jail operations.

Meanwhile, the number of mentally ill jail inmates is growing, say officials from the sheriff's department, which operates the county's sprawling jail system.

Jail officials estimate nearly 30 percent of inmates suffer from some sort of mental illness. Twenty percent — or about 4,000 — must be housed in either high or moderate observation housing, in part to prevent them from harming themselves.

HOW WOULD THE NEW JAIL BE DIFFERENT?

The facility will be built on the 17 acres now occupied by Men's Central Jail. The county says the design would provide the appropriate space to house treatment programs for inmates suffering from a mental and/or medical illness and substance use disorders. It will also provide rehabilitation programs designed to reintegrate these inmates back into society.

WHAT KIND OF CARE DO INMATES WITH MENTAL HEALTH PROBLEMS RECEIVE NOW?

Care has improved since a 2015 agreement with the U.S. Justice Department to reduce force against all inmates. The L.A. County Health Agency plays a much bigger role in providing care, and has increased psychiatric staff and improved identification and early treatment for mentally ill inmates.

But substandard care continues, according to a federal monitor.

Monitor Richard Drooyan said in a report earlier this year that the Health Agency isn't getting inmates with serious mental health problems out of their cells often enough. Under the 2015 agreement, sheriff's officials are supposed to make sure such inmates get out of their cells for at least 20 hours per week - 10 hours for recreation and 10 hours for therapy. The department is falling well short of that, according to Drooyan.

HOW WILL THE NEW JAIL OPERATE?

The remaining 205 beds will be used for high security inmates.

The county will put out bids for a company to design and build the jail. It hopes to break ground sometime next year.

WHEN WILL THE JAIL BE COMPLETED?

The jail will be built in phases. Part of Men's Central Jail will be torn down and rebuilt while part of it is in use. Medical care now provided at the jail will shift to the Pitchess Detention Center in Castaic. The first part of the jail is projected to be completed by 2024, with the entire jail up and running by 2028.

IS THIS THE ONLY JAIL PROJECT?

No. L.A. County is in the midst of refurbishing its Mira Loma facility in the Antelope Valley. More than 2,000 women inmates now housed at the aging and cramped Century Regional Detention Center in Lynwood in South L.A. will be transferred there.

County officials say it's a much bigger facility with plenty of room for indoor and outdoor family visits.

WHAT DO OPPONENTS OF THE NEW JAIL SAY?

They agree Men's Central Jail is outdated and needs to be closed. But they argue most mentally ill people who commit crimes should be treated in community settings, not behind bars. They also point out many of those in jail — nearly half of the 17,000 inmates, by the county's estimate — have yet to be convicted. They're accused of a wide range of felonies and some face misdemeanor charges.

Opponents say those who are mentally ill should be released to community care. They that would be feasible if the more than two billion dollars earmarked for the new jail was instead invested in community mental health facilities.

Their fundamental argument is that L.A. County mirrors the rest of the county in locking up too many people — many of them men of color.

WHO ARE THE OPPONENTS?

They're collecting signatures for a potential November ballot initiative that would not stop the jail but would require the Sheriff's Civilian Oversight Commission to conduct a "comprehensive public safety reinvestment plan and feasibility study to reduce jail populations and to redirect the cost savings into alternatives to incarceration." The measure would also give the commission, which has no authority now, subpoena power.