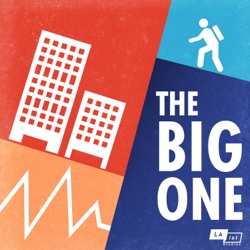 The Big One: Your Survival Guide

When The Big One hits it’ll take under two minutes for more than 10 million Southern Californians to lose internet, power, and a sense of security. Host Jacob Margolis and producer Misha Euceph take you on a journey to understand what the catastrophic earthquake will mean for Los Angeles, the U.S. and the world. This is what you need to know to survive.

StitcherSpotifyMegaphoneOvercast
Support The Big One: Your Survival Guide
EpisodesEarthquake HazardsHow to PrepareMeet the TeamAbout
All Shows
Episodes
EPISODE 1The Earthquake
You’re at Union Station when the big one hits. The next two minutes are terrifying. By the time you make your way outside, the Los Angeles you know is gone. In Episode One, you experience what the first hours after a massive earthquake could be like.
Episode Details
EPISODE 2The Walk
No car, the trains are down, the road's a mess and you need to get home. In this episode, you walk 15 miles back to your house through a city that feels unrecognizable.
Episode Details
EPISODE 3The Science
A polar bear killer, a Sputnik-inspired scientist, a man who uses the past to see the future and seismologist Lucy Jones. What do they all have in common? Without them, we wouldn’t understand the what, when, why and how of the big one.
Episode Details
EPISODE 4The Choice
You wake up in a city that feels unfamiliar and watch as neighbors choose to hunker down or head out. The aftershocks are unrelenting and you are almost out of clean water. Will you stay or will you go?
Episode Details
EPISODE 5The Economy
After the big one, the Los Angeles economy will be shook. Hollywood might be too big to fail but what does an economic hit like this mean for you?
Episode Details
EPISODE 6The Buildings
The Buildings Every day when you walk into work you assume your building is safe. What if it's not? We try to get answers about two 52-story towers in downtown L.A. built using construction methods that structural engineers no longer use.
Episode Details
EPISODE 7The Plan
After six months of research, Jacob finally makes an earthquake kit and ends up asleep outside in the rain on Christmas Eve.
Episode Details
EPISODE 8The Lessons
In this episode, a rat learns to skateboard and we learn how our brain processes (or doesn't) the idea of a big one.
Episode Details
EPISODE 9The Perfect World
We’re back at Union Station, moments before the Big One hits, but this time you, our hero, and the city are prepared. And then back to reality and the team from TBOYSG reflect on the lessons they have learned while making the show.
Episode Details
EPISODE 10The Wake-up Call
For the first time in a generation, a pair of big earthquakes shook Southern Californians. If you felt it  -- or even just heard about it -- you may have some questions. In this episode lead producer, Misha Euceph gets answers from hometown hero, seismologist Dr. Lucy Jones.
Episode Details
EPISODE Introducing Yeah No, I'm Not OK by Diane Guerrero
Who is Diane Guerrero and why is she talking about mental health? In this episode, we learn more about Diane’s personal experience and her commitment to making mental health a priority in communities nationwide, especially communities of color. Then for the very first time, Diane sits down with her big brother Eddie to have an honest conversation about their family history of addiction, anxiety, and depression.   Subscribe to our newsletter to stay on top of new episodes with a note from Diane, recommendations from listeners and our team, and listener stories. Sign up at laist.com/newsletters. For more resources on addiction or to get help, please visit: https://www.samhsa.gov/find-help/national-helpline. http://publichealth.lacounty.gov/sapc/  More support (via text) can be found at: https://www.crisistextline.org/ Additional Information on depression and anxiety can be found here: https://www.nami.org/About-Mental-Illness/Mental-Health-Conditions/Depression This program is made possible in part by the Corporation for Public Broadcasting, a private corporation funded by the American people.
Episode Details
View All Episodes
How to Prepare 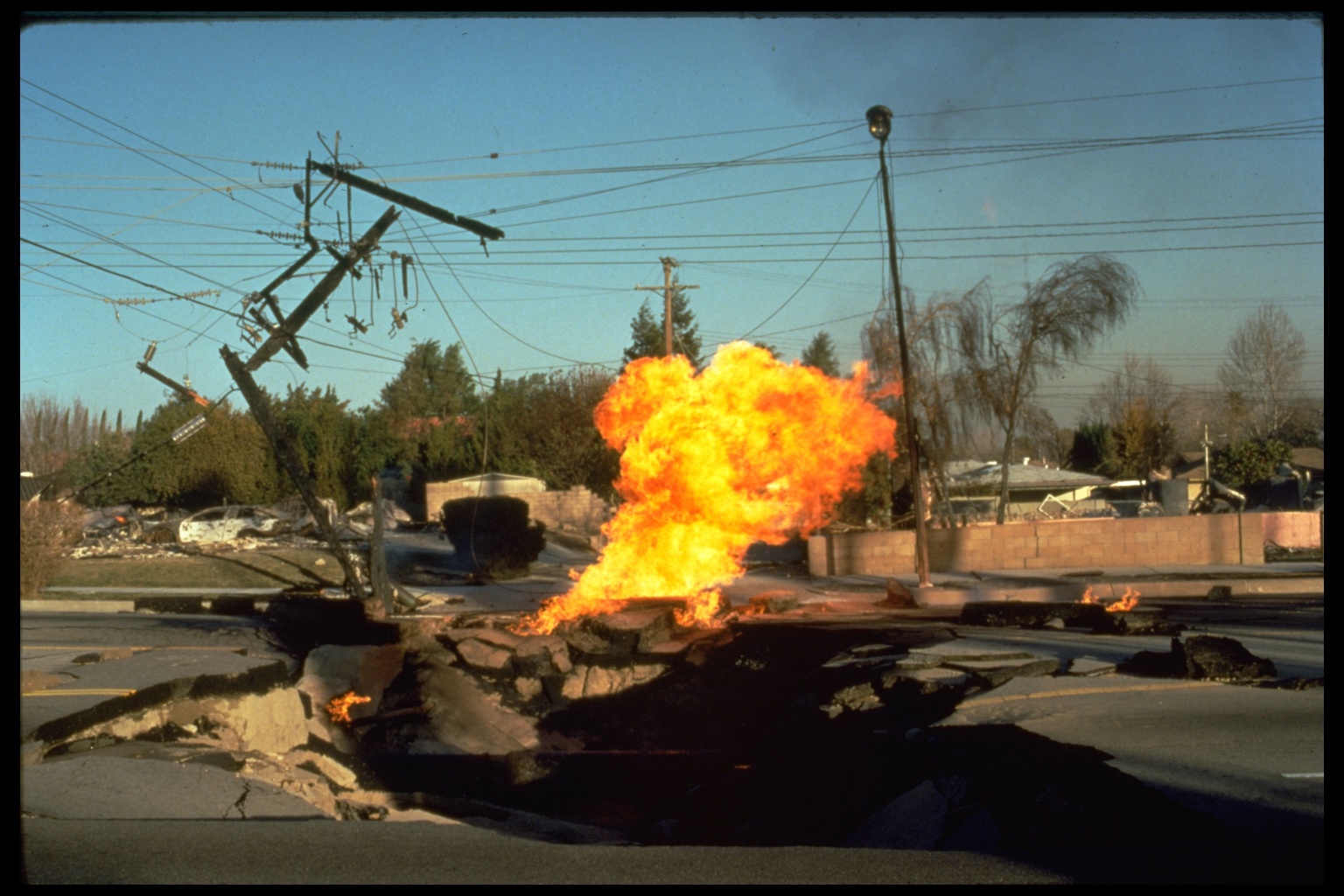 The Big One Is Coming To Southern California. This Is Your Survival Guide

A major earthquake is going to hit along the southern San Andreas fault. We don't know when, but we know what happens next. Here's what we've learned to help you survive. 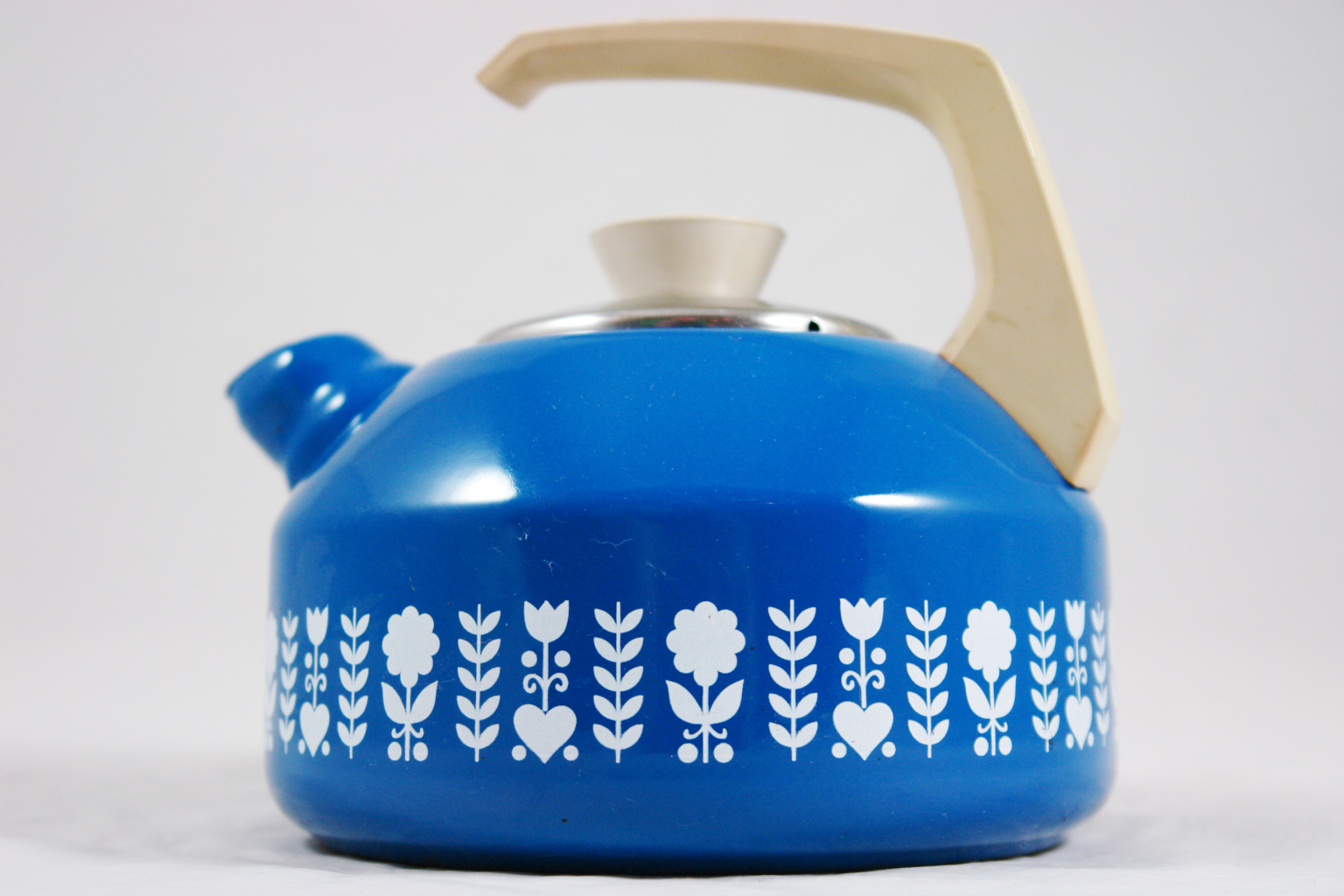 How To Not Get Life-Threatening Diarrhea After A Major Earthquake

L.A. could be under a "boil water warning" for more than a year after a major earthquake. What if there's no way to boil your water? Bleach. Read our guide. 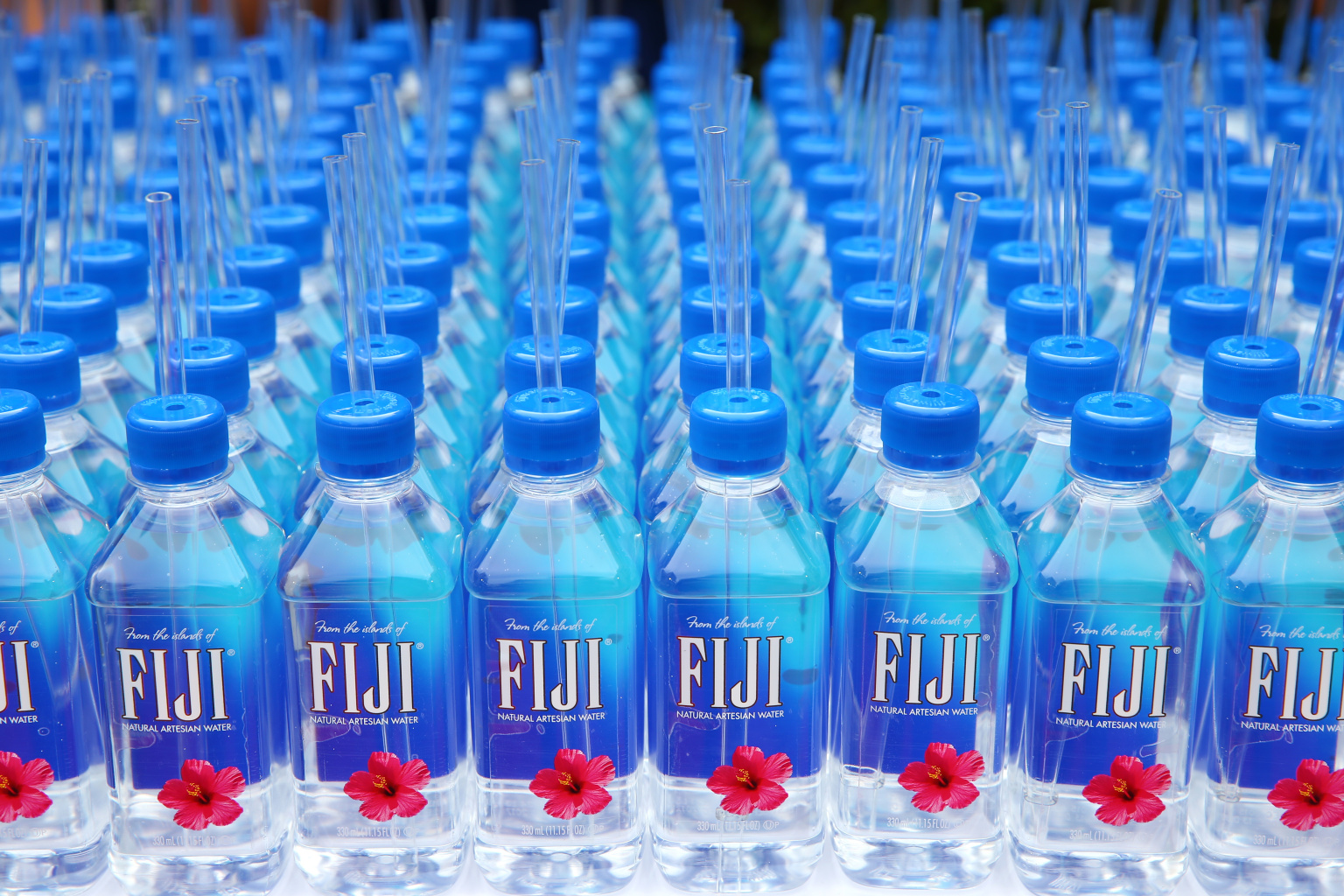 For Earthquakes, Forget The 'Go-Bag.' Here's How To Prepare

You'll need more than a bag. Start by printing out this document and placing water all over your house. 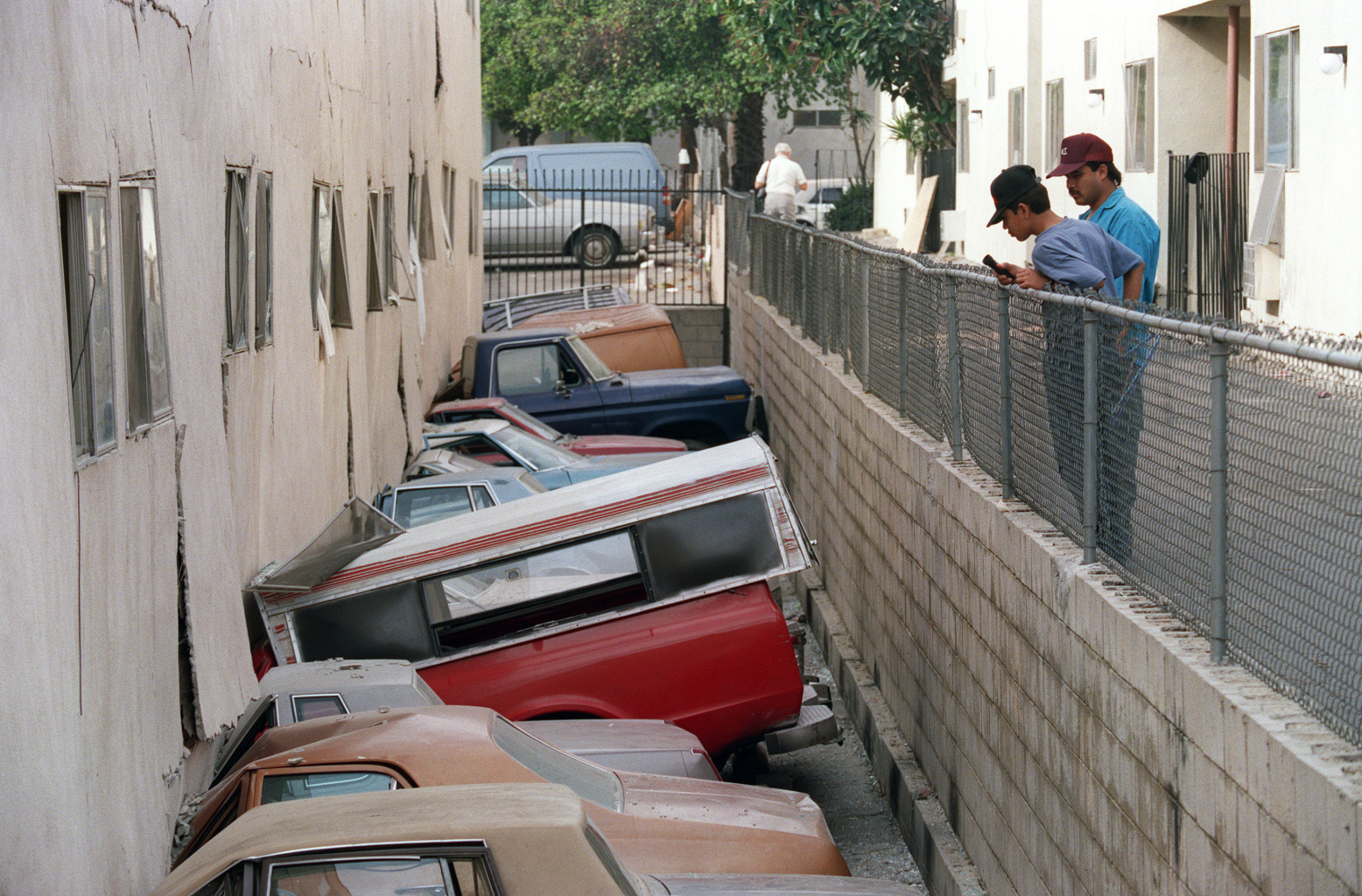 If you don’t know the condition of your apartment or house, you won’t know your risks if you’re home when another big quake hits. Ask these key questions. 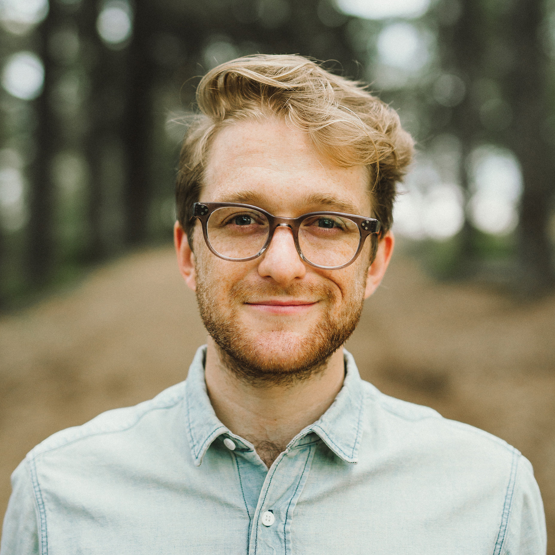 Born and raised in earthquake country, Jacob knows first hand what it's like to be ripped from your bed in the middle of the night with the ground shaking beneath your feet. Hoping to help make sense of our crazy world, he became KPCC's science reporter and host of The Big One. 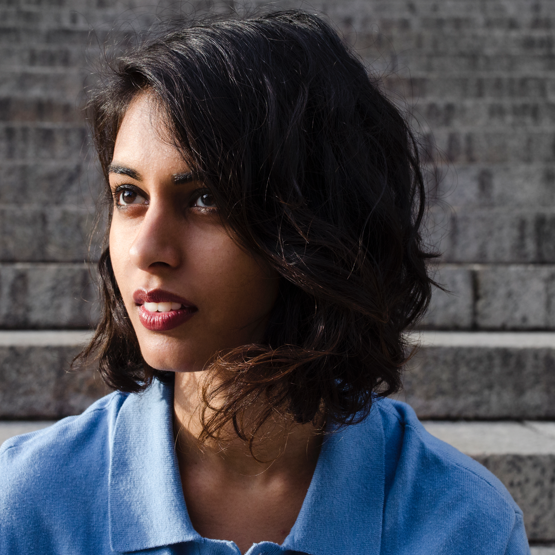 Misha grew up in Pakistan thinking earthquakes were a fun way of getting out of school. After producing this show, she cowers under her dining room table every time she feels a train go by, mistaking it for the big one. 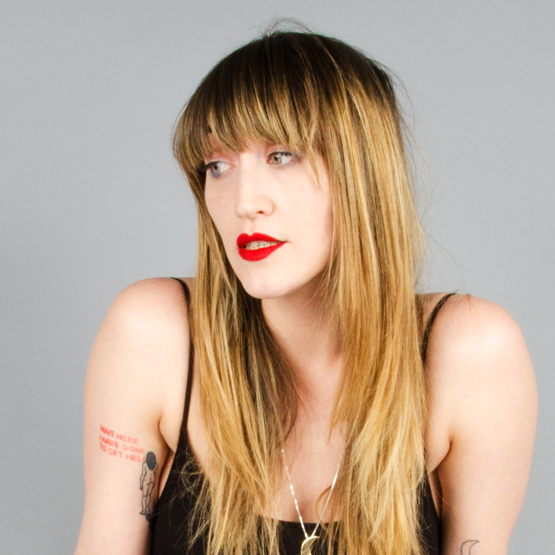 Arwen Champion NicksArwen Champion Nicks has spent collective months of her life watching action and disaster movies but had no clue what she should do in the case of a natural disaster until she began working on The Big One. She now owns flint, a compass, life straws and a whole bunch of distilled water. 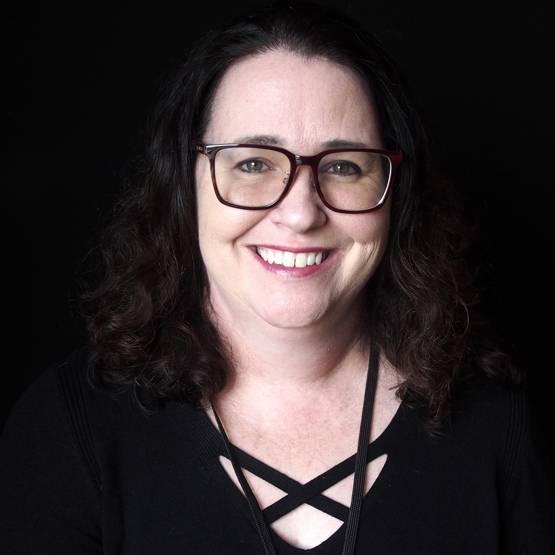 Megan GarveyMegan Garvey, who grew up in the Midwest, once toured the San Andreas fault with a geologist and her dad and it didn't make her feel one bit better about earthquakes. She's a veteran of editing stories on impending structural doom but still needs a much better earthquake kit (although she may be the only one on this project with a phone book at home.)
About

LA is the heart and soul of the new America, a city driven by its diversity, its work ethic, and its obsession with what’s next. But it’s also a state of mind, the creator of global culture, and the place where the idea of the future often begins.

LAist Studios exists to reflect those values, and the incredible diversity of people who live them. We create world-class podcasts and on-demand audio news, information and storytelling that moves people emotionally and socially. And we do it by identifying creators with new voices and fresh ideas, young people of color often locked out of mainstream media.

LAist Studios is a creative home for what’s next and who’s next. We exist to tell LA stories to the world.