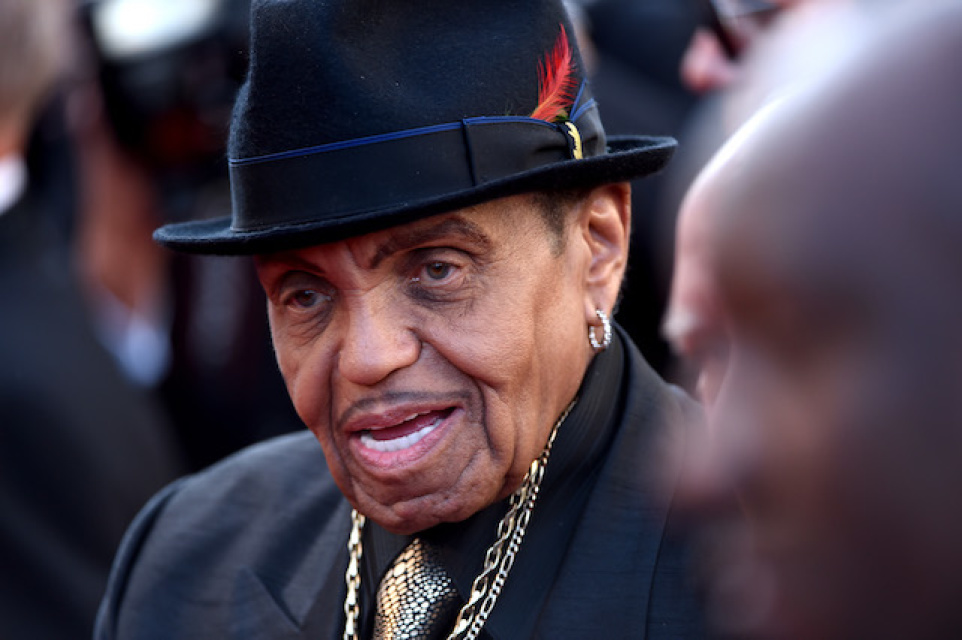 Joe Jackson attends the 'Clouds Of Sils Maria' premiere during the 67th Annual Cannes Film Festival on May 23, 2014 in Cannes, France. (Photo by Ian Gavan/Getty Images)

Joe Jackson, the controversial father figure known as "Papa Joe" who allegedly abused Michael Jackson and his famous siblings on their way to superstardom, has died. He was 89. He died early this morning in Los Angeles, following a battle with cancer.

"We had developed a warm relationship with Joe in recent years and will miss him tremendously," the statement said. "Joe was a strong man who acknowledged his own imperfections and heroically delivered his sons and daughters from the steel mills of Gary, Indiana, to worldwide pop superstardom."

The legendary talent manager seemed to acknowledge his poor health in a final tweet on Sunday.

Jackson family members and others who knew him paid tribute to the patriarch on social media.

RIP to the king that made everything possible!!! I love you grandpa 🖤🖤 pic.twitter.com/SI1C7lUuG6

Joe Jackson, brother beloved, patriarch & creator of one of the most talented American musical dynasties. We will remember him as long as his family’s music plays. Offering prayers and condolences to the Jackson family. #RIP #NeverCanSayGoodbye #JoeJackson pic.twitter.com/ws7vFmeRxi

Thank you, Joe (the king of kings) for everything. You are now with our beloved Michael. I love you....I’m praying for The Jackson family...Love, “Foot” #joejackson

Jackson was born in Arkansas, but spent time in Oakland and Chicago before ending up in East Chicago suburb Gary, Indiana. That's where the Jackson Five was born, literally and metaphorically. After their careers took off, Joe moved the family to California.

The family saw huge success both together, with Michael's solo career and with Janet Jackson's own independent career.

However, Joe was allegedly both physically and emotionally abusive, as he also pushed them professionally. Their sister La Toya also accused Joe of sexual abuse, before later recanting. Michael Jackson spoke about the abuse he experienced in a 1993 Oprah Winfrey interview.

"There’s been times when he’d come to see me, and I would get sick. I’d start to regurgitate," Michael said. In his biography Moonwalk, Jackson wrote, "We'd perform for him and he'd critique us. If you messed up, you got hit, sometimes with a belt, sometimes with a switch. My father was real strict with us — real strict."

Michael later spoke more favorably of Joe, quoted by the Associated Press as saying, "I have begun to see that even my father's harshness was a kind of love, an imperfect love, to be sure, but love nonetheless. He pushed me because he loved me."

Joe spoke about whipping Michael in a 2003 BBC interview. Despite the alleged abuse, the family has still shown love publicly for Joe.

Disgusted by some of the comments I’m reading about my grandpa Joe by those who didn’t even know him. Please don't just regurgitate what you were spoon fed by the press. Joe was loved by our ENTIRE family and our hearts are in pain. Let us grieve without the nastiness.#ripthehawk

Fans also tweeted support while wrestling with the man's legacy, acknowledging his contributions to R&B and pop music.

Say what you want about Joe Jackson, he turned them Black kids from Gary, Indiana into ICONS.

Jackson was named Best Entertainment Manager of All Time by the Rock and Roll Hall of Fame.

Michael Jackson died nine years and two days ago. Joe is survived by his wife Katherine and eight of his children, including the rest of the Jackson 5.

News happens every day. Here at LAist, our goal is to cover the stories that matter to you and the community you live in. Now that we’re part of KPCC, those stories (including this one you’re on right now!) are made possible by generous people like you. Independent, local journalism isn't cheap, but with your support we can keep delivering it. Donate now.