Natalie Portman Made A Documentary About Cow Mucus, Swine Feces And Other Reasons You Shouldn't Eat Meat 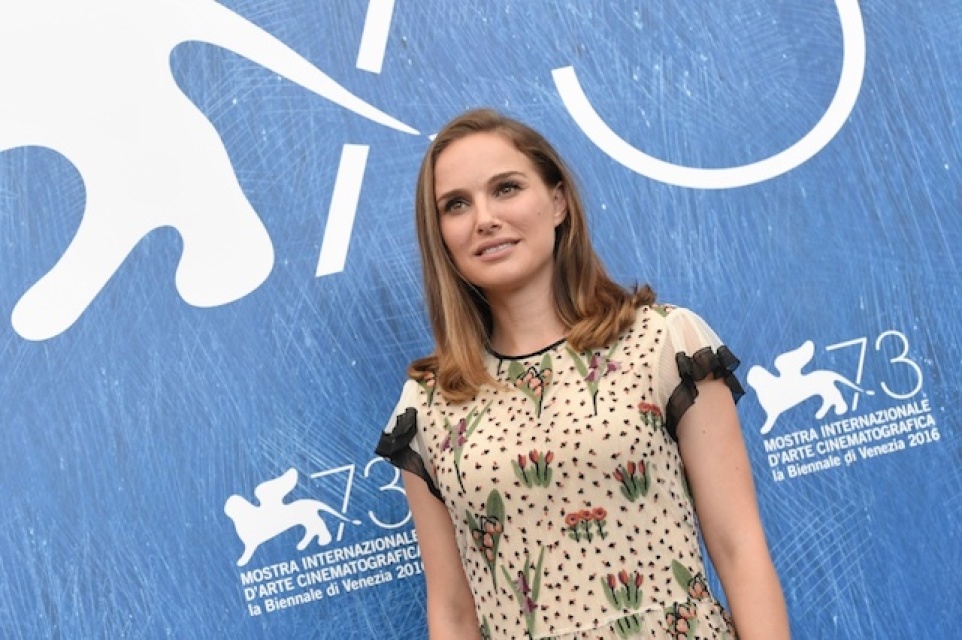 By John Horn with Monica Bushman

New documentary Eating Animals is produced and narrated by actress Natalie Portman. The film raises troubling questions about the people — and, more accurately, the conglomerates — who raise and grow most of the food we eat.

Portman was a vegetarian since she was young, but reading Jonathan Safran Foer's book that the film is based on led to her becoming vegan and getting involved in food activism.

"It really changed me," Portman told John Horn from KPCC's The Frame at the Telluride Film Festival. "I became a vegan from being vegetarian, because he chronicles the dairy and egg industries, as well as the fish and different meat, poultry [industries]. And it also made me go from [thinking], 'I'm just going to make decisions for myself,' to being someone who wanted to be an activist for it."

(You can listen to the full interview here and subscribe to the Frame's podcast on iTunes/Apple Podcasts.)

We'd like to think there's a way for many people to shop for farm-to-table food. But the vast majority of American meat and produce comes our way not from family farmers, but through sprawling corporations whose decisions are almost always governed by profitability. If you really want to buy free-range eggs and meat from pigs and cattle who graze outdoors, it isn't cheap.

Still, you still have choices. The film ends with the line, "You vote three times a day with your fork."

"There's a reason that food, and food restrictions, are such a big part of every religion," Portman said. "Because it is a way that you can state what you believe in and what you care about three times a day. Voting is a statement of believing in something, caring about something, making decisions based on what you care about."

The film shows different aspects of how animals are treated on the way to becoming food.

"It's not just an ethical question of how you want to treat animals," Portman said. "It's also an environmental issue. It's also a social issue because, of course, these factory farms are located near the poorest areas, and they're spraying feces into the air and making the people there very sick. And those people have no political power or clout. ... And that they're genetically engineering turkeys with obese genes to have more fat because Americans like fat."

Portman called it "outrageous" and "upsetting." The film raises a lot of issues with passionate feelings held on different sides.

"It can be a completely elitist solution to talk about small farming, because you're talking about more expensive meat. And that's only available in fancy farmer's markets or fancy grocery stores that don't exist in many areas," Portman said.

Still, Portman has a two-part answer for what she'd like to see happen. The first step: people eating less meat.

"It's unrealistic to expect that people are going to become vegetarian or vegan based on this. But it's been a lie that you have to eat meat every meal. That's been an advertising ploy," Portman said. "So if everyone said, 'You know what? I'm only going to eat meat once a day, or I'm not going to eat meat one day a week,' like this 'Meatless Monday' sort of trend, that would make a huge [environmental] impact."

Portman suggested that, if people decrease their consumption, then maybe they can afford quality, ethically sourced, environmentally friendly meat that doesn't harm humans or animals.

The second part of her solution: moving away from factory farming.

"It's sort of been a lie that they've fed to us that factory farming and this industrialization of animal farming is helping feed the world," Portman said. "We have more starving people than any other time in history. We have starving people in the United States. We're not feeding the world. We're just creating an industry that is torturing animals, that is polluting our environment, and that is hurting the health of humans."

The research that surprised her the most while producing the film: cow mucus in milk.

"There's a legal pus limit in milk that the U.S. government has set. I think it's like 11 percent that's allowed," Portman said. "And these swine factory farms channel all of the feces into these lagoons. And then when you fly over, you see these pretty pink bodies of water but, of course, they're just swimming with feces. And it's going right into the soil."

She was also shocked that avian flu, swine flu, and E. coli are found on things like spinach.

"That's happening all because of factory farming, because you're basically creating a system where the animals are sick, they're pooping into the ground their sick bacteria, and it's getting into our other food sources. I mean, why are vegetables getting E. coli now?" Portman said.

Portman believes there are tangible steps people can take after seeing the film.

She said that it's actually easier for her to talk about this documentary than a regular film that she's acting in.

"When you're making a fiction feature, you don't have a statement," Portman said. "Art is more ephemeral than that. It's not something you can grab on to and explain. It's something that is more felt in your stomach. And that's why you should just see it. You don't have to talk about it."

People agree they don't want to hurt animals or hurt the environment, Portman said, so she thinks the film "should be compelling to good people."