Mexico Or South Korea? I Asked My Co-Workers Who To Root For And It Got Heated 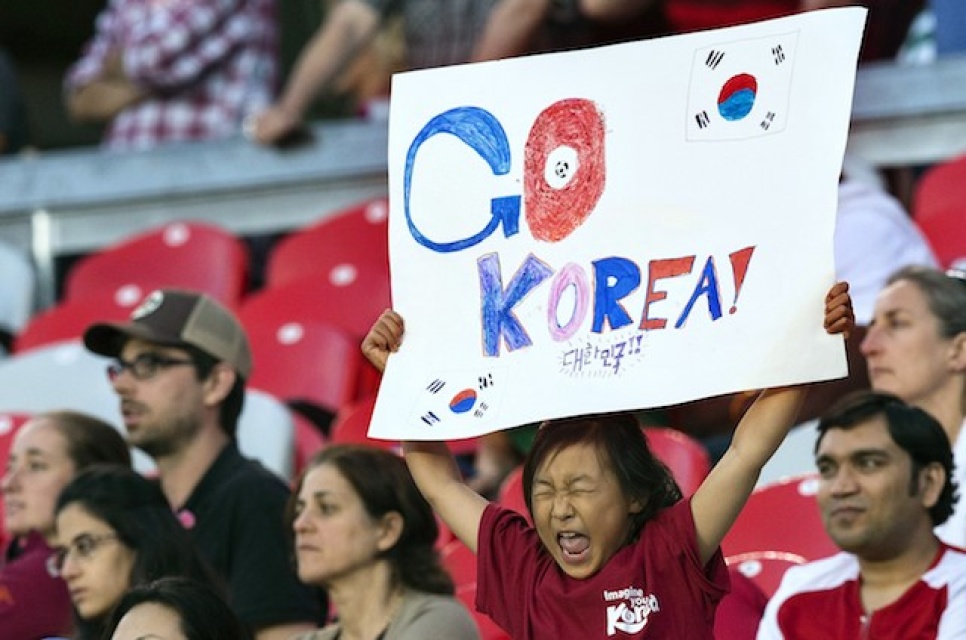 It started with an innocent question over the office Slack:

Now, here's the part where I secretly, not so secretly admit that what I know about soccer lives and dies with David Beckham. #PoshSpice #SpiceWorldForever All I really wanted to do was stir up sh figure out who to root for in Saturday's World Cup game, or as my talented colleague Emily Guerin calls it: "THE BATTLE OF LOS ANGELES." Los Angeles County is home to more than 3.5 million people who identify as Mexican and a smaller (about 230,000), but equally as proud Korean population, according to the 2010 U.S. Census. What better time to get in on the action than the South Korea vs. Mexico game? As expected, the Mexico fans came on strong:

They even offered proof:

I'm 100% convinced my grandma was the reason Mexico won pic.twitter.com/9jBRF5wFPE

Our podcast intern David Rodriguez weighed in: "Mexico is like the underdog in the World Cup today. It would be AMAZING to see them win. That grandma blessing the players is another reason." BUT WHY NO <3 FOR SOUTH KOREA? 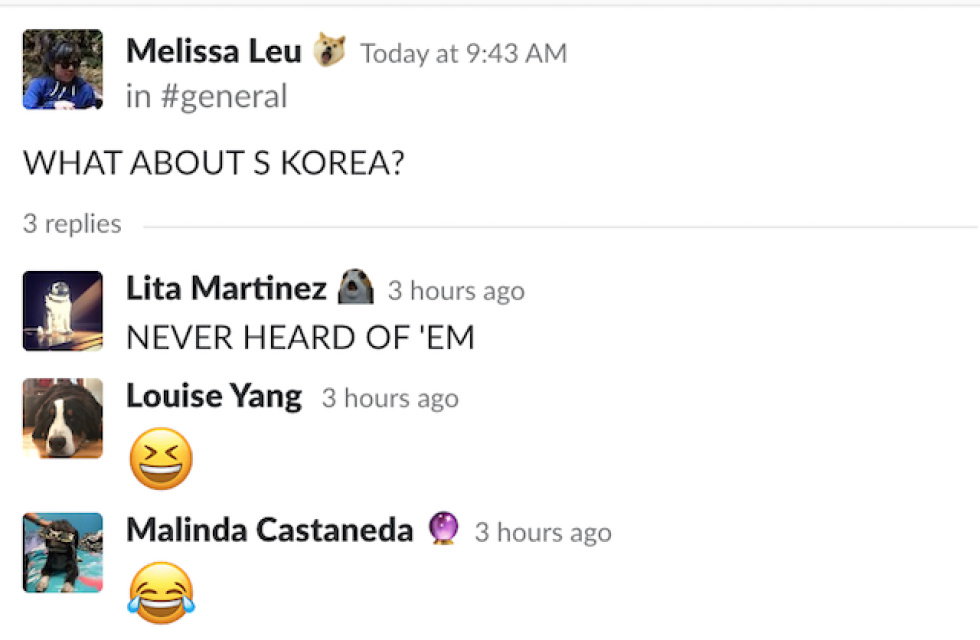 That's when the clapbacks started:

Our Director of Engagement Ashley Alvarado had a minor identity crisis.

"I feel torn in two pieces. When you've got a name that honors two cultures, you want to celebrate both. That said, my house is so fully committed to El Tri that I wouldn't be surprised if there were another human-triggered earthquake tomorrow centered in Pasadena. I'll be hiding under the table in my kitchen wearing my Mexico jersey and eating kimchi," she said. At the end of the day, though, we work in public media, which isn't exactly known for its sports prowess.

So, did I reach my GOOOOOOOAAAAAAALLLLLLLLL of finding my team? Not exactly. But at least now I know I can start an office-wide flame war whenever I want. And I can still watch the game and pretend I know what I'm doing. #wannabe