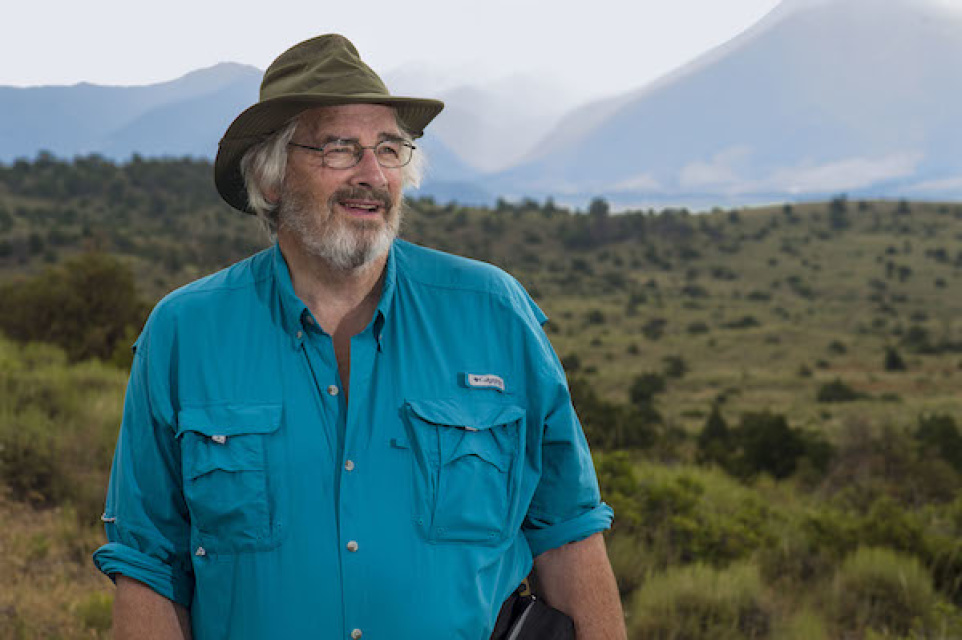 By Monica Bushman with Caitlin Plummer

Looking to beef up your knowledge of dinosaurs? In L.A., your best resource is definitely the Natural History Museum of Los Angeles County. But if you're okay with a less scientifically rigorous method, there's always Michael Crichton's Jurassic Park book and the Jurassic Park movies (or even riding the soon-to-be shut down/revamped Jurassic Park ride at Universal Studios Hollywood).

The good news: anything you've learned from Jurassic Park isn't completely unreliable. There's an actual paleontologist — Jack Horner — who's helped ensure that the dinosaurs and the science in the films are as accurate as possible.

When the book became a movie, Steven Spielberg called Horner to ask if he would work on the film as a technical advisor. Horner has worked on the Jurassic movies, from the original right up to Jurassic World: Fallen Kingdom, in theaters this Friday.

Horner told KPCC's The Frame about his work on the films — and trying to keep the creativity factually on point. (Want to hear more? Listen to the full interview here, and subscribe to the podcast here.)

"One of my favorite scenes in the first movie was the kitchen scene. The original script had the raptors coming into the kitchen — they were after the children at that time — and sticking out their forked tongues, very much like snakes or lizards do. And I stepped in and said, 'They really can't do that. Dinosaurs didn't have forked tongues like lizards or snakes, so we need to take that out,'" Horner said.

"Steven didn't argue with me — he sometimes argued with me, but this time he didn't — but he said, 'You know, We need to fill that space. If we're going to take that scene out, we need to fill it with something else.' And so it was later decided that before the dinosaurs come into the kitchen, they would look through that window into the kitchen and the dinosaur would snort and it would fog up the window. Only warm-blooded animals can fog up a window, so it's a tiny little suggestion that dinosaurs are warm-blooded."

"The Jurassic Park movies are a story, right from the very beginning, so we can't really change those dinosaurs or the way they look anywhere in the films," Horner said. "But nowadays, we know that dinosaurs look very different."

So, don't depend on the films for what you're going to see in case you ever get the chance to time travel.

One reason the movies cheat on what dinosaurs look like, besides trying to look cool: '90s computer graphics.

"When I was working on the first film in 1992 and 1993, we made the dinosaurs look as accurate as we could based on the time — except for we knew at that time that some dinosaurs, especially the raptors, had feathers. But there was a technical problem making feathers in the computer graphics, so we weren't able to make feathered dinosaurs at the time, but we know now that most of the meat-eating dinosaurs should have been feathered," Horner said.

"We've tried to fix that along the way by sort of having a caveat in Jurassic World that basically says that the dinosaurs were genetically modified to be scary rather than accurate.

The series of movies, the Jurassic World reboot, the ride — it all shows the ongoing fascination with dinosaurs. Why do we find them so marvelous?

"First off, they're gigantic. A Tyrannosaurus rex is 40 feet long. Some of these big sauropods are 100 feet long," Horner said. "They're just enormous animals and they're different than anything that's alive today. Completely different — there's no animal alive today that looks like a dinosaur. And they're gone, so they're just like these gigantic imagination engines, especially for little kids."

Get another chance to imagine — with the help of Horner's consulting — in theaters this weekend.