Why LA's Latino International Film Festival Is Finally Back 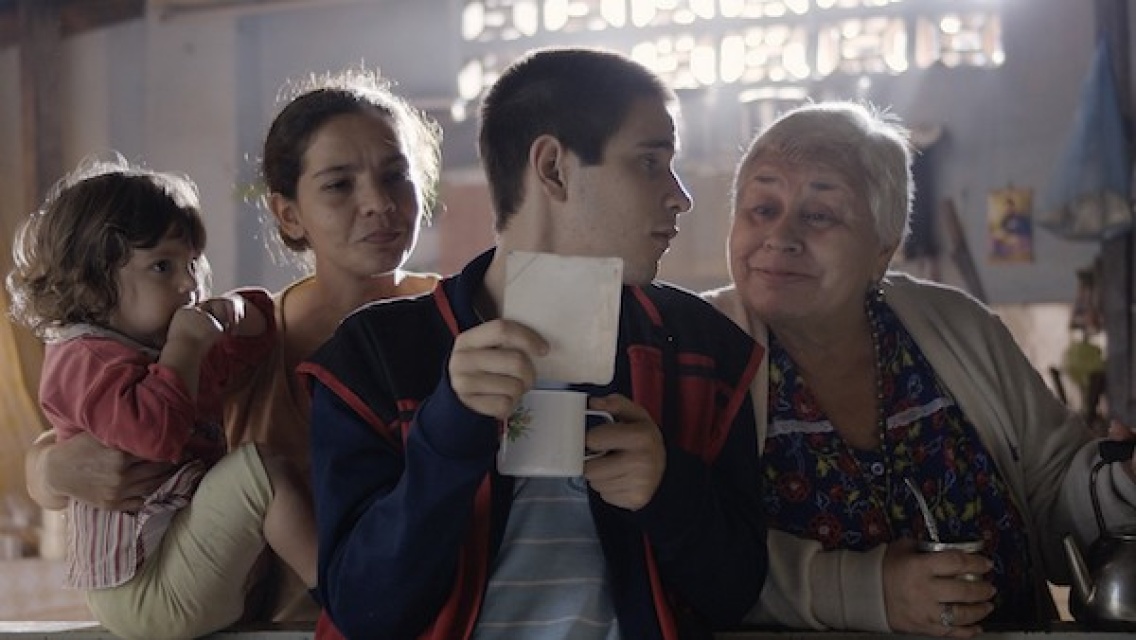 A scene from The Gold Seekers (Los Buscadores), the 2017 Paraguayan film that is closing LALIFF. (Photo courtesy Maneglia Schémbori Realizadores)

By Monica Bushman and Caitlin Plummer

LALIFF (pronounced "lah-LEEF" — it stands for the Los Angeles Latino International Film Festival) brought films by Latino filmmakers from all over the world to L.A. from 1998 to 2013. Then it went away — for five years.

Now the festival is back, June 20-24 at Hollywood's TCL Chinese Theatre. LALIFF is the largest Latino film festival in Los Angeles. In its early years, it was home to the first films of Oscar-winning directors like Alfonso Cuarón, Alejandro G. Iñárritu and Guillermo del Toro.

KPCC's The Frame sat down with Olmos and LALIFF's new executive director Rafael Agustin (who writes for the CW's Jane the Virgin and is developing a new show based on his own experience as an undocumented immigrant called Illegal) to talk about how the festival came to be 20 years ago and why it's back now.

How did LALIFF start?

LALIFF was founded in 1997 to "bring cinema — Ibero America Cinema — right here to Los Angeles and to the United States," Olmos said. "And over the years we've been able to grow into a very strong international film festival."

The first festival in 1998 brought Cuarón, Iñárritu, and del Toro from Mexico to screen their first films.

"We introduced them to Warner Brothers, to Paramount, to Disney, to Universal, to 20th [Century Fox] — all the major studios, we took them around as we do to all of our filmmakers as we bring them into the United States," Olmos said.

Why did it go away?

Something called the Youth Cinema Project: a statewide project-based learning program that teaches filmmaking to students as young as fourth grade. It started out as the LALIFF Youth Program. It's currently in 19 schools across the state and involves about 1,400 students, many of whom are considered "at-risk," or "emerging" as Agustin put it.

So when the festival took a hiatus in 2013, the Latino Film Institute put all its energy into its youth program.

"When we think about #OscarsSoWhite, the answer to that is not changing voting regulations — and I say that with all due respect because Mr. Olmos is a member of the Academy," Agustin said. "The answer to #OscarsSoWhite is developing our communities of color at an early age, which is exactly what we're doing."

Agustin said that even though U.S. Latinos include incredibly talented and successful actors, directors, and cinematographers, there aren't as many screenwriters or auteurs.

"What we've been lacking is storytellers," Agustin said. "No one truly is developing these storytellers. That's why we decided to focus our attention on the Youth Cinema Project. It has become the heart and foundation of everything that LALIFF stands for."

This year, students made 128 films through the program — and yes, that even includes the fourth graders.

Why is it back?

Because it was time.

What's going be there?

LALIFF is going to be a little different this year. It's not just going to show professional films — it's also going to have elements showcasing other forms of successful Latinx art.

"When we discussed bringing back LALIFF, we wanted to make sure we were embracing everywhere that we were advancing, such as art, such as music, such as podcasts," Agustin said. "And we're gonna continue to do that moving forward."

This is also the first time LALIFF will include a smaller student festival within the larger event. "LALIFF Legacy" will show some of the films made by students in the Youth Cinema Project. If you want to check it out, it's free and open to the public Saturday and Sunday, and the student filmmakers will be coming from all over the state to be there too.

"They're all going to be gathered at one place, networking with each other and with professional — international and U.S. Latino filmmakers," Agustin said.

It depends on what you're looking for. Each screening costs about the same as your average movie ($12), but some special events are pricier.

These feature films (listed in alphabetical order) are going to be screened this year: