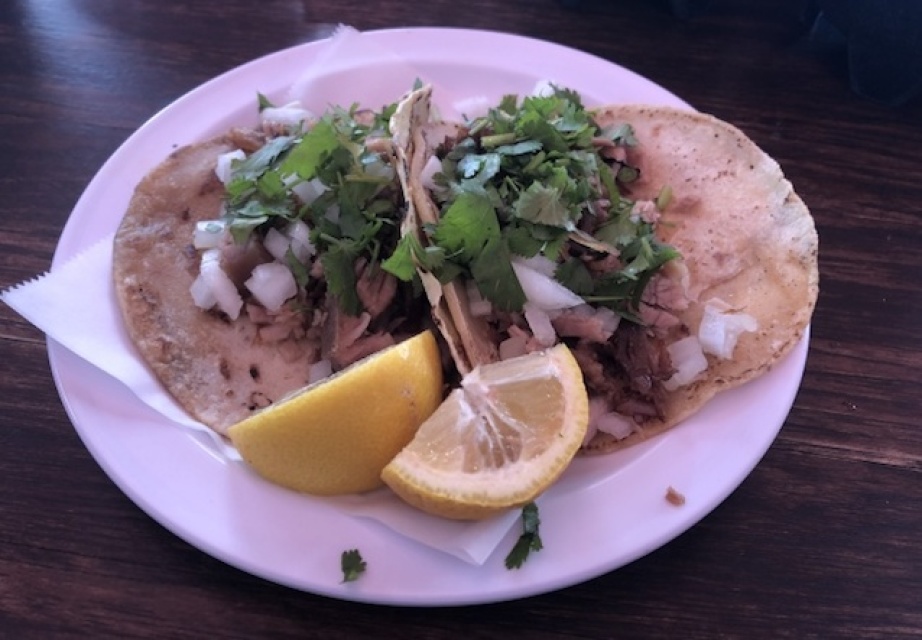 Arturo Palacios' L.A. Cycle Taco Tour is a nine-mile bicycle ride through Boyle Heights that comes with a side of local history.

The idea was first conceived as a route in Hollywood, but Palacios soon thought better of it.

"We want to show people the real side of Los Angeles, not the manicured side," he told KPCC's Lori Galarreta and Austin Cross when he took them on a special edition tour.

"Doing my tours on bicycles allows us to go through places that nobody else could go through," he said. 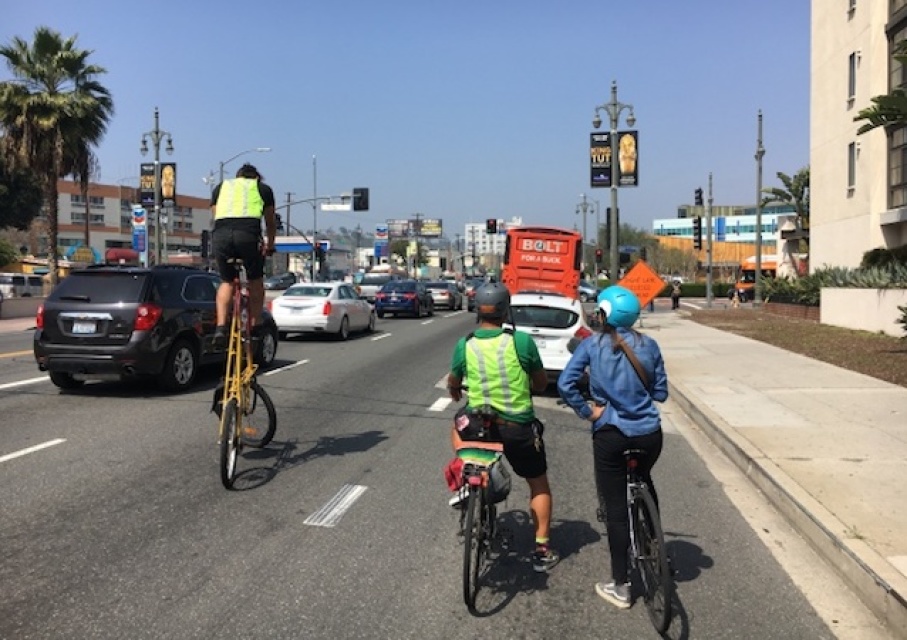 Biking through Los Angeles gives you a different view of the city. When things pass by slower, you see and notice more. It all feels more personal. And that's what it's all about for Palacios.

"On a bicycle, you slow down and you appreciate your community more," he said.

Here are a few things Lori and Austin learned and ate on their ride.

SERVING THE COMMUNITY FOR 48 YEARS 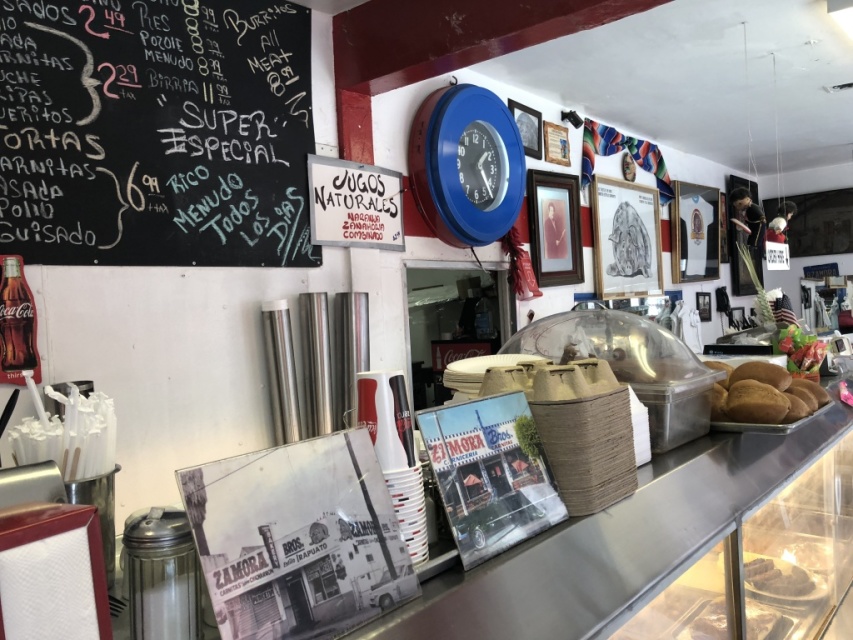 A staple in Boyle Heights, the family-owned eatery has been serving patrons for more than 45 years.is known for its carnitas, which is prepped in the style of Guanajuato cuisine.

The business started as a carniceria, or meat shop, and was later converted into a restaurant, according to Palacios. Customers can still buy meat in bulk, as the shop sells trays of carnitas, barbacoa and more. 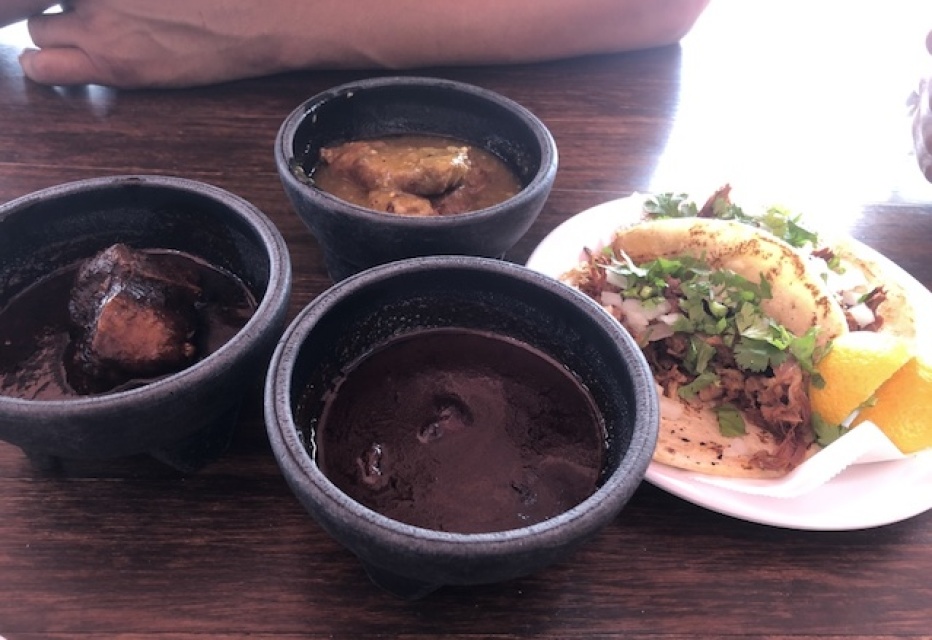 Some of the offerings at Zamora Brothers in Boyle Heights. (Photo by Lori Galarreta/KPCC)

HOME OF THE 'PIMPED-OUT TACO'

The Monchies taco truck was next. It's been a stop on the taco tour since the beginning. Palacios clarified that Monchies does not mean "munchies," rather, it's a nickname for people named Ramón.

When Palacios first saw the truck he noticed "something that didn't even look like a taco and I had to try one for myself ... I was blown away," he said.

It was the memela, or as he nicknamed it, "the pimped-out taco." 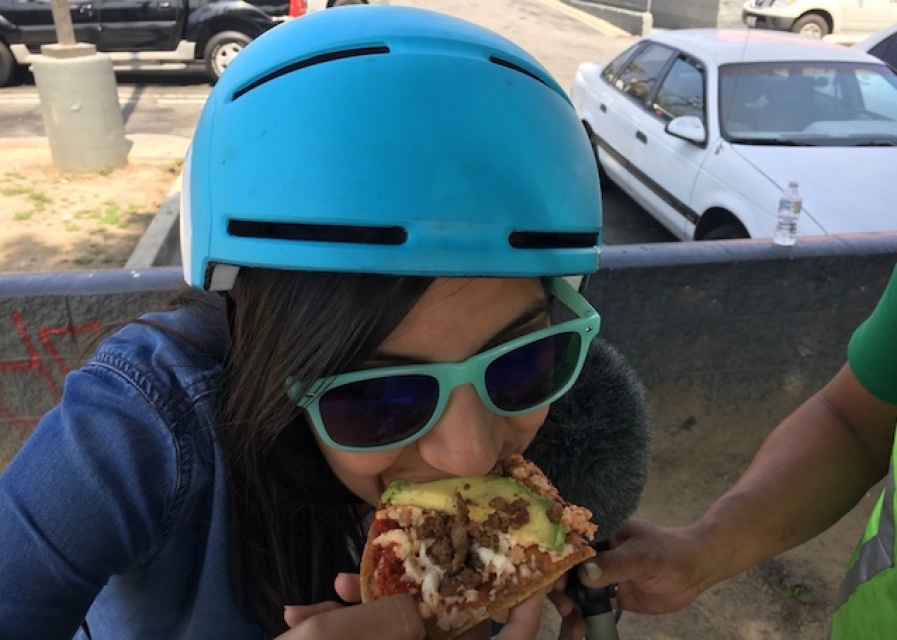 This particular memela is made in the Puebla style, where black beans are king, and it kind of looks like a pizza. The crowdpleaser creation, a favorite with vegetarians, sits on a handmade tortilla with avocado, black beans, house red sauce, California chilis and queso fresco.

ROLLING WITH THE PUSHBACK

Outsiders rolling through these communities and patronizing these types of taco shops has not been without criticism.

"There are people out here who are against gentrification and they are known for heckling folks," Palacios said. "I think most of them are misinformed. I like to not heckle them back but kind of argue with them and ... point out the facts to what we're doing here"

And what Palacios is trying to do is show another side of the city and communities he loves. He often has native-born Angelenos on his tour who challenge him to teach them something they don't know about L.A. 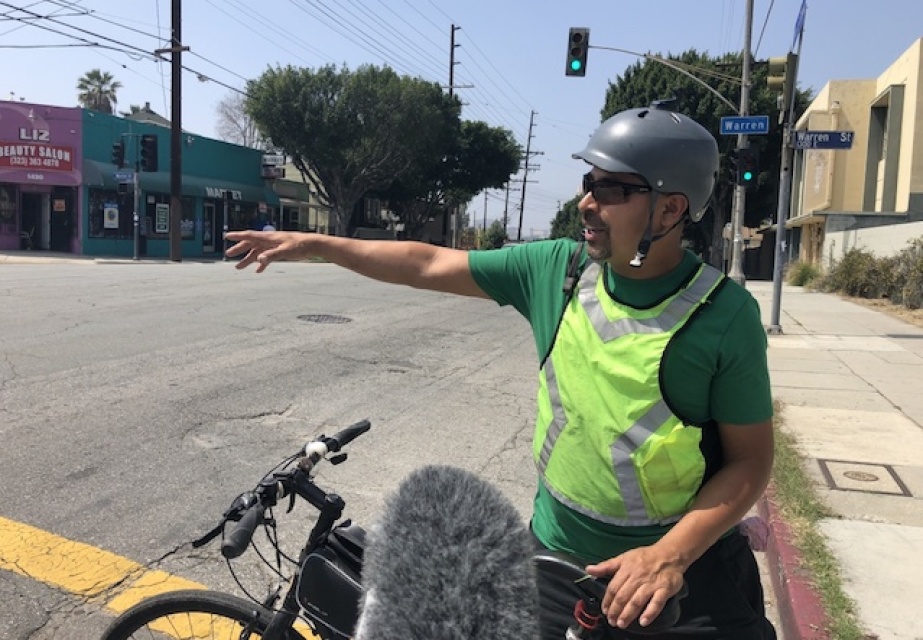 Arturo Palacios, creator and guide of the L.A. Cycle Taco Tour, talks with Take Two producers about his tour. (Photo by Lori Galarreta/KPCC)

"A lot of times, a lot Angelenos say...'I didn't know that about this community,' and that makes me feel good," said Palacios.

And when tourists and out-of-towners ride along, Palacios said his mission is to change the perception they might have about the community.

Editor's note: A version of this story was also on the radio. Listen to it here on KPCC's Take Two.