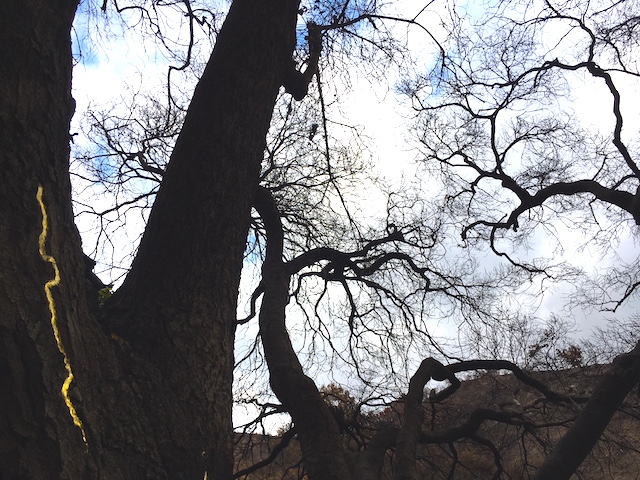 In June 2015, an anonymous art collective installed a wooden teahouse atop a mountain in Griffith Park and invited visitors inside to write down their wishes over a cup of tea. The whimsical structure, made of reclaimed redwoods that caught fire in the park in 2007, became one of the most talked-about — and highly Instagrammable — pieces of public art in recent memory, and not just because its eventual removal by the city sparked outcry.

A string of more recent projects by the group, which identifies itself on its website as "three primary artists and a cadre of collaborators," have included other environment-specific natural elements like jacaranda pedals and bioluminescent algae. But the group's latest project, which debuts this weekend in La Tuna Canyon, will thoughtfully revisit the same material that inspired its infamous treehouse: mountains, trees, and fire.

Named "Lost and Found LA," the installation seeks to bring beauty to a part of the Verdugo Mountains that were ravaged by wildfires last month. When the installation opens to the public on Saturday, several badly burned trees in the area will be revived with streaks of shimmering gold. The gold application is an homage to the Japanese art of kintsugi, which involves fixing broken ceramics by applying gold lacquer in its cracks, the artists note in a statement.

Kintsugi, which roughly translates to "golden repair," considers destruction "something to note and remember, rather than something to hide or forget," according to the artists' statement. "In marking something broken with gold, kintsugi literally illuminates the damage, embracing the flaws as a meaningful part of an object's past." 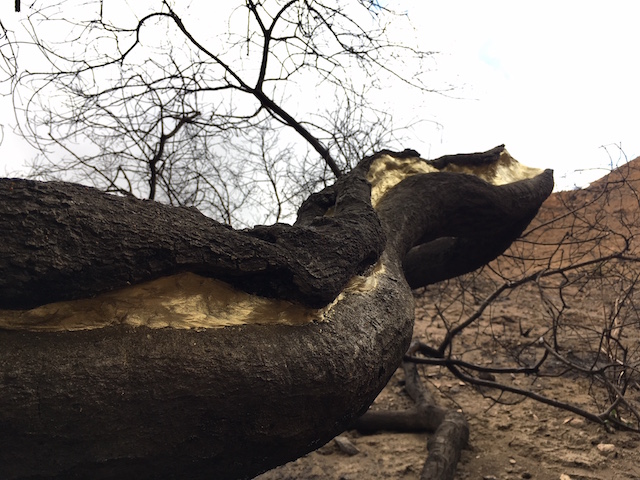 Where exactly can you find these newly-radiant trees? As is typical of this collective's previous projects, you'll have to follow their social media accounts for specific directions in the hours leading up to its unveiling. The group will reveal the location of the Burbank trail on Friday night on Twitter and Instagram under the handle @UpcomingLA and on their website.

The exhibit is scheduled to be up through Nov. 12, but it's unclear how exactly it will be taken down at that point, or whether this installation has been sanctioned by the city.

Unlike other Instagram-friendly interactive art projects like the Museum of Ice Cream, "Lost and Found LA" is free to visit and doesn't require a ticket — just a hike up a charred mountain is all. The artists are advising people to stay on the trail, visit only during the daytime hours, and keep noise at a minimum as a courtesy to neighbors.