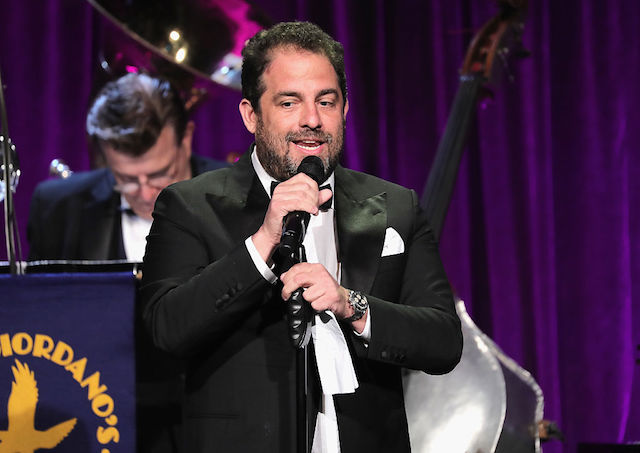 Director Brett Ratner announced Wednesday that he will "step away from all Warner Bros.- related activities" in light of the allegations of sexual harassment and assault leveled against him by six women, according to The Hollywood Reporter.

Actresses Olivia Munn and Natasha Henstridge joined four other women in accusing Ratner of sexual harassment, the details of which were exposed in an L.A. Times report published Wednesday. Henstridge said she fell asleep on Ratner's couch at age 19, adding that she woke up to find herself alone with Ratner, who "blocked the doorway with his body and wouldn’t budge," allegedly touching himself and forcing her to perform oral sex. Munn claimed that on a set in 2004, Ratner masturbated in front of her in his trailer when she went to deliver a meal.

Ratner, who has a first-look deal at Warner Bros, said in a statement to The Hollywood Reporter on Wednesday:

"In light of the allegations being made, I am choosing to personally step away from all Warner Bros.- related activities. I don’t want to have any possible negative impact to the studio until these personal issues are resolved."

The L.A. Times article noted that Ratner disputed his alleged victims' accounts through his attorney Martin Singer, with Singer saying in a 10-page letter to the Times, “I have represented Mr. Ratner for two decades, and no woman has ever made a claim against him for sexual misconduct or sexual harassment."

Ratner previously told Variety that James Toback and Roman Polanski were two of his "closest friends." In addition to Munn and Henstridge, actresses Jaime Ray Newman, Katharine Towne, Eri Sasaki and Jorina King went on the record with the L.A. Times to share their experiences of allegedly being sexually harassed by Ratner.