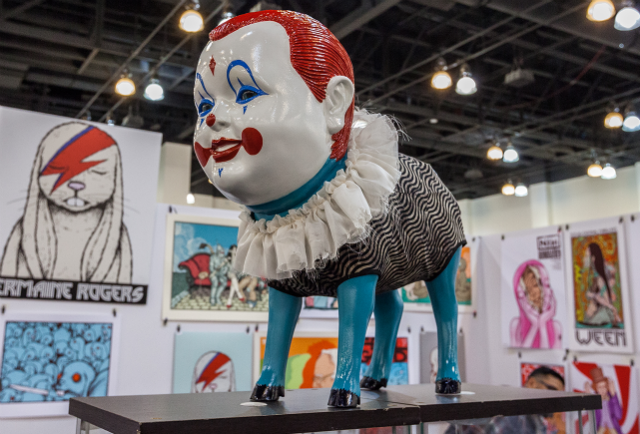 We found a number of notable happenings in November to help plan your social calendar. Read on for all our event picks and details. Did we miss something? Add your event to our comments section.

GRAND AVE ARTS: ALL ACCESS (Arts festival)
Grand Ave Arts - All Access is a day-long event of free programming produced or presented by a dozen institutions, museums, performing arts centers and schools throughout Grand Avenue in Downtown L.A. Running from 11 a.m. to 5 p.m. on Nov. 4, programs include the LA Phil's live rendition of Orson Welles' radio play War of the Worlds broadcasted through the obsolete early warning system; Dias de los Muertos altars at Grand Park presented by Self Help Graphics and LORE Productions; pop-up tours of Venezuelan-born artist Carlos Cruz-Diez’s ephemeral intervention, Couleur Additive, on the crosswalks of 2nd and Grand Avenue; and many other activities. Free.

COMPLEXCON (Festival)
ComplexCon festival returns to the Long Beach Convention Center on Nov. 4-5, bringing together music, art, fashion, retail activations, installations and food for a weekend of performances, pop-ups and more. This year, contemporary artist Takashi Murakami curates the Art Zone at ComplexCon, while performers include N*E*R*D, MIA, Gucci Mane, DJ Khaled and more. Expo tickets start at $50 per day ($90 for both). Expo + concert tickets run $75-$100 for each day.

MUSIC OF STRANGER THINGS (Music)
On Nov. 8, Kyle Dixon and Michael Stein of the band S U R V I V E—better known as the composers of Stranger Things—perform the Netflix show’s synth-fueled score at The Theatre at Ace Hotel. 9 p.m. Tickets: $30-$50.

AFI FEST (Film Fest)
AFI FEST runs Nov. 9-16 with screenings and events held at the TCL Chinese Theatre, the TCL Chinese 6 Theatres, the Egyptian Theatre and The Hollywood Roosevelt. The fest opens with the world premiere of Dee Rees’ Mudbound and closes with the world premiere of All the Money in the World, directed by Ridley Scott. There are free individual tickets to many of the screenings, but passes guarantee admission (and run from $400-$5,000).

MORRISSEY (Music)
Morrissey plays two nights at the Hollywood Bowl on Nov. 10-11. Fans will get one of the first opportunities to hear music from his upcoming album Low in High-School'(11/17 via BMG) as well as many of his classics. This is a lease event, so leave the alcohol at home; and since this is a Morrissey event, only vegetarian food will be served at the concerts. 7:30 p.m. Tickets start at $55.

DESIGNERCON (Design)
DesignerCon (DCON) 2017 returns to the Pasadena Convention Center on Nov. 11-12 featuring two days of collectible toys, art, apparel, ephemera and more. The convention is a great mixture of pop, urban, street and underground art with more than 400 artists, designers and vendors. There are also art shows, panels (including one with John Lasseter), presentations and exclusive releases during both days (Saturday, 10 a.m.-7 p.m. and Sunday from 10 a.m.-5 p.m., 9 a.m. for VIPs). DCON once again teams up with Crewest Studios to help develop programming and the opening night party with DJ Z-Trip. Admission: $10-$35. (Pro-tip: This is the best place to get your Christmas shopping done early.)

LIAM GALLAGHER (Music)
Liam Gallagher goes solo at The Wiltern on Nov. 14. He’s touring this fall and winter in support of his album As You Were. He’s playing the newer material as well as Oasis material. Tickets: $29.50. 7 p.m.

LCD SOUNDSYSTEM (Music)
LCD Soundsystem plays five nights at the Hollywood Palladium to support American Dream, its fourth album and its first in seven years. 7 p.m. The shows are technically sold out, so consult your favorite alternative method of procuring tickets. 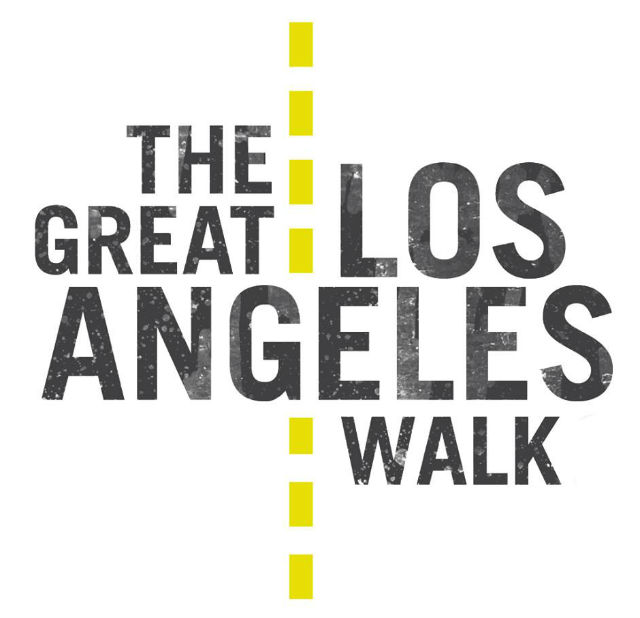 The Great Los Angeles Walk heads down Beverly Boulevard to Santa Monica Boulevard to the ocean this year. (Image via Facebook)

THE GREAT LOS ANGELES WALK (Walking in L.A.)
For 2017, The Great Los Angeles Walk heads across Los Angeles beginning at 9 am on Saturday, Nov. 18. It’s a great way to get exercise and keep the waistlines in check for Thanksgiving. The walk extends from Downtown (start at the Japanese American Museum) to the beach via Beverly and Santa Monica boulevards, and as always, the Walk is completely free. It’s up to the participants to decide how much or little they want to walk, so it’s no pressure, just a lot of fun.

THE WENDE MUSEUM OF THE COLD WAR (Art + history)
The Wende Museum of the Cold War opens its new, expanded campus at Culver City’s Armory Building to the public on Nov. 19 for a free community open house, from 11 a.m. to 5 p.m. The day celebrates the museum’s new headquarters and inaugural exhibitions Cold War Spaces and Russians. The museum holds an unparalleled collection of art and artifacts from Cold War-era Eastern Europe and the Soviet Union and features advanced scholarship about the period since 2002.

TATTOO (Art)
Tattoo is an exhibition that opens at the Natural History Museum of Los Angeles County (NHMLA) on Nov. 19. It explores more than “5,000 years of history, culture, and art connected to ink.” The exhibit features commissioned, tattooed silicone forms; hand-drawn art; videos of tattoo ceremonies; interview footage of practitioners; and the technology and tools of the trade. There’s also a focus on L.A.’s own tattoo scene and includes a working tattoo parlor in which guests can watch demos and set times for special permanent tattoo appointments from L.A.-based artists (advance reservation are required). Tattoo tickets cost $12 for adults, seniors (62+) and students with valid ID; $6 for children (3-12); and are free for Museum members and children age 2 and under. Tattoo appointments: $250. The exhibition remains on view through April 15.

ENCHANTED: FOREST OF LIGHT (Holiday lights)
Descanso Gardens’ holiday season light show, Enchanted: Forest of Light, returns on Nov. 19. The botanic garden’s oak trees and garden collections will be bathed in lights from 5-10 pm through Jan. 7, 2018. Tickets: $23-$28; free for children 2 and younger (tickets are still required). The tours are timed, so advance purchase is required.

SILVERSUN PICKUPS PUERTO RICO BENEFIT SHOW (Architecture)
L.A.’s own Silversun Pickups are playing a benefit show at The Theatre at Ace Hotel in support of Puerto Rico hurricane relief on Nov. 25. All money raised at the show will be donated to "Unidos," a fund managed by the Hispanic Federation, a leading Latino nonprofit organization. Tickets: $35-$150. 8 p.m.

CHRIS ROCK (Comedy)
Comic Chris Rock returns to the stage with his Total Blackout tour for four nights beginning on Nov. 29 at the Dolby Theatre in Hollywood. Tickets: $59.50, $79.50, $99.50 and $150. No cellphones, cameras or recording devices will be allowed — upon arrival, all phones and smartwatches will be secured in Yondr pouches that will be unlocked at the end of the show.