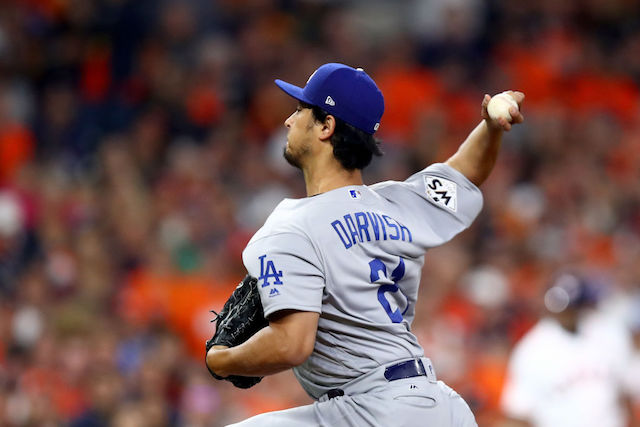 Well, the Dodgers are now in a position where they must win the next two games.

But, whatever happens in the end, both teams can say that they’d participated in what is arguably the best World Series ever played; a series in which the unexpected has become the norm. Among the bigger surprises? The fact that, in just five games, the Astros and Dodgers have combined for 22 homers, the most ever hit in the World Series, notes SB Nation. This breaks the previous record of 21 that was set in 2002 by the then-Anaheim Angels and San Francisco Giants (who played the full seven games in the series).

What makes it even more surprising is that the series features some powerhouse pitchers like Clayton Kershaw, Justin Verlander, Dallas Keuchel, as well as a Dodgers bullpen that had been pretty solid during the postseason. What gives?

It might be that the baseballs are juiced, apparently. At least that’s what pitchers and coaches from both sides of the aisle are saying. As reported in Sports Illustrated, the claim is that the baseballs used in this World Series have a leather grain that’s slicker than normal, making it harder for pitchers to maintain control of their pitches (especially when they’re throwing a slider). Verlander was among the more vocal critics of the balls.

“I don't think it's the case of one pitcher saying, ‘Hey, something is different here,’ ” said Verlander, according to the L.A. Times. “I think as a whole everybody is saying, ‘Whoa, something is a little off here.’”

“I had trouble with the ball throwing a slider. It was slicker,” said Dodger Yu Darvish, who had a pretty horrible time on the mound in Game 3. As noted at Sports Illustrated, Darvish’s signature pitch is his slider; the pitch couldn’t get a single swing-and-miss in Game 3—the first time that’s happened to Darvish in 34 starts this year.

Verlander elaborated on the ball, noting how slick they are to the touch. “I’m telling you, we’re in here signing [World Series] balls before the game, and it’s hard to get the ink on the ball sometimes,” said Verlander, according to Sports Illustrated. “You know when you sign a receipt at Starbucks, and if you don’t hold the paper down with your hand, the pen just slides across the paper and the ink doesn’t stick to it? That’s what it’s like sometimes trying to sign these balls. That’s how slick the leather is.”

MLB brass, however, have categorically denied that anything’s wrong with the baseballs. "I'm absolutely confident that the balls that we're using are within our established specifications," commissioner Rob Manfred said Friday (right before Darvish’s horrific Game 3), reports ESPN.

According to the Times, MLB spokesperson Pat Courtney reiterated the claim, saying that “World Series baseballs are tested at the time of manufacturing and are made from the same materials and to the same specifications as regular season baseballs. The only difference is the gold stamping on the baseballs.”

Right now, it doesn’t seem like there'll be any change with the baseballs. As such, the Dodgers will have to amp up their offense if they want to stave off a bitter loss: while five different Astros have hit more than one home run this series, only two Dodgers (Joc Pederson and Yasiel Puig) have done the same.