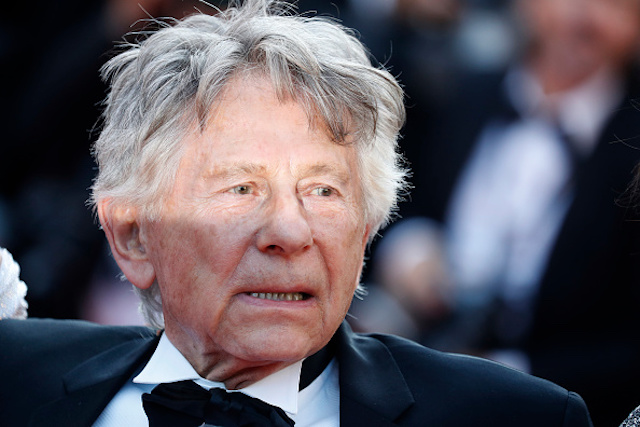 Polanski at the Cannes Film Festival in 2017. (Photo by Tristan Fewings/Getty Images)

Roman Polanski attended the opening of a retrospective of his films at the Cinémathèque Francaise in Paris on Monday, amid a protest organized by French feminist group Osez le féminisme.

The feminist organization originally petitioned to have the Polanski retrospective canceled, according to The Guardian. The petition didn't succeed, so the group planned to organize a protest outside the retrospective instead. The group was joined by women from another feminist organization called La Barbe as well as some protesters from Femen, the international feminist group known for its topless protesters. Two of the Femen protesters were removed from the demonstration by security, according to Deadline.

“It’s an affront to all rape victims, and particularly Polanski’s victims,” the original petition read, according to the Guardian. “Polanski deserves dishonor, not honors.” It claimed the Cinémathèque retrospective was an affront to the legions of women who have spoken publicly in recent weeks about being victims of sexual harassment and assault in the wake of the Harvey Weinstein allegations. Osez le féminisme chose to protest the Polanski retrospective because the director is still wanted in the U.S. for charges of sex crimes against a 14-year-old girl in 1977. He has also been accused of sexual assault by four other women. It should be noted he is still represented by the same agent who recently dropped James Toback as a client after Toback's history of alleged sexual assault was published by the L.A. Times.

The protest was previously announced but did not deter Polanski from attending.

Costa-Gavras, the head of the Cinémathèque Francaise, said it is not the role of his organization to moralize. “True to its values and independent tradition, the Cinémathèque does not see itself as a substitute for the law,” he said in a statement, according to the Guardian. “We don’t give out prizes or certificates for good behavior. Our ambition is different: to show the complete work of filmmakers and to place them in the permanent history of the Cinémathèque," he added.

French citizens have responded in droves to the allegations of sexual harassment and assault that have been circulating ever since the New York Times released its report on Weinstein's alleged history of sexual predation. French people took to Twitter for their own version of the #MeToo campaign (a viral movement in which victims of sexual assault and harassment tell their stories). The French term is "balance ton porc," which roughly translates to "expose your pig." The online movement inspired France's gender equality minister Marlene Schiappa to suggest instilling a fine for street harassment.