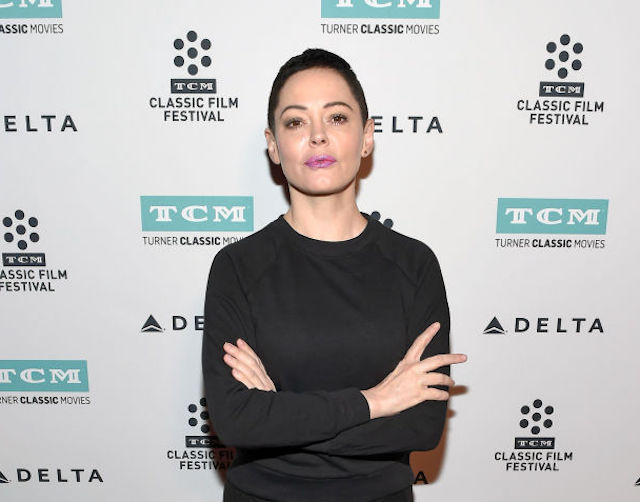 Rose McGowan has claimed someone close to Harvey Weinstein offered her $1 million in late September to sign a nondisclosure agreement after she learned their previous settlement from 1997 did not include any requirements of confidentiality.

In speaking to the New York Times, McGowan said the offer came when several women were speaking on the record with the Times and Ronan Farrow for what emerged as two bombshell reports on decades of Harvey Weinstein's alleged sexual harassment and sexual assault. McGowan was named as one of the alleged victims in the New York Times report, which cited McGowan and Weinstein's $100,000 settlement from 1997. McGowan elaborated on Twitter after the report was released, alleging Weinstein raped her.

1) @jeffbezos I told the head of your studio that HW raped me. Over & over I said it. He said it hadn’t been proven. I said I was the proof.

McGowan tells the Times she had many people encourage her to take the money because her personal funds had grown thin (she both had stopped acting and had to pay for her late father's health bills). She counteroffered with $6 million, explaining how it was never her intention to actually take the money, hoping instead to frazzle Weinstein's team. "I was like—ew, gross, you’re disgusting, I don’t want your money, that would make me feel disgusting," she said.

Spokespeople for Weinstein have continuously denied any claims that Weinstein attempted to engage women in nonconsensual sexual acts. McGowan's lawyer confirmed to the Times that the offer existed.

McGowan recounts the alleged 1997 encounter to the Times, describing a business meeting with Weinstein at the Sundance Film Festival that year. According to McGowan, she had to take the meeting in Weinstein's hotel room—a consistent pattern across most of the accusations against the producer—and that he brought her attention to the room's hot tub after their brief business exchange ended. She alleges that was the moment when Weinstein proceeded to rape her.

McGowan recalls eventually speaking to a lawyer who specialized in sexual harassment and assault cases. The lawyer told her "[y]ou’re an actress, you’ve done a sex scene, you’re done," according to McGowan.

McGowan has emerged as a prominent critic of Weinstein on social media in recent weeks. She most recently took to the public stage at the Women's Convention in Detroit, telling the audience to take this opportunity to dismantle systems that allow sexual assault and harassment to go unchecked. "What happened to me behind the scenes happens to all of us in this society," she said.