From Selena To The Final Scene From 'Se7en,' This Year In Celebrity Halloween Costumes 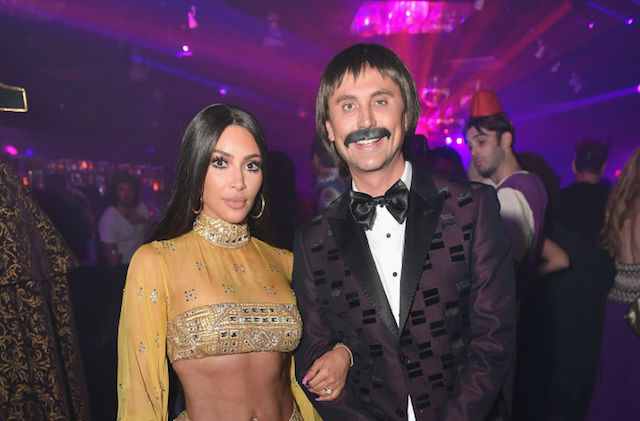 Halloween is a time for people to show off some of their best pun-based costumes, pop culture recreations, or simple displays of craftsmanship. For celebrities, though, Halloween is often the time to remind us regular people that they, too, know how to have fun and dress up. Admittedly, though, celebrities often have a much higher budget for costumes than the rest of us—it's unlikely Gwyneth Paltrow or Kim Kardashian is perusing Goodwill for the best this-shirt-looks-close-enough-to-what-I-wanted costume. Rest of us, shmest of us.

This year, many took to social media to show off their best looks. It seems like the biggest trends were either dressing up as other dead celebrities or as scenes from popular movies. A bit solipsistic if you ask me, but hey, sometimes the best costumes come from being deeply familiar with whatever it is you're dressed up as.

Demi Lovato posted to her Instagram story to show off her version of the late, great, Selena Quintanilla.

Demi Lovato dressed as Selena for Halloween this year pic.twitter.com/P47qZB2FDy

Gwyneth Paltrow recreated the iconic final scene from Se7en. Paltrow starred in the movie alongside her then-boyfriend Brad Pitt, and her character's decapitated head is a big unboxing surprise at the end of the movie.

Kim and Kourtney Kardashian dressed up as Madonna and Michael Jackson, respectively. The costumes are incredibly detailed, but Kourtney clearly doesn't stand up to MJ's dancing.

Kim also dressed up as Cher alongside Jonathan Cheban as Sonny.

She also dressed up as Aaliyah (Kim, come on, leave some costumes for next year).

Busy Philipps, whose daughter went as, well, Busy Phillips, dressed up as Hedwig from Hedwig and the Angry Itch.

No one is listening to my songs. #hedwigandtheangryinch

Adele also dressed up, but it's unclear what the costume actually is. The Daily Mail described her as "a glamorous clown" and InStyle describes her as a "glamorous jester" so we're going to go with "glamorous jokester."