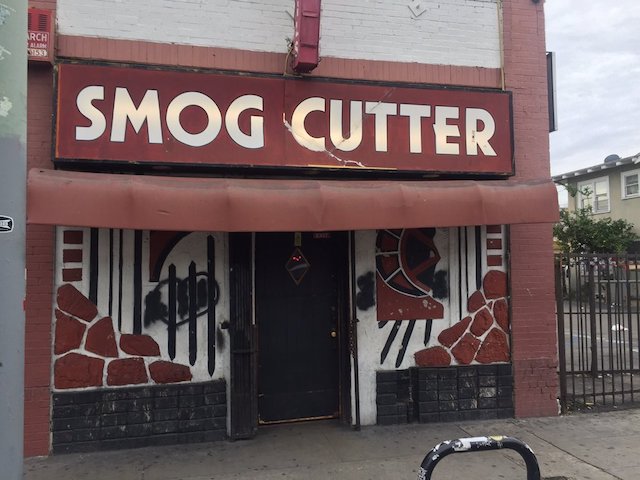 The Smog Cutter in Virgil Village. (Photo by Cynthia M. via Yelp)

In an all-too-familiar pattern, a local neighborhood stalwart closes as the area faces higher rents, gentrification, and national coverage. This time the neighborhood stalwart is the Smog Cutter, a Virgil Village dive bar that's been around for at least 77 years. Its final day of service is Sunday, October 29.

The Smog Cutter has been in limbo since 2015, when it started existing month-to-month after the landlord took away their annual lease, according to L.A. Weekly. The bar's owner, Mama Nita, told LA Weekly she has tried to negotiate new long-term leases but was frequently told she'd have to pay for major renovations on the space.

Mama Nita emigrated to the U.S. from Thailand in 1972 and bought the bar in 1988. She's responsible for adding karaoke to the bar's offerings—an addition most contemporary patrons have been indebted to. The place also managed to stay cash only. It also was reportedly one of Charles Bukowski's favorite dive bars.

Virgil Village is the same neighborhood where Sqirl and Virgil Normal have helped usher in a wave of money and development. Decades-old Cha Cha Cha closed last year, and the new businesses in the area include a cereal bar and wine shop.