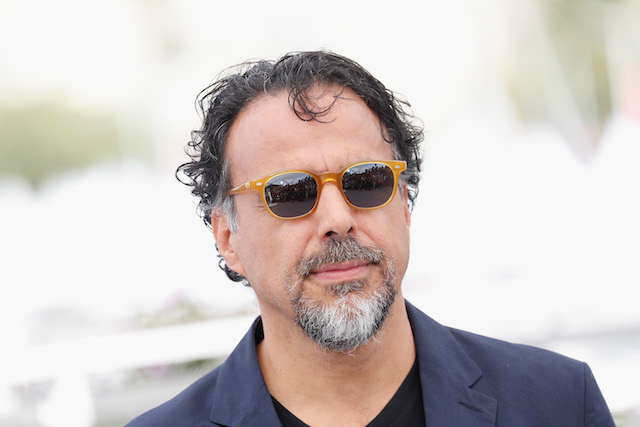 Iñárritu at the 'Carne Y Arena' photocall during the Cannes Film Festival in 2017. (Photo by Tristan Fewings/Getty Images)

"Carne y Arena," is currently on display at LACMA as well as Fondazione Prada in Milan, and Tlatelolco Cultural Center in Mexico City. The installation, whose title means "Flesh and Sand" in Spanish, forces viewers to confront the visceral reality of crossing the U.S./Mexico border. In a Friday statement, Academy President John Bailey called Iñárritu and cinematographer Emmanuel Lubezki's installation "a deeply emotional and physically immersive venture into the world of migrants crossing the desert of the American southwest in early dawn light."

In a rare move, "Carne y Arena" will be formally recognized at the Governors Awards on November 11. The last recipient of a special award from the Academy was Pixar's "Toy Story" in 1996, Variety reports. This isn't the first time the Academy has honored Iñárritu himself, though; the Mexican filmmaker took home a Best Director Oscar for his work on The Revenant in 2016, and his film Birdman won Best Picture, Best Director and Best Original Screenplay in 2015.

Iñárritu's piece comments on the increasingly precarious status of immigrants in the U.S. under the Trump administration, joining artists like JR, who made a giant mural of a young Mexican boy that looms over the U.S./Mexico border wall.