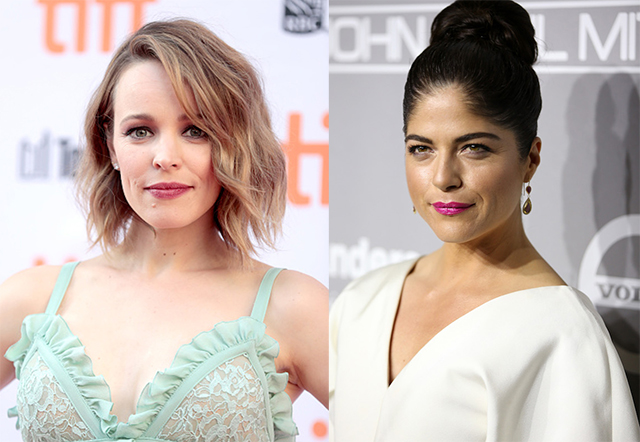 Actresses Selma Blair and Rachel McAdams are the latest in a long line of women to accuse director James Toback of sexual harassment. Blair and McAdams spoke out in a Vanity Fair article on Thursday, sharing similar details of their respective encounters with Toback; Toback allegedly lured both actresses to hotel rooms early on in their careers to discuss a role in his 2001 movie Harvard Man, then sexually harassed them.

An L.A. Times investigation published last Sunday featured the stories of 38 women who claimed Toback sexually harassed them in meetings and auditions dating back to the 1980s; by Monday, an additional 193 women had allegedly contacted L.A. Times reporter Glenn Whipp to talk about Toback.

Blair, who cooperated with the L.A. Times investigation published last week on the condition that her name would not be used, recounted a 1999 incident to Vanity Fair in which Toback allegedly coaxed her to take her clothes off and masturbated against her leg, saying, “You have to do this for me. You cannot leave until I have release.” Blair claims Toback then threatened her not to tell anyone, saying,

"There is a girl who went against me. She was going to talk about something I did. I am going to tell you, and this is a promise, if she ever tells anybody, no matter how much time she thinks went by, I have people who will pull up in a car, kidnap her, and throw her in the Hudson River with cement blocks on her feet. You understand what I’m talking about, right?”

McAdams told Vanity Fair her encounter with Toback took place when she was a 21-year-old theater student in Toronto, saying Toback invited her to his hotel room after she auditioned for him and allegedly told her:


"You know, I just have to tell you. I have masturbated countless times today thinking about you since we met at your audition.”

McAdams said Toback then questioned her about "how brave" she was and asked her to show him her pubic hair, adding, "I was very lucky that I left and he didn’t actually physically assault me in any way." Toback told Vanity Fair on Wednesday that he had no comment on any of the accusations leveled against him.

Blair and McAdams are part of a wave of actors speaking out about their experiences with sexual misconduct in Hollywood; Julianne Moore revealed on Tuesday that Toback twice propositioned her in the 1980s, and actresses including Lupita Nyong'o, Gwyneth Paltrow and Angelina Jolie have gone public about allegedly being sexually harassed by producer Harvey Weinstein.