Corey Feldman Is Crowdfunding A Documentary To Expose Pedophilia In Hollywood 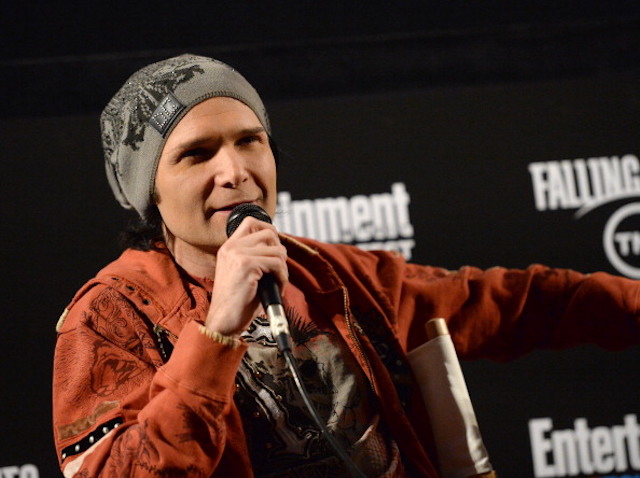 Former child star Corey Feldman, who has spoken out about his history of childhood sexual abuse, launched a campaign this week to fund a documentary that he hopes will "expose pedophiles" in Hollywood.

In an emotional video posted on the public fundraising page for his "Truth Campaign", Feldman claiming his documentary could potentially bring down a pedophile ring that Feldman says he's been aware of "since I was a child." In particular, Feldman cites "six names, one of them who is still very powerful today, and a story that links all the way up to a studio."

In the video, Feldman alleges that since he came forward with his intention to shed light on pedophilia in Hollywood, he has "been arrested, had a near death event, and his band quit with no explanation other than saying they were afraid to continue." Feldman's campaign's fundraising page notes that the names of the alleged pedophiles he plans to expose in his film, as well as the details of their transgressions, have already been written down and given to "a trusted person of power, in case anything should happen to [Feldman] or any member of his family before the film is finished."

Feldman stated last year that although he would "love to name names" of the entertainment-industry predators who allegedly abused him and now-deceased fellow child actor Corey Haim in their youth, he could not take on the risk:

Because if I were to go and mention anybody's name I would be the one that would be in legal problems and I'm the one that would be sued. We should be talking to the district attorneys and the lawmakers in California, especially because this is where the entertainment industry is and this is a place where adults have more direct and inappropriate connection with children than probably anywhere else in the world.

Feldman's "Truth Campaign," which has raised over $100,000 as of Thursday afternoon, will partly help fund his legal and security protections as he works on his documentary; the rest of the money will go toward the film's production, editing, marketing, and distribution, according to a description on the campaign's Indiegogo page.