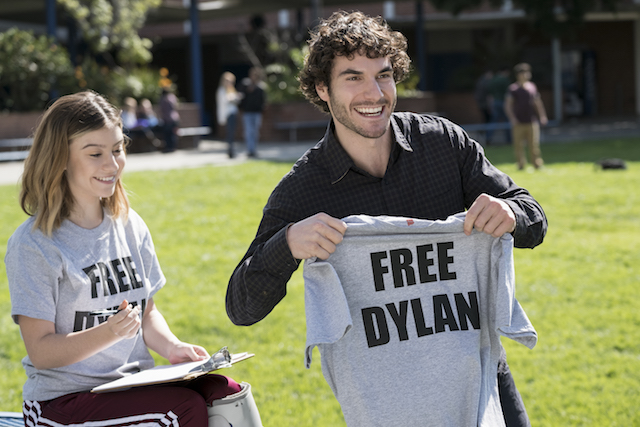 American Vandal, TV's best show (do not @ me), has been renewed for a second season, Netflix announced on Thursday.

Season 1 of the true-crime mockumentary followed high school sophomore Peter Maldonado as he investigated who was really behind a prank that left 27 teachers' cars in the school parking lot vandalized with phallic images, a crime for which senior Dylan Maxwell was expelled. (To put it another way: who drew the dicks?) Like the first season, Season 2 of American Vandal will consist of eight episodes and will air in 2018, Variety reports. Check out the teaser below:

"Can you be born above the law?" Peter from American Vandal asks in the show's 30-second teaser for Season 2, which appears to focus on a new group of students. In a September interview with Entertainment Weekly, the show's co-creator Tony Yacenda said he and partner Dan Perrault had a "very detailed" idea of what a Season 2 would look like, adding, "I think it’s safe to say that Peter and Sam would make a documentary in a different high school and in a different environment, for a different crime."

While American Vandal is a parody of true-crime dramas like Making A Murderer, the satire inspired Redditors to launch their own investigations into the mystery at the heart of the show. No word yet on whether Season 2 of American Vandal will focus on another penis-graffiti crime, but maybe the show's creators will eventually get around to unmasking the perp who tagged that police horse in Venice a few years ago.