Los Angeles Is Getting Its First Co-Op Coffee Roastery 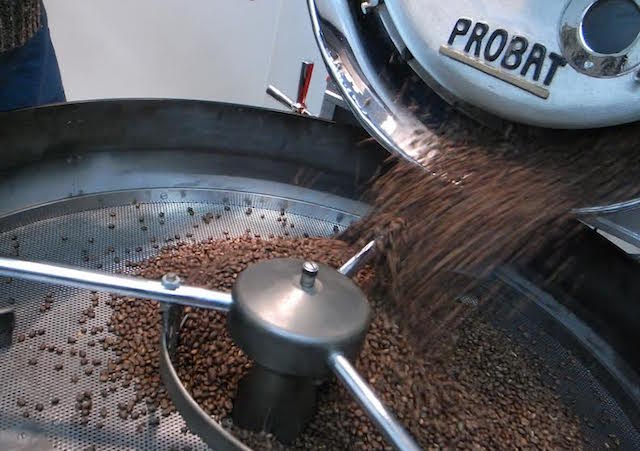 Los Angeles is a city of renters, and not just when it comes to housing. You can lease a desk at a co-working space, rent out a sound studio for a film shoot, or even nab a temporary stovetop at a communal kitchen. Soon, you’ll also be able to lease a space in a commercial coffee roastery.

Scott Rao, a longtime cafe owner turned coffee consultant and the author of several books on the subject, is planning to open a roasting cooperative near downtown Los Angeles next year. He announced the news in a blog post on his website this week, writing that after nearly ten years of dreaming about it, he finally secured a space to offer “the highest quality cooperative roasting operation in the U.S.” Rao believes his spot would be the city’s first co-op roastery.

What exactly is a cooperative roastery, you ask? “The concept of co-roasting is you have a bunch of co-roasting machines,” says Rao. “And you’re basically renting time to people to use your equipment and basically, the users will actually end up spending less money on any given amount of coffee than they would if they had their own facility.”

Think of it as an Airbnb, but for people who are really, really into coffee and have the desire to roast it on a large scale. The space would likely appeal to owners of small cafes and coffee shops, restaurateurs who want to create their own blend of coffee for their menus, and serious hobbyists who are looking to start their own independent roasting operations but don’t have the equipment, the space, or the financial resources to do it on their own. “Roasting alone in a warehouse is one of the more boring jobs out there,” says Rao, a UCLA alum who now lives in Santa Barbara.

The co-op is geared toward roasters with experience, but Rao isn’t opposed to lending his years of industry knowledge and expertise to anyone who needs it. “I am not setting this up as an educational facility, but certainly if someone wants to be a user in my facility I’m happy to do everything I can to get them up to speed,” he says. After all, the appeal of a co-op isn’t just the economics of it, but also “the fostered sense of community" and "potentially shared learning and a lot of camaraderie,” he adds.

The roastery will likely offer hourly, half-day, and full-day rates, but Rao hasn’t decided on what those rates will be yet. He also says the co-op will be teaming up with “coffee-related neighbors,” but declined to offer any details on what that might look like. “I like the idea of having this little community of roasters involved,” he says. He’s currently waiting on permits from the city and hopes to open by mid-2018.