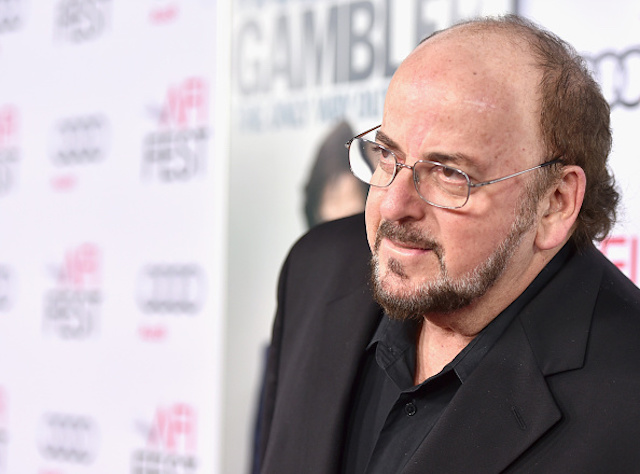 Toback at the screening of "The Gambler" during AFI FEST in 2014. (Photo by Alberto E. Rodriguez/Getty Images for AFI)

The L.A. Times published an investigation Sunday into the allegedly predatory behavior of Oscar-nominated writer and director James Toback. In the article, Toback was accused of sexual harassment by 38 different women—31 of whom spoke on the record. On Monday afternoon, Glenn Whipp, the L.A. Times reporter who wrote the original Toback exposé, revealed on Twitter that he has been contacted by 193 additional women since the story was published yesterday.

Updating again: Since this story published on Sunday, 193 additional women have contacted me to talk about Toback. https://t.co/beVGHWpdmc

Whipp kept a running thread on Twitter as women contacted him to discuss their own alleged experiences with Toback in the wake of the article's publication, On Sunday, he wrote that he initially found other women willing to speak out via the #MeToo hashtag that went viral after the New York Times revealed "decades' worth of sexual harassment accusations" against Hollywood producer Harvey Weinstein. "If you have contacted me, please know I will call or email. Thank you," Whipp tweeted on Sunday afternoon.

In his original L.A. Times article, Whipp quoted numerous women describing how Toback allegedly sexually harassed them in meetings and auditions dating back to the 1980s. "It's a common thread among many women I know … after someone mentions they were sexually abused by a creepy writer-director, the response is, 'Oh, no. You got Toback-ed,'" Karen Sklaire, a drama teacher, actor and playwright who said she was sexually assaulted by Toback in 1997, told the L.A. Times.

Toback denied the sexual harassment accusations leveled against him in Whipp's original article, telling the L.A. Times he had never met any of the 38 women accusing him, or if he did, it "was for five minutes and have no recollection."

Toback also claimed it would have been "biologically impossible" for him to engage in many of the sexually predatory behaviors he was accused of, due to his diabetes and heart condition. Toback has not commented on Whipp's Monday revelation that 193 additional women came forward after the initial article was published.

Toback has been dropped by his agent, former ICM Partners chief Jeff Berg, although it's worth noting that Berg still represents Roman Polanski.