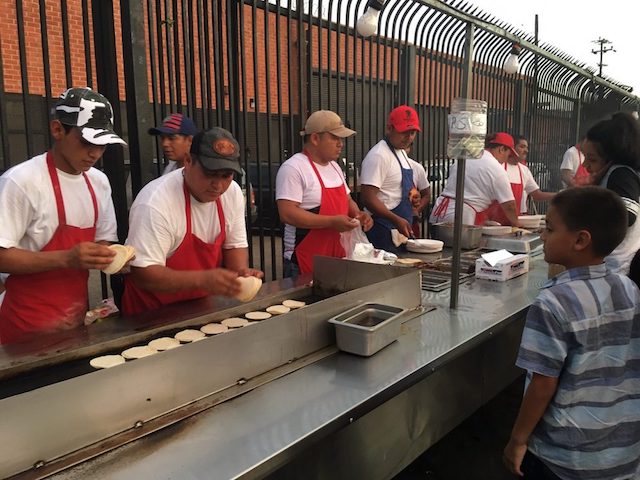 The Avenue 26 Taco Stand in Lincoln Heights. (Photo by Charles G. via Yelp)

The popular Avenue 26 taco stand in Lincoln Heights appears to be back in business after an alleged Thursday night raid. Witnesses claim the initial raid was conducted by the Los Angeles Police Department, but the LAPD has since denied any involvement with the Thursday night incident.

The raid gained public knowledge on Friday when Eater reported the popular stand in Lincoln Heights was shut down by undercover cops. The report came from witnesses on the scene who described "cops everywhere" who "showed up and took their stuff."

LAPD commented on the matter Saturday, saying the incident did not involve their agency.

We are aware of social media posts regarding enforcement activity at a local taco stand. We can confirm no #LAPD involvement in this matter

LAist spoke with the Los Angeles County Sheriff's Department, which is also unaware of any action taken against the stand.

Locals on Twitter have reported the stand is back in action as of Friday night.

#HighlandPark #NELA And just like that the Avenue 26 toco spot is back, can’t keep a good taco stand down! pic.twitter.com/fXTWJZDPuu

Los Angeles moved to decriminalize street vending via a unanimous City Council vote back in February, but has yet to formally legalize it. A viral video of an elotero's cart getting overturned this summer demonstrates how street vendors remain vulnerable in Los Angeles.