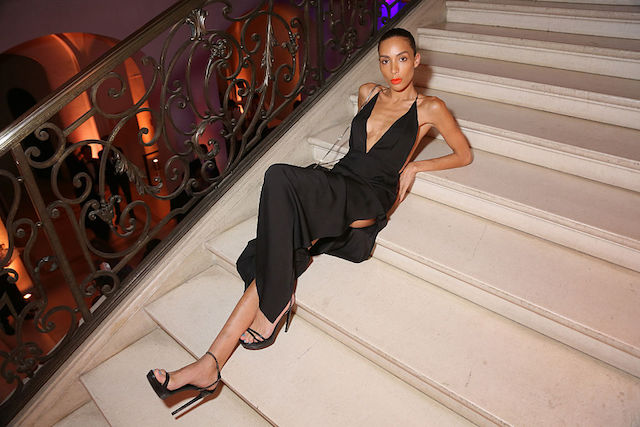 "Being a woman is just being a woman." Meet November 2017 Playmate Ines Rau, the first transgender Playmate. https://t.co/w28vfilSP9 pic.twitter.com/iVAqOgB0TK

Rau has been featured in the magazine before; she posed for a May 2014 issue that examined gender beyond the male-female binary. In the article accompanying Rau's Playmate centerfold, she explains how much the 2014 photoshoot resonated for her. “It’s how I celebrated my coming out, actually,” she told Playboy. “I took that chance, and then I signed with an agency.”

"It’s a salvation to speak the truth about yourself, whether it’s your gender, sexuality, whatever. The people who reject you aren’t worth it. It’s not about being loved by others; it’s about loving yourself," she explained.

Rau has appeared in Vogue Italia and a Balmain campaign, as well as previously dancing for DJs in Ibiza, according to Playboy.