Weekend Planner: 20 Of The Coolest Things To Do In Los Angeles 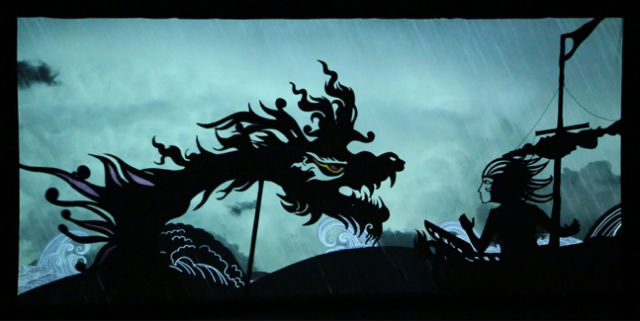 Here are 20 awesome events happening in L.A. this weekend...

FEATHERS OF FIRE: A PERSIAN EPIC (Shadow puppet play)
Feathers of Fire is being billed as the largest, most elaborate, shadow-puppet play and the Persian epic debuts at The Wallis on Friday night. Created by Hamid Rahmanian, Feathers of Fire is based on the 10th-century classic Persian epic, Shahnameh (The Book of Kings). The production runs through Oct. 29. Single tickets: $35-$125.

CLOAK & DAGGER (Music + Art)
Spaceland and Restless Nites present the Cloak & Dagger - Dusk till Dawn music and theater festival that takes place on Friday and Saturday in the Los Angeles Broadway Theater District (The Tower and Globe Theatres). The lineup features The Jesus and Mary Chain, KMFDM, She Wants Revenge, Cold Cave and others, as well as a number of immersive experiences and installations. The Gaslamp Killer, originally on the bill, has been removed from the lineup. Ticket Prices: $120 for 2-Day Pre-Sale Pass, $69-$175 GA and $200-$400 VIP.

ANIMATION IS FILM FESTIVAL (Film fest)
The inaugural Animation Is Film festival takes over the TCL Chinese 6 Theatre in Hollywood from Friday to Sunday with a slate of feature films, shorts, retrospectives and special presentations. The new fest is presented by GKIDS, Annecy International Animation Film Festival, Variety magazine and ASIFA-Hollywood and opens on Friday at 7 p.m. with the U.S. premiere of Nora Twomey’s Breadwinner, followed by a Q&A with the filmmaker. General admission tickets for most screenings: $14. 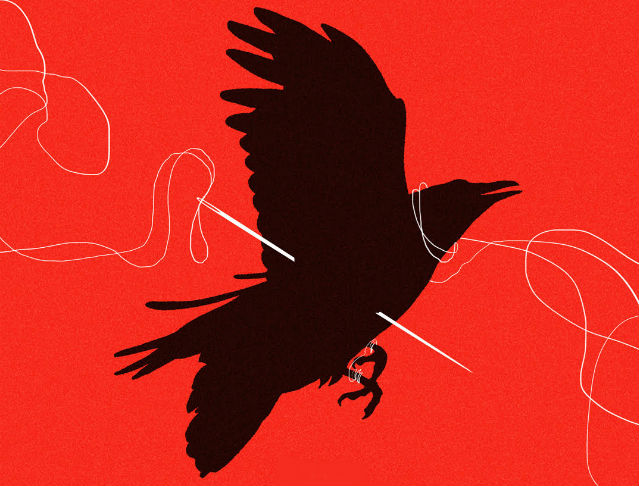 RITA RED DINNER (Dinner)
Disco Dining Club’s Courtney Nichols and Chef Gabriel Cappelli are throwing a new PlaceSetting dinner event, Rita Red, which takes place at Norman Lear's and Alfred Hitchcock's costume designer’s residence in Hollywood, off of Fairfax. Designer Rita Riggs' work portfolio includes her signature red, which the PlaceSetting dinner will also highlight through each of the five courses. There will also be performances throughout the event that are reminiscent of the era, reflect Riggs’ taste and those of her on-screen collaborators. The dinner begins at 7:30 p.m. Tickets: $150, and includes five courses, wine, cocktails and performances.

BRIGHT STAR (Musical)
Bright Star, a musical by Steve Martin and Edie Brickell, begins its limited run at the Center Theatre Group/Ahmanson Theatre on Friday. Directed by Walter Bobbie, the musical tells a “sweeping tale of love and redemption set against the rich backdrop of the American South in the 1920s and ‘40s.” The production runs through Nov. 19. Tickets: $30-$135. 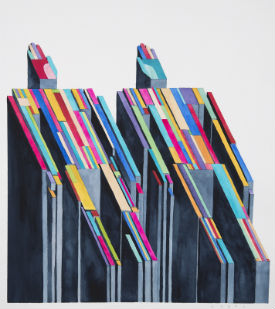 ARCO IRIS (Solo art show)
Giant Robot 2 Gallery (GR2) presents Arco Iris, a solo exhibition by Rob Sato. The show reveals how Sato’s latest body of work marks another radical shift in style. From the gallery: “These meditative but electrifyingly chromatic paintings are a fresh, expansive continuation of Rob’s established themes of transition and transformation mixed with some keen observations on human behavior made with his characteristic blend of joy, disgust, melancholy and humor.” The opening reception is on Saturday from 6-10 p.m., and the works remain on view through Nov. 8.

BURBANK BEER FESTIVAL (Drinks)
The 3rd Annual Burbank Beer Festival takes over beautiful downtown Burbank on Saturday from noon to 7:30 p.m. There are two sessions (12-3 p.m. or 4-7 p.m.) featuring 85 beers on tap. While the sessions are ticketed events, there’s also an accompanying street festival with a variety of vendors that’s open and free to all. Tickets for the beer tasting are $40-$45, and include a tasting glass and 3-ounce craft beer samples from three tasting stations.

BREWERY ARTWALK (Arts)
The Brewery Art Complex in DTLA presents the fall edition of the Artwalk this Saturday and Sunday from 11 am to 6 pm. The twice annual open studio weekend, held at the site of the former Pabst plant, features 100 artist studios opening for the event. In addition, there’s a variety of food trucks and a beer garden operated by Barbara's at the Brewery. Admission and parking are free.

NEWFILMMAKERS LOS ANGELES (NFMLA) (Film fest)
NFMLA holds its monthly film fest on Saturday at the South Park Center in DTLA. This month, the festival is dedicated to genre cinema. The fest begins with a shorts program with films “covering bigotry, androids, human trafficking, ​an insane asylum and a romantic break up.” Next, the InFocus program screens European horror, sci-fi and thrillers. The fest then concludes with a shorts program of indie genre cinema in America. Tickets: $5 advanced purchase / $7 at the door for individual film blocks, but $15 for all three programs with open bar.

EYEWORKS: FESTIVAL OF EXPERIMENTAL ANIMATION (Film)
Eyeworks: Festival of Experimental Animation is at REDCAT on Saturday with three separate programs at 3 p.m., 5 p.m. and 8 p.m. The festival screens two programs of shorts that blend classical and avant-garde animation techniques. The third program focuses on the films of special guest Jacolby Satterwhite, who’ll be in conversation after screening. Tickets: $9-$12.

SANTA MONICA ART STUDIOS: OPEN STUDIOS (Art)
Artists and their studios are being displaced in Santa Monica, but the Santa Monica Art Studios at an old airport hangar, still remains. This Saturday from 6-9 p.m. and Sunday from 12-5 p.m., the 13th annual open studios event takes place, featuring 36 artists at work in their studios. The Arena1 gallery also features the group exhibition On Edge. Free.

COCKTAILS + CRAFT: PEPITA BONITA AND SUGAR SKULLS (Day drinking)
Join Cocktails + Craft on Saturday afternoon at 1 p.m. when crafters take over Padre in Long Beach. The organizers are helping attendees to decorate sugar skulls in honor of Día de Los Muertos. Tickets to the event are $45 and includes one drink, personalized instruction, good company, all materials and your own sugar skull to take home.

DRAG QUEEN BINGO (Games)
On Sunday at 8 p.m., there’s Drag Queen Bingo at Hamburger Mary’s in West Hollywood to benefit Alzheimer’s Greater Los Angeles (ALZGLA). The night’s hosted by Bingo Boy and his roster of “Drag Queen Bingo Hostesses.” Players get chances to win a number of prizes, each valued between $200-$300. A $20 donation buys bingo cards for 10 games. To reserve a table for a party of six or more, call 323-654-8275.

EYELIDS (Music)
Eyelids is a band that features members of The Decemberists, Guided By Voices and the Elliott Smith Band. They’re performing at The Echo on Sunday night in support of the new album Or, produced by Peter Buck of R.E.M. Also on the bill: Two Sheds, Wyatt Blair & The Broken Hearts. 8 p.m. Tickets: $9.50-$12.

HANSON (Music)
Hanson—yes, that Hanson—is currently on its Middle of Everywhere 25th anniversary world tour and the band stops at The Mayan in DTLA on Sunday night. Tickets: $44.50. Must be 21+ to access the balcony; floor access only for patrons 21 and younger. Doors at 7 p.m.