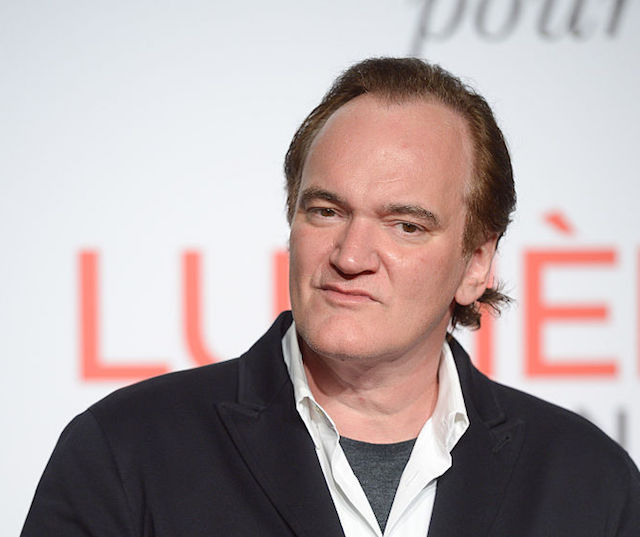 Quentin Tarantino, after taking a few days to process, spoke to the New York Times about the avalanche of sexual assault and sexual harassment allegations against Harvey Weinstein. Tarantino said "I knew enough to do more than I did,” and corroborated many of the stories in the New York Times and New Yorker's bombshell reports of Weinstein's behavior.

One story in particular comes from the actress Mira Sorvino, who told the New Yorker of an instance when Weinstein allegedly "massaged her without asking, chased her around a hotel room and even showed up at her apartment in the middle of the night." Sorvino was dating Tarantino at the time, and Tarantino admits to hearing about the story when it happened in 1995. “I was shocked and appalled," he said, and assumed the incident occurred because Weinstein "was infatuated with her." He believed Weinstein stopped harassing Sorvino because he and Sorvino were in a relationship. “I’m with her, he knows that, he won’t mess with her, he knows that she’s my girlfriend,” Tarantino told the Times. He said that, despite hearing Sorvino's story alongside reports from other actresses, he "failed to consider whether the women he knew were part of a larger pattern of abuse."

"Everyone who was close to Harvey had heard of at least one of those incidents," he added. This contradicts statements from individuals like Meryl Streep, who said "not everybody knew." "What I did was marginalize the incidents,” said Tarantino, in explaining his inaction despite having knowledge of the alleged incidents. “I chalked it up to a ’50s-’60s era image of a boss chasing a secretary around the desk."

Tarantino spends much of the article lambasting his former actions and calling for a systemic change within the entertainment industry, which he describes as a "Jim Crow-like system that us males have almost tolerated." He repeatedly expresses regret and a commitment to speak up against similar behavior in the future.

The Times notes the relationship Tarantino has had with Weinstein, which included distribution for nearly all of Tarantino's films following 1992's Reservoir Dogs. “If I had done the work I should have done then, I would have had to not work with him," said Tarantino about their relationship. He claims to have not been able to communicate with Weinstein since the initial New York Times report was published.

Weinstein threw an engagement party for Tarantino only a few weeks ago, which Page Six covered extensively. At the party, which according Page Six was held on September 23 (just 12 days before the New York Times dropped their bombshell investigation) Weinstein gave a toast to Tarantino, saying, “When you make a movie like ‘Inglourious Basterds,’ not only did you get an Oscar but you got Daniella." Daniella Pick is Tarantino's fiance.

Tarantino also told the Times he hopes his affiliation with Weinstein doesn't affect the public's perception of his own body of work.