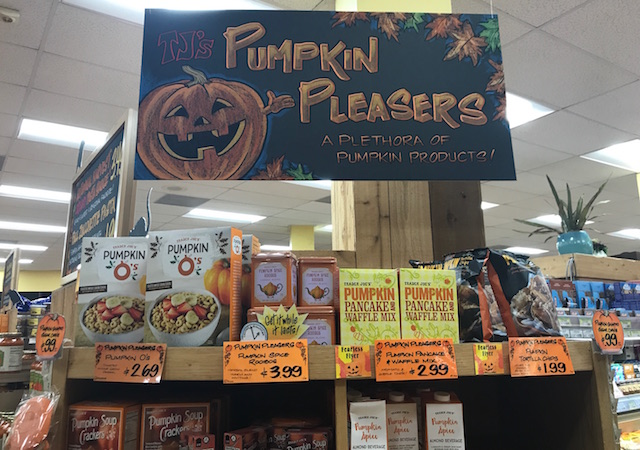 It all began 14 years ago in a secure research and development space on the 7th floor of Starbucks headquarters in Seattle. The year was 2003: Friendster was booming, Stranger Things' Millie Bobbie Brown hadn't even been born yet, Dubya was president, and a small group of Starbucks employees gathered in a lab between industrial refrigerators and espresso equipment, getting ready to invent fall as we know it.

It may have been spring outside, but here in the "Liquid Lab," there were kitschy autumn decorations and pumpkin pies aplenty. And this wasn't just any team—the group's previous credits included nothing short of the Eggnog Latte and the Peppermint Mocha. The time had come to add another fall beverage to the lineup, and they alternated between sampling forkfuls of the pie and taking swigs of hot espresso, "teasing out which flavors from the pie best complemented the coffee." And so begins the story of the Pumpkin Spice Latte.

“Nobody knew back then what it would grow to be,” Peter Dukes, director of espresso Americas for Starbucks and the product manager who led the development of the pumpkin spice latte, said. "It’s taken on a life of its own.” Much like Frankenstein.

Three months were spent developing a prototype, and that fall Starbucks brought the beverage to 100 stores in Vancouver and Washington, D.C. It would rollout wide the next year, and the rest, as they say, is history. The final recipe, which contained no actual pumpkin, would remain the same for more than a decade. Yes, that's right, actual pumpkin was not added to Starbucks' Pumpkin Spice Latte until 2015. By that point, the PSL was already a juggernaut that had spawned endless unnecessary pumpkin spice products and seemingly infinite #sweaterweather posts.

If you give a mouse a cookie, they'll take a mile, and if you give corporate America a trend, well, they'll just keep making products. Nowhere has this been more true than in the far-reaching tentacles of the pumpkin spice industrial complex. Humans were once capable of putting a man on the moon. Now, here's what we have created: 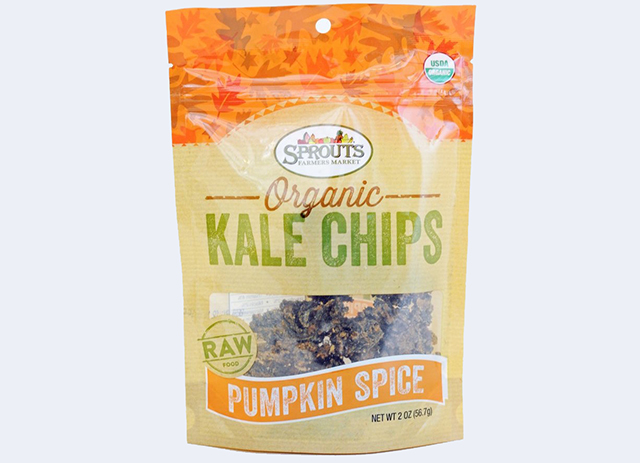 Have you ever wondered if 30% of all new food products are actually created by a hungover R&D expert rearranging a special, buzzword-only set of magnetic word tiles on an industrial refrigerator at random? The existence of pumpkin spice kale chips certainly doesn't prove anything, but we would call it strong evidence for said theory.

There is a six-word short story widely (and probably apocryphally) attributed to Ernest Hemingway that writing teachers have long hailed for its ability to convey so much pathos in such few words. But Papa Hemingway has nothing on the good people at Ready Pac Foods when it comes to literary compression. Forget the most famous six-word elliptical tragedy ever written (“For sale: baby shoes, never worn”); this Irwindale pre-packaged salad maker has brought far more pathos to us in four words—pumpkin spice desk salad. Surely, this is the saddest sad desk salad to have ever sad desk salad-ed, amirite ladies? 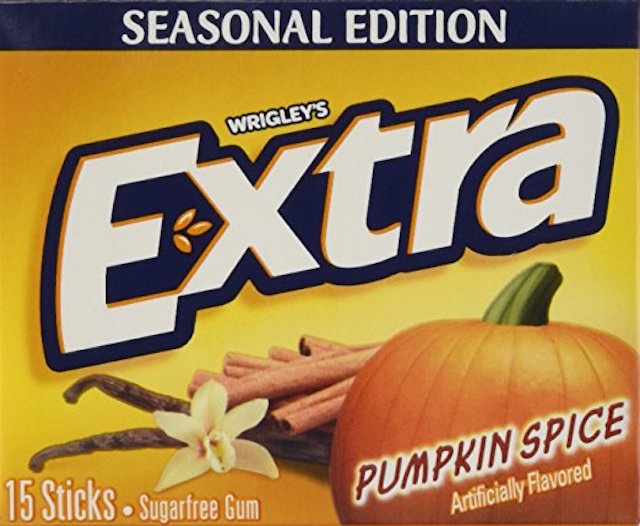 (Photo courtesy of Wrigley's via Amazon)

The pumpkin spice latte "has come to represent the essence of the season: coziness, fall spices, pumpkins and cooler weather, mixed with a little nostalgia," as a Starbucks representative told USA Today last year. Eh, we'd slightly disagree. At best, the pumpkin spice latte and its pumpkin-spiced spawn have come to represent the essence of why people hate Taylor Swift and a certain breed of millennial (usually) white girl deemed "basic." At worst, every arm of the pumpkin spice apparatus represents a stabbing reminder that yet another year is almost over. And it now begins, inexplicably, in AUGUST.

Seasons, after all, are nothing but constant reminders of the inescapable creep of time. Time is not just the furthest distance between any two places but also a linear, finite resource: every inch you move forward in time is one less left for you at the end of the line. You have used it up, you can't have it back, and do you hear that sound? It's the barely audible tick-tick-tick of autumn leaves hitting the ground like a kitchen timer. Why do you think people move to Los Angeles, where leaves never fall and the frost never comes? Rhetorical question: it's obvi for the relief from the physical reminders that we too belong to time.

So, beyond the fact that pumpkin-spice-flavored gum sounds disgusting, we also take offense at the very idea that even our gum should be seasonal. Leave us alone. 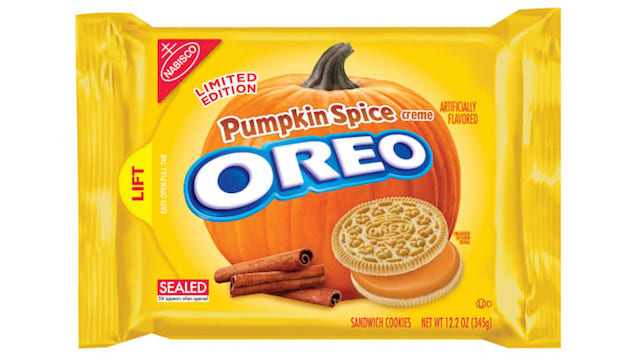 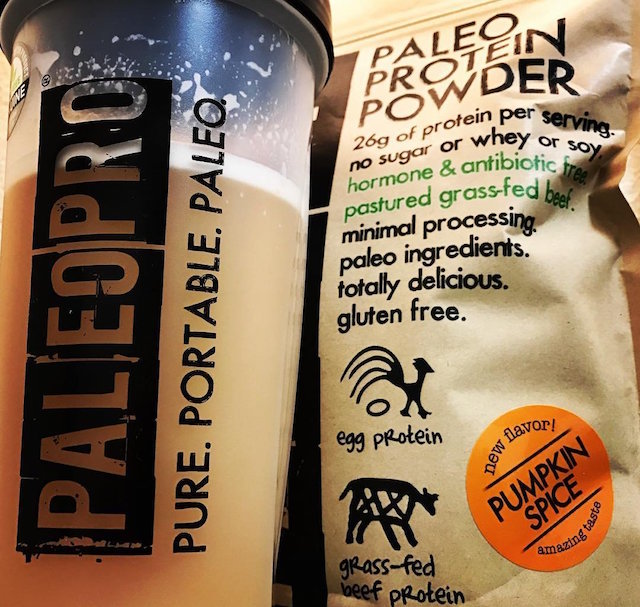 (Courtesy of PaleoPro via Amazon) 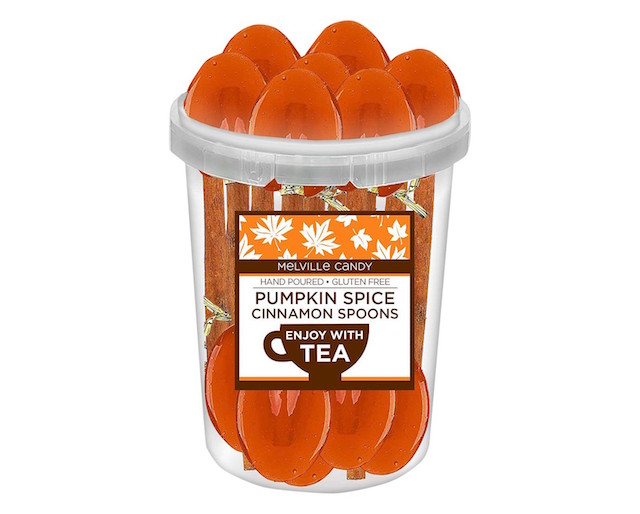 This is not satire, this is an actual product sold at Target. These "all-natural flavored stirring spoons" dissolve in hot water, adding potential pumpkin spice flavor to literally anything, even cyanide (as long as you warm it up first). They come in a 30-pack, and, per the product description, are "great for leaving at the office to use each morning, or for stocking in the office break room for everyone to use." 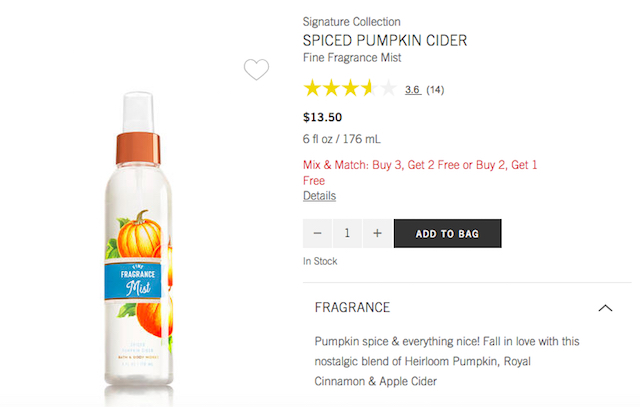 "At no other time (than autumn) does the earth let itself be inhaled in one smell, the ripe earth; in a smell that is in no way inferior to the smell of the sea, bitter where it borders on taste, and more honeysweet where you feel it touching the first sounds. Containing depth within itself, darkness, something of the grave almost," Rainer Maria Rilke once gloriously wrote in a letter.

Unfortunately, we presume that this blend smells much more like the desperate, best-mislaid plans of a sad, drunk girl (no judgment, we've all been there) crying on the sidewalk than Rilke's ripe earth. Unrelated, but if anyone has seen Amy's other shoe please let us know where it is. She really needs to find it before the Lyft gets here. 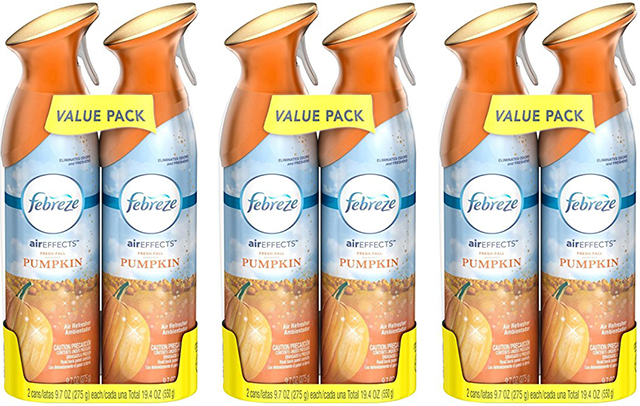 Speaking of fragrances, this exists!

If the scent of pumpkin spice is supposed to be nostalgic, then the true unbearable sadness of pumpkin spice comes, like all holiday products, with the faux-nostalgia for a reality you never possessed. This pumpkin spice-scented Febreeze will surely do double duty—not just masking the usual two-day-old trash and cat urine scents of your apartment, but also conjuring perfect, bygone holidays and loving families around the fireplace to replace your actual shitty childhood memories. 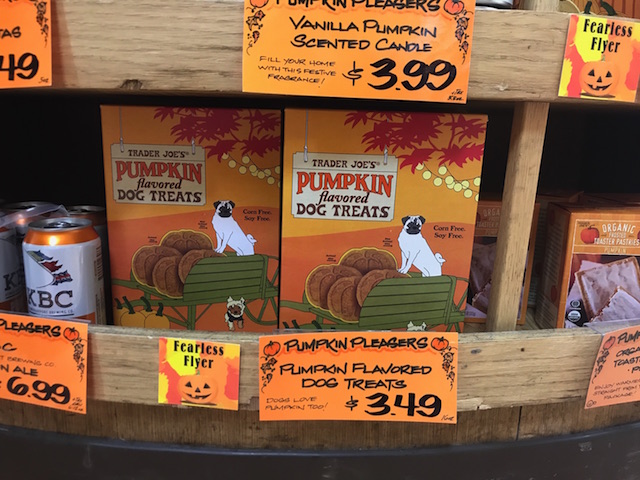 It's bad enough that we make dogs live in our broken world, but it just doesn't seem fair to impose this on an animal.

The pumpkin spice latte has had its own official (read: Starbucks-run) accounts on Twitter and Tumblr since 2014, and a great deal of thought has been put into it, according to a Starbucks press release:


The personality of PSL [on social media] is distinctly different from Frappuccino, and messages about the fall beverage are written from a first-person perspective. For example, an October post on Twitter noted, “My lederhosen are too tight! This is the würst.” Yes, PSL wears clothing, and incidentally has a (pumpkin) cat named Ginger.

The Starbucks social team established traits to support PSL’s spirited persona and decided to treat it as a celebrity after noticing people who follow PSL on social media also follow more celebrities than the average user.

“It’s like fleshing out a character for a novel or a movie,” [Starbucks social team community manager Jeremy] Bronson said. “There are different aspects of its personality that might not even be evident in any posts. The backstory colors our interactions when we respond to comments from fans.”

There are presumably multiple people whose actual jobs entail having to write posts as a pumpkin spice latte, and presumably other people whose actual jobs entail having to approve and edit those posts. Though come to think of it, that doesn't actually sound so different from my job, being paid to write a post about the top 10 products of the pumpkin spice industrial complex that most make me want to die. What a time to be alive.