L.A. Basketball Team Confused About Who The Mayor Of L.A. Is 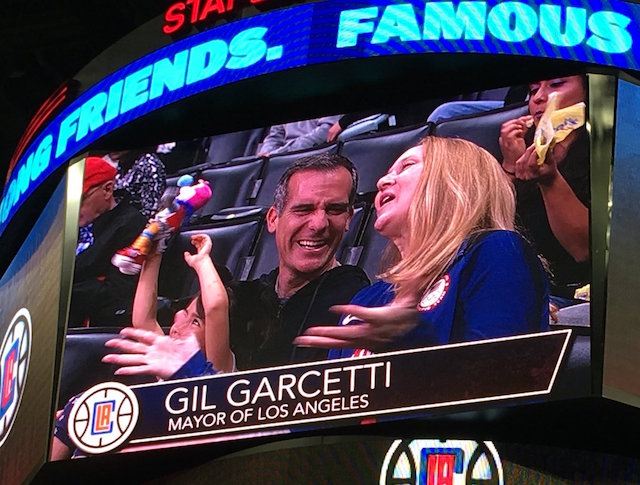 Well, this is awkward.

Los Angeles Mayor Eric Garcetti may be gunning for national recognition as he maintains his busy schedule of not not running for president (or governor), but it looks like one of L.A.'s own hometown basketball teams doesn't actually know who he is. Or, for that matter, who the current mayor of Los Angeles is.

To reiterate one more time for those in the cheap seats, the current and recently reelected-in-a-landslide mayor of Los Angeles is still Eric Garcetti. We reached out to the mayor's office and the Clippers for comment about the incident, but did not immediately hear back. In other news, the Lakers beat the Clippers 111 to 104 on Friday.

Leave it to the Clippers to introduce @MayorOfLA as Gil Garcetti. That couldn't be father from the truth.