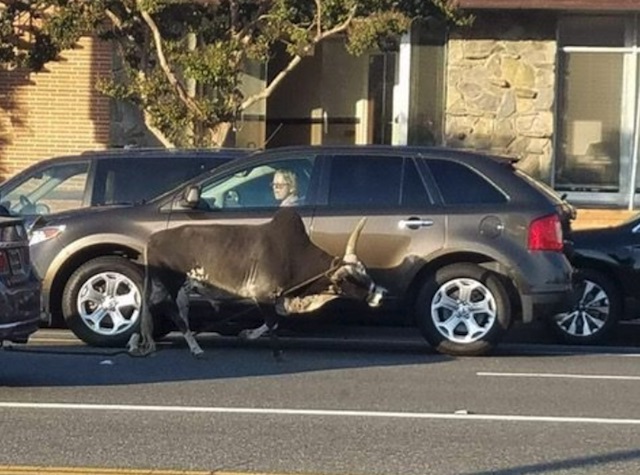 A bull took a short walk down Foothill Boulevard in La Crescenta on Saturday after sneaking away from a petting zoo, reports the OC Register.

While the surface details may suggest danger, the incident seems to be fairly anti-climactic. The 400-pound bull had escaped from a pumpkin patch festivity (where the petting zoo was) around 5 p.m., and it seemed like it didn’t take much for the bovine to get out: “The bull in the petting zoo got out the back gate and started trotting along Foothill Boulevard among the cars,” Lieutenant Mark Slater of the L.A. County Sheriff’s Department told the OC Register. No injuries or property damage were reported.

And the conclusion? Similarly chill. Slater told the L.A. Times that deputies from the Crescenta Valley Sheriff’s Station responded to the incident and spent about 20 minutes trying to keep the bull away from the road, as “he was meandering through traffic.” When the bull was cornered, his owner came to lasso it and return it to the zoo (where we presume they locked the back gate this time around).

The Crescenta Valley Sheriff's Station had some fun with the incident, explaining in a Facebook post that "CV Deputies were forced to become cowboys and they herded the bull until his trainer arrived" and described the bull as "enjoying a Saturday night on the town and he was not too eager to return home." We're glad that, at the end of the day, all parties were allowed to ride off into the sunset.

In other, tangentially related news, another bull escaped a slaughterhouse and ran through Brooklyn's Prospect Park on Tuesday. What's with all the wayward bovine? 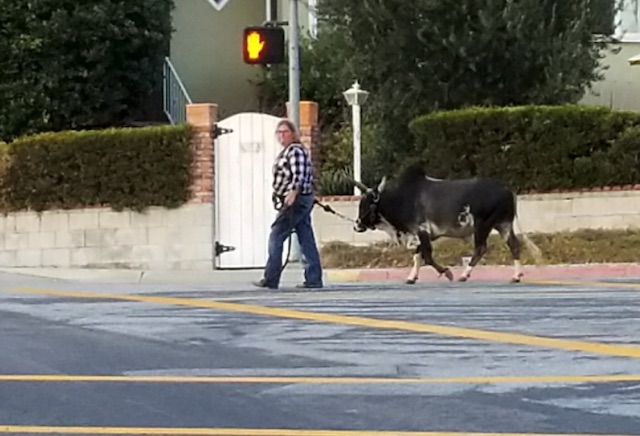