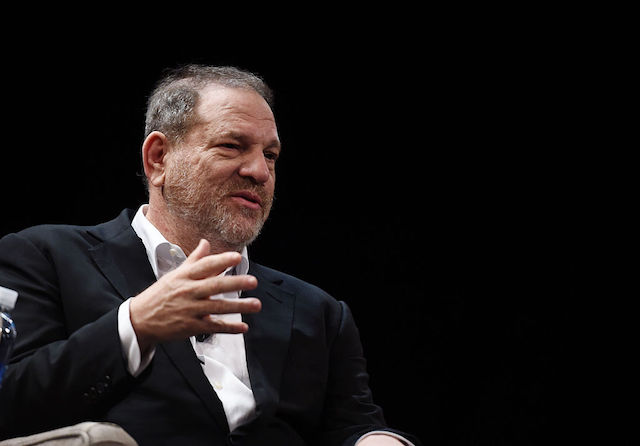 The Los Angeles Police Department is urging women to step forward and make a report if they believe they’ve been victim to a crime committed by producer Harvey Weinstein.

"We absolutely encourage anyone who may be a victim of sexual assault to come forward and report the crime," Josh Rubenstein, director of communications at the LAPD, told the L.A. Times on Monday. Rubenstein said in a message to LAist that the department currently does “not have any active investigation in regards to Harvey Weinstein’s actions,” adding that they encourage "anyone who is the victim of a sexual assault to feel comfortable to report the crime."

Los Angeles County Sheriff Jim McDonnell also told the Times that the agency will “certainly will investigate any allegations that are brought to our attention, like we would do for anyone else."

The statements come after reports that police in London and New York are looking into Weinstein’s alleged sexual misconduct. In London, Scotland Yard told The Guardian on Thursday that they were “passed an allegation of sexual abuse by Merseyside police on Wednesday 11 October.” In New York, police are looking to interview at least two women who have stepped forward with sexual misconduct claims against the producer, reports NY Daily News. One of those women, Lucia Evans, alleged that Weinstein had forced her to perform oral sex in 2004 in a Tribeca office (she described the incident to the New Yorker).

A wave of allegations of sexual harassment and sexual assault on Weinstein’s part have either just surfaced or re-emerged, coming after the New York Times published last Thursday a bombshell article that details a history of accusations made against the producer. Actresses Gwyneth Paltrow, Angelina Jolie, and Cara Delevingne are among the women who’ve stepped forward with claims that the producer had sexually harassed them. Deadline notes that, of the current allegations, the claims of rape could prove ground for action. As reported in a New Yorker piece on Tuesday, at least three women (including actress Asia Argento) have alleged that Weinstein had raped them.

The New Yorker piece doesn’t state that any of these alleged incidents happened in L.A. In California, the statute of limitations on prosecuting rape cases was eliminated after Governor Jerry Brown signed a bill in 2016 that removed the law (it's believed that this action was influenced by the sexual assault allegations made against Bill Cosby). As reported at the L.A. Times, the new law applies to crimes that happened on or after January 1, 2017, and offenses for which the statute of limitations has not expired by that date.

The Hollywood Reporter reports that Weinstein has hired attorney Blair Berk (who'd represented Mel Gibson and Lindsay Lohan in the past) possibly in anticipation of a continuing fallout.