Longtime OC Weekly Editor Gustavo Arellano Resigns, Says He Was Told To Lay Off Half His Staff 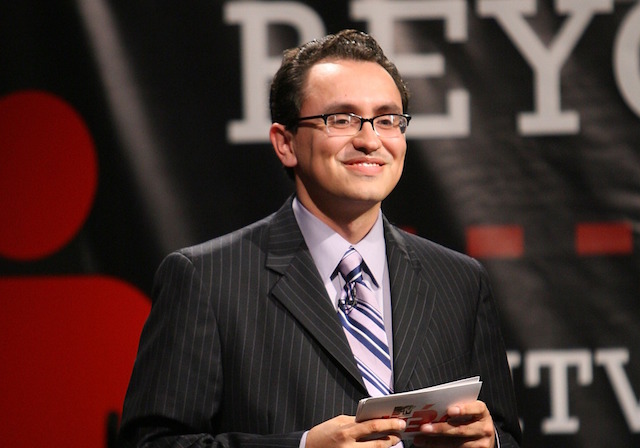 Gustavo Arellano, editor and general do-it-all at OC Weekly, is no longer with the publication as of Friday. Arellano spoke on the details of his departure on the Tom Leykis Show this afternoon, saying he resigned after he refused a call from the publication’s owners to lay off employees.

“I was told to lay off half of the staff at OC Weekly. We’re a tiny-ass paper as it is. And I refused,” said Arellano. He said that he presented to them an alternative plan in September “that would not involve us losing amazing, talented people.”

“In my proposal I said that, if they didn’t like my proposal, then my resignation would be effective October the 13th,” Arellano added. He said that he and ownership had a meeting about his proposal this morning, and that the plan was ultimately rejected.

Reporters: I voluntarily resigned from @OCWeekly rather than lay off half my staff. Don't believe otherwise, and listen to @tomleykis!

According to Arellano, the alt-weekly's owners told him they were concerned that profits did not match that of the previous year’s. Though he adds that he was not told what the exact figures were, or if the publication was in fact losing money. “This year they told me that we’re not making as much money as we were in 2016, but that doesn’t tell me anything,” said Arellano. He says that part of his proposal included cutting half of his own salary to prevent the loss of jobs.

OC Weekly is owned by the Irvine-based publishing company Duncan McIntosh Co., which purchased the publication from Voice Media Group in 2016. The company produces boat shows and, according to their website, owns three boating-related publications besides OC Weekly and Editor & Publisher, which covers the newspaper industry in North America.

Duncan McIntosh, president of Duncan McIntosh Co. Inc., said in a statement that "OC Weekly's editorial staff and budget have remained virtually unchanged for a decade" and claimed that "editorial expenses consistently exceeded set amount." McIntosh also said that Arellano was asked to present a plan "with a reduced budget, the workings of which were totally left to his discretion."

Arellano’s departure (and his claims) come amid turbulent times for alternative newspapers and print publications at large. New York City's The Village Voice (also formerly owned by Voice Media Group) announced in August that it was ending its print publication after more than 60 years. In September Rolling Stone magazine announced that it would be put up for sale.

Arellano told Leykis that he’s been associated with OC Weekly for at least 15 years, and that he’d been editor for nearly six. He also wrote on food and penned the syndicated "Ask A Mexican" column that got its start in 2004. In the column, Arellano responds to readers’ questions about Mexican-American culture; it recently featured headlines like “Why Do Mexicans Customize Their Trucks So Ugly?” and “How Mexican Should I Allow My Adopted Mexican Son to Be?”, and somehow toes the line between flippancy and moments of true, cutting commentary. The column was published as a book in 2008.

Arellano told Leykis that he may keep the column alive. "We can’t do 'Ask A Mexican' anymore, but that doesn’t stop me from taking questions about Mexicans. We need a new name. Call it 'Query A Mexican' or something,” said Arellano. “They own the copyrights, [but] just to the name ‘Ask A Mexican.’”

Arellano expressed pride in OC Weekly, saying that the publication (which has been around since 1995) had “f—king outworked [the OC Register] every single f—king day” with a “staff of nobody.” He credited the publication with helping turn political attitudes in Orange County, and pointed to their work on the recent scandal involving the Orange County District Attorney’s office, and their coverage of the local “alt-right” movement.

Current OC Weekly Managing Editor Nicholas Schou will take over as Editor in Chief, according to a Twitter statement from OC Weekly.