What's Upside Is Down In Spooky Final 'Stranger Things 2' Trailer 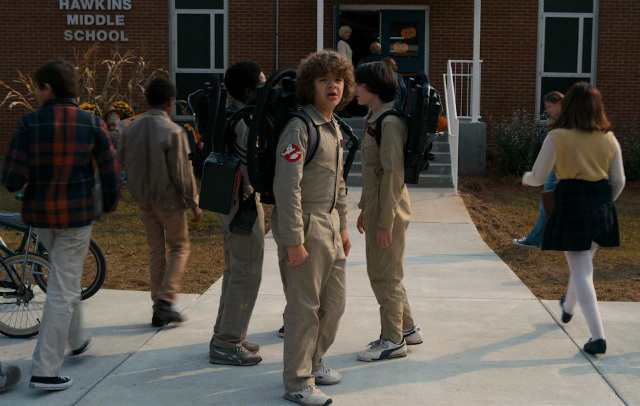 Halloween is right around the corner, which means Netflix is gearing up to ceremonially release the entire new season of Stranger Things. Are you ready for a new season of Eggo waffle fetishizing, Winona Ryder wildly overacting, telekinetic hijinks, conspiratorial hijinks, baseball bats with nails, and Stephen King/Steven Spielberg-inspired spooky stories?!

The new season will be released on October 27th on Netflix. It'll pick up in the fall of 1984, about a year since the first season; it reportedly has James Cameron vibes; there's a giant shadow spider thingy (could it be some sort of spider...man?) haunting the town of Hawkins; and there are a bunch of new characters played by the likes of Paul Reiser, Sadie Sink, Brett Gelman, and of course, THE SEAN ASTINATOR, who is no stranger to stories full of darkness and danger.

If Netflix really wants to shock us, they should consider using this opportunity for the first crossover of their TV universes, and bring in Michael Showalter and Michael Ian Black to play Ronald Reagan and George H.W. Bush.