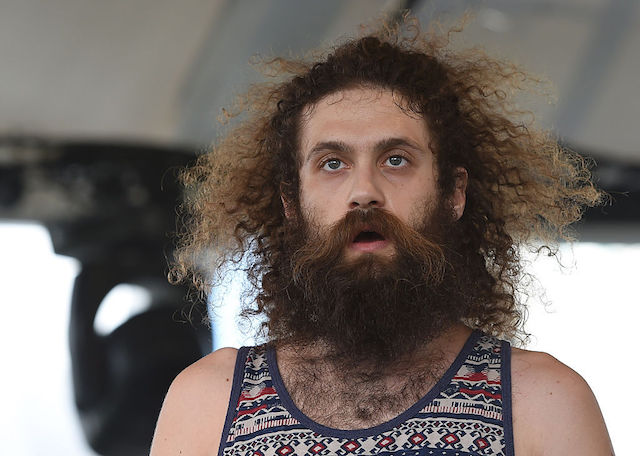 Low End Theory, the iconic Wednesday night Lincoln Heights hip-hop party that helped launch artists like Flying Lotus, announced they will "part ways" with The Gaslamp Killer following two sexual assault allegations made against the DJ Thursday night. William Bensussen, aka the Gaslamp Killer, has been a resident DJ at the party since 2006.

On Thursday, Twitter user @chelseaelaynne posted a statement alleging The Gaslamp Killer drugged and raped her and her friend at the Standard Hotel four years ago. She describes the encounter as "non-consensual sex" with her and her friend, adding the two of them were "completely incapacitated."

i've been silently suffering over this for many years. the gaslamp killer drugged and raped my best friend and myself 4 years ago pic.twitter.com/yvJM5HEJay

She later tweeted a screenshot of a direct message allegedly sent by The Gaslamp Killer to her friend, where he says "I need you to back me up here."

holy shit hes already trying to cover it up pic.twitter.com/B8H4UoFjyb

The Gaslamp Killer sent a statement to Pitchfork in response to the accusations. He denies the allegations and claims the encounter was consensual:


Allegations carry a lot of weight on social media these days, and the bravery of women who expose their stories can create necessary dialogue that leads to real change. But Chelsea’s version of this story is not true.

Brainfeeder, Flying Lotus' record label, released a statement as well, which they posted to Twitter.

These allegations have come to light amid growing revelations of sexual assault across media and entertainment, most notably the growing number of accusations against Harvey Weinstein. Similar accusations have rocked Cinefamily, Ain't It Cool News, and Alamo Drafthouse.