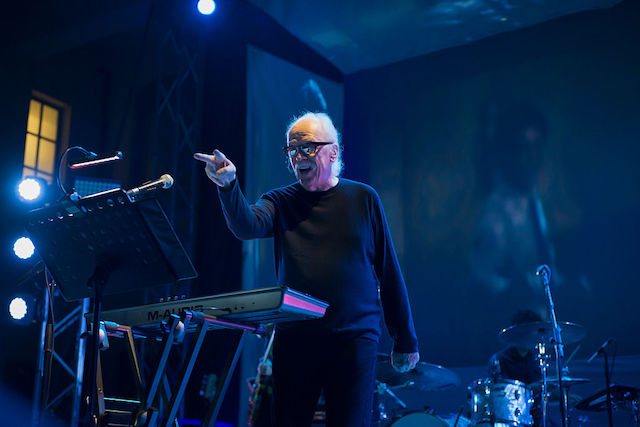 Director John Carpenter has been on the promo circuit as of late, as he’s set to drop his new album—Anthology: Movie Themes 1974 - 1998—on October 20 (Carpenter is a noted composer and scored many of his own movies). As indicated by the album title, the record will feature newly recorded versions of tracks from his catalog of films.

He’ll also be touring with the album, of course. And this Halloween he’ll be stopping by the historic Palladium in Hollywood to ply his wares. You can expect tracks from classics like Halloween, They Live, and The Thing (which was actually scored by Ennio Morricone). There should also be selections from his lesser-known works, like his directorial debut, Dark Star, and 1998's Vampires.

What’s it like watching Carpenter perform? We caught his act at The Orpheum last year when he was touring in support of his Lost Themes II album, and the (then 68-year-old) Carpenter was a smash. He was supported by a rhythm section that, somewhat surprisingly, evoked a percussive dancefloor groove. And Carpenter was lively throughout (even if he was mostly stationed behind his synth) and offered up sly bon mots in between tracks. You can perhaps expect more of the same for the Palladium show.

Certainly, we have to get into the topic of costumes; it’d only be logical for you to attend the show dressed as Michael Myers, or Kurt Russell’s Snake Plissken, or Roddy Piper from They Live. We hate to rain on your fun, but the Palladium informed us that the venue has a number of policies that might get in the way of your costume idea (you can't bring an item that could potentially be used as a weapon, for instance). So, in the case you're coming in costume, it's perhaps best to call the venue beforehand to get the green light. And here's a list of allowed/not-allowed items: 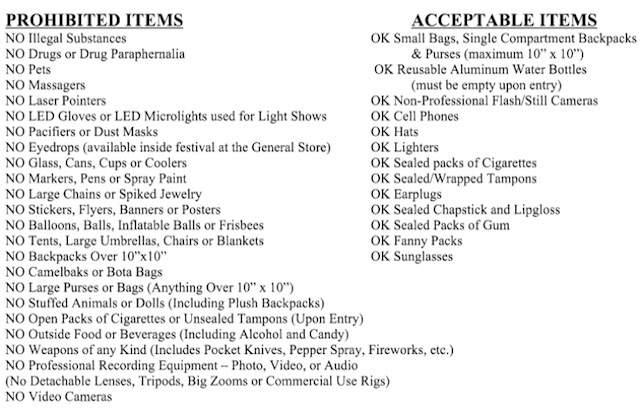 (Courtesy of the Hollywood Palladium)