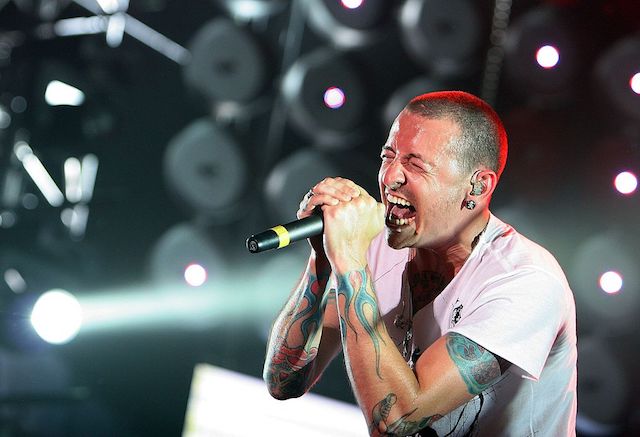 Chester Bennington, former lead singer of Linkin Park, passed away this summer after committing suicide. His death left the band and his fans heartbroken, inspiring murals and a tribute concert at the Hollywood Bowl later this month.

Six days before his death, though, Bennington and members of Linkin Park taped an episode of Carpool Karaoke: The Series. The Apple Music series is inspired by the viral segment from The Late Late Show with James Corden and is normally only available to Apple Music subscribers, but Linkin Park chose to release their episode to the public in honor of Bennington.

At the beginning of the episode, Apple Music writes:


With the blessing of Chester's family and his bandmates, we share this episode, and dedicate it to the memory of Chester.

Ken Jeong is riding shotgun in the episode, and he joins Bennington, Mike Shinoda, and Joe Hahn in rousing renditions of "Numb," "In the End," and "Talking to Myself." They then bring in music from other artists, like "Under the Bridge" by Red Hot Chili Peppers, "Sweet Home Alabama" by Lynyrd Skynyrd, and "I Don't Want to Miss a Thing" by Aerosmith.

If someone you know exhibits warning signs of suicide: do not leave the person alone; remove any firearms, alcohol, drugs or sharp objects that could be used in a suicide attempt; and call the U.S. National Suicide Prevention Lifeline at 800-273-TALK (8255) or take the person to an emergency room or seek help from a medical or mental health professional.