Police Respond To 911 Call From Harvey Weinstein's Daughter, Who Reportedly Said Her Father Was Suicidal 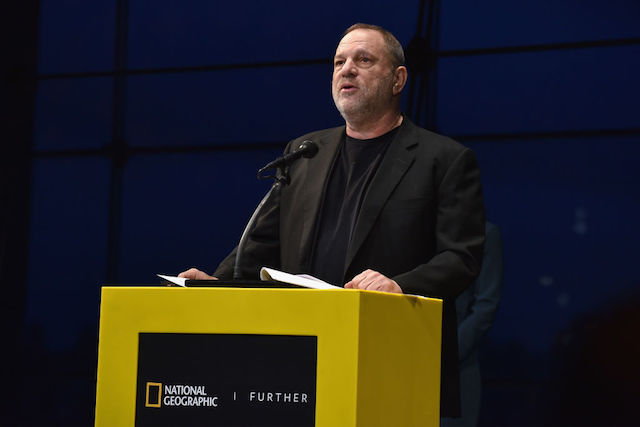 Police visited the residence of Remy Weinstein—daughter of producer Harvey Weinstein—after she called 911 and said that her father was suicidal, reports TMZ.

According to TMZ, Harvey and his daughter were engaged in an argument that spilled out into the streets by Remy's residence. Sources told the online publication that Harvey waved down a random passing car and asked for a ride, but was later convinced by Remy to go back into the house.

Sal Ramirez, a public information officer with the Los Angeles Police Department, confirmed to LAist that, on 10:37 a.m. Wednesday morning, officers responded to a call on Kilkea Drive in the Beverly Grove area. According to TMZ, Harvey had left the residence by the time officers had arrived, and Remy told officers that no suicidal statements were made by her father.

Ramirez described the incident as a “family dispute,” and said police will not be following up on the incident.

Harvey Weinstein has been the subject of a number of sexual harassment allegations, the most recent of which came after a bombshell New York Times article published Thursday exposed "decades of sexual harassment accusations" against the producer. Actresses Gwyneth Paltrow, Angelina Jolie, Heather Graham, and Cara Delevingne are among the number of women who have alleged that Harvey had sexually harassed them in the past. Amid the outpouring of allegations, Harvey was fired Sunday from The Weinstein Company, the production company he co-founded.

If someone you know exhibits warning signs of suicide: do not leave the person alone; remove any firearms, alcohol, drugs or sharp objects that could be used in a suicide attempt; and call the U.S. National Suicide Prevention Lifeline at 800-273-TALK (8255) or take the person to an emergency room or seek help from a medical or mental health professional.