People Are Dumping On San Diego Thanks To 'Blade Runner 2049' 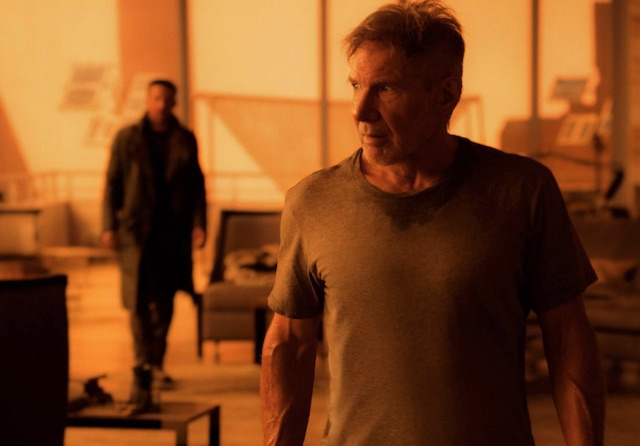 One spoiler ahead for Blade Runner 2049. It's not an essential plot point, but still.

There’s much to be said about Blade Runner 2049, from its achingly gorgeous images, to how it stacks up with the original, to its hazy relationship with Japanese culture, and to its depiction of women.

One wellspring for discourse comes from the movie's portrayal of San Diego. In case you're not in-the-know, the world of Blade Runner is a bleak one. As first seen in the 1982 movie, Los Angeles has turned into a windswept city that's choked with litter and dominated by starkly utilitarian structures.

Blade Runner 2049 expands on this world, taking us out to both Las Vegas and San Diego. It's no surprise that both these cities have, like L.A., turned into something less-than-desirable. San Diego's fate, however, was particularly ignominious. For one thing, it's now a landfill. Second, the city is a "district" of Los Angeles, as noted by the San Diego Union Tribune (which we presume is no longer around in this fictional 2049). Also, it's swarming with roving gangs of pirates. And there's this factory where...oh, just go see the movie.

The portrayal of San Diego tickled some people (probably Angelenos), many of whom took to Twitter to pile it on:

In Blade Runner 2049 San Diego is a literal waste dump. Not too far off honestly.

Saw the new Blade Runner tonight. It was awesome!

Why did no one laugh in my viewing of Bladerunner when it was revealed that San Diego is a pile of trash?

The most realistic part of the new Blade Runner is that San Diego is literally just LA's landfill.

Great to see an accurate portrayal of San Diego in Blade Runner 2049.

My favourite part of Blade Runner 2049 is how all of San Diego is literally a garbage dump.

My favorite part of the new Blade Runner was San Diego.

.@bladerunner Just saw #BladeRunner2049. Outstanding film! Also note to self: Whatever you do, DO NOT buy real estate in San Diego. #Movies pic.twitter.com/S0EBy1K4HT

Not surprisingly, some San Diegans took umbrage with the portrayal of their city:

Didn't enjoy seeing my beloved San Diego depicted as a literal pile of flaming garbage, but otherwise....BLADE RUNNER 2049 is a masterpiece.

And did this guy pull out his phone during the movie to take a picture of the screen?

We assume these people are either being sarcastic or have yet to see the movie:

nice, San Diego gets a shoutout in #BladeRunner2049

And this guy has the right take: the end is coming for us no matter what, so we may as well embrace it:

Loved the ShoUtOut to my HomeTown™ San Diego in Blade Runner 2047.. can't wait to be dystopian trash pirates w my future sons