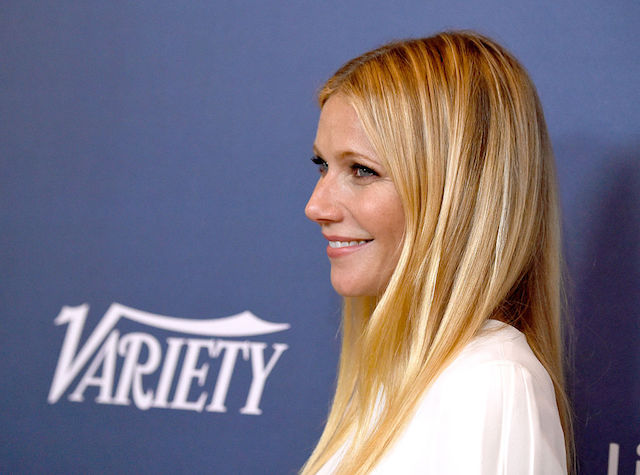 According to the Times article, Weinstein summoned Paltrow to the Beverly Hills Peninsula hotel—the same place he preyed upon many of his other alleged victims. Weinstein "placed his hands on her" and suggested they "head to the bedroom for massages," according to Paltrow, who was 22 at the time.

Paltrow said she refused Weinstein's advances and confided in then-boyfriend Brad Pitt, who then confronted Weinstein, leading Weinstein to threaten Paltrow to stay silent and forcing the actress to fear for her job, according to the New York Times. Paltrow, who worked with Weinstein on Miramax productions including 1999's Shakespeare in Love, for which she won an Oscar, told the Times she had seen Weinstein as a mentor prior to the alleged harassment.

Jolie's account of Weinstein's harassment is not as detailed as Paltrow's, but the Times reports the actress stated in an email that she "had a bad experience with Harvey Weinstein in my youth" and chose not to work with him again. The full quote is below, via the New York Times:


I had a bad experience with Harvey Weinstein in my youth, and as a result, chose never to work with him again and warn others when they did. This behavior towards women in any field, any country is unacceptable.

Update [Tuesday, 2:10 p.m.] Actress Heather Graham has also accused Weinstein of sexual harassment, telling Deadline on Tuesday afternoon that the producer implied she had to have sex with him in exchange for a movie role.

Hollywood has been in an uproar since a New York Times article last Thursday exposed "decades' worth of sexual harassment accusations" allegedly leveled at Weinstein. Weinstein was fired from the production company he co-founded on Sunday. A New Yorker story on Tuesday reported 13 women's stories of being sexually harassed or assaulted by Weinstein (this number included three alleged rapes, one against Italian actress-director Asia Argento.)

While stars including Meryl Streep and George Clooney have come forward to condemn Weinstein's alleged sexual misconduct and support the victims who spoke out, many more—including a majority of the influential male actors who have worked with Weinstein—have yet to speak out.