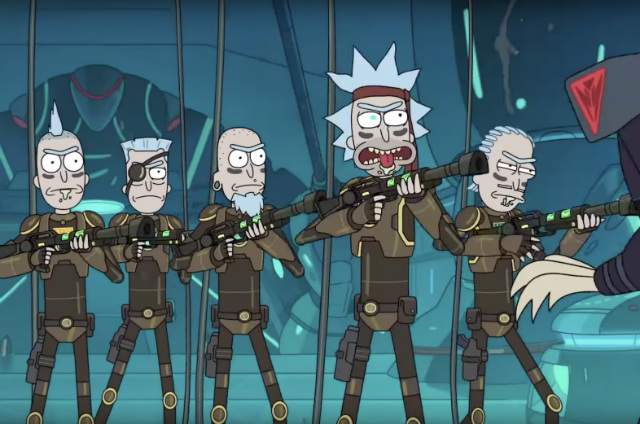 Fans of Rick and Morty faced a bleak reality Saturday when McDonald's around the country ran out of Szechuan dipping sauce before all fans got the opportunity to take some home.

A season three episode of Rick and Morty includes a dream sequence where Rick goes to McDonald's to obtain the discontinued sauce, so McDonald's responded by initiating a marketing promotion of their own: it would bring back the sauce for one day only, on October 7.

Oh…did-did you guys want this? 😜 Szechuan Sauce…on a poster & maybe your taste buds: only on 10/7. Full deets at https://t.co/7WUSDF1C3v pic.twitter.com/eT4PxW3fEi

Fans of Rick and Morty have developed a reputation for extreme devotion to the show, often claiming the show won't resonate to people who aren't smart enough to handle the humor, so the promise of a limited-edition McDonald's sauce tie-in to the show was too attractive to pass up.

Me explaining to my friend why we are @McDonalds at 3AM.🍟#szechuansauce #szechuan #RickandMorty pic.twitter.com/iMI7AWS6jh

When it became clear most of the locations didn't have nearly enough product to accommodate the rabid fan base, and most fans would be leaving empty-handed, the excited crowds turned on the fast food restaurant. Many took to Twitter to accuse the fast food chain of a number of alleged crimes: delivering only 20 packets to each location, providing fewer packets to locations where it would be the hottest commodity, and, most obviously, underestimating the degree to which Rick and Morty fans would want their sauce.

Went to @mcdonalds for #szechuansauce was told they got only 10 packets they were gone Who's doing their supply logistics @NintendoAmerica ?

Cops are at Wellington McDonalds where tons of angry people lined up for hrs for Rick and Morty Szechuan sauce only to learn they had none pic.twitter.com/3T272osid4

@mcdonalds was gifted a phenomenon of pop culture and squandered it by letting thousands of people walk away empty handed. #SzechuanSauce

McDonald's offered an apology, but it did not assuage the fans' anger.

The best fans in the multiverse showed us what they got today. We hear you & we're sorry not everyone could get some super-limited Szechuan.

.@McDonalds REALLY horrible marketing to make 1000s of ppl line up for #SzechuanSauce when you only have 20 per location #boycottMcDonalds

According to the McDonald's Wikia—which exists—the fast food chain introduced the sauce in 1998 to coincide with Disney's marketing campaign for their animated feature Mulan. It was created "to mimic traditional Chinese Szechuan Sauce," according to the Wikia, and it was discontinued after the promotion ended.