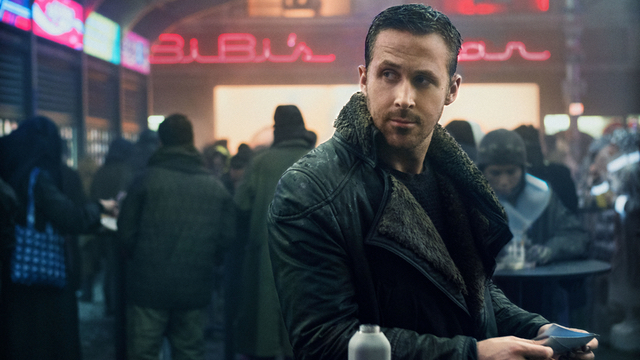 It took Ridley Scott’s original Blade Runner twenty five years and seven cuts to congeal into the definitive piece of art its early adopters always knew it could be. But Denis Villeneuve's sequel Blade Runner 2049 will suffer no such gestation period. It arrives fully formed, with smoothed out edges, a longer running time, and an assuredness in spite of the pressure inherent in following up a beloved film. Blade Runner 2049 is an impressive accomplishment and far easier to love right out of the gate. But it may not hold up to the repeat viewings its inscrutable predecessor so benefited from.

The marketing for 2049 has been the antithesis of modern Hollywood's approach to trailer construction, whetting fans' appetites without overstuffing their craws with every single plot detail. We do know that thirty years have passed since the last film, and that replicants still must be hunted, and that Ryan Gosling plays a new Blade Runner named K. Villeneuve and the film's writers, Blade Runner scribe Hampton Fancher and television vet Michael Green, have worked hard to craft a narrative that walks the line between necessary fan service and the ability to shock the audience.

Whether or not Blade Runner 2049 is a worthy successor to the original film seems to be a foregone conclusion for many early viewers. Most love the first movie for its astonishing visuals and obsessive dedication to aesthetic, so in that regard, Villeneuve delivers. Honestly, at times this feels less like a movie and more like cinematographer Roger Deakins screaming at the Academy from atop a skyscraper, demanding his work be awarded the statuette that has eluded him thus far. Everything about this world relishes in the foundation of Scott's film, possessing signifiers that are instantly recognizable as being Blade Runner, while conforming to the sleek sterility Villeneuve’s work is characterized by. Where the Los Angeles of 2019 was cramped and overcrowded, its 2049 replacement feels like a ghost town. We're regularly shown new corners of the world poisoned by a barren starkness, distressing in its implications but no less breathtaking or hypnotic visually.

What truly separates the two films is their approach to storytelling. The one element that makes the first Blade Runner worth revisiting time and again is how little is spoon-fed to the audience. It's like staring into a severe painting until you begin to read The Big Sleep between the brush strokes. The viewer must be an active participant in the proceedings. To truly engage with Blade Runner is to be complicit in the meaning and feelings one gleans from the art. Blade Runner 2049, with its bloated runtime and more traditional approach to tentpole screenwriting, seems to have learned none of those lessons.

It is a film that happens to you, not with you, bombarding you with new ideas, chest pounding imagery and plot developments that feel novel until you ponder them for more than a few moments after the credits. This divergence between the original and the new is nowhere more apparent than in 2049’s oppressive score. The difference between listening to the work of Vangelis' sound design of the original and the new music from Hans Zimmer and Benjamin Wallfisch is the chasm between caressing a flower’s petals and having a heavy tree trunk fall onto your torso. This is a film where Dolby Atmos might not be the best bet.

Blade Runner 2049 is a movie that gets so much right. Gosling is the perfect performer to step into a leading role. (Jared Leto, it must be said, is not.) Visually, it's a sumptuous affair more enthralling than any other photography you're likely to see projected on screen this year. And it furthers the ambiguous themes of what it truly means to be human in a world constantly changed by technology. But like many films inspired by Blade Runner, it misses the point of why that picture has endured. Plenty of movies since have played with similarly weighty material, but few told these stories the way Scott did. 2049 gets it close on first blush, but whether or not it will stand the test of time remains to be seen.