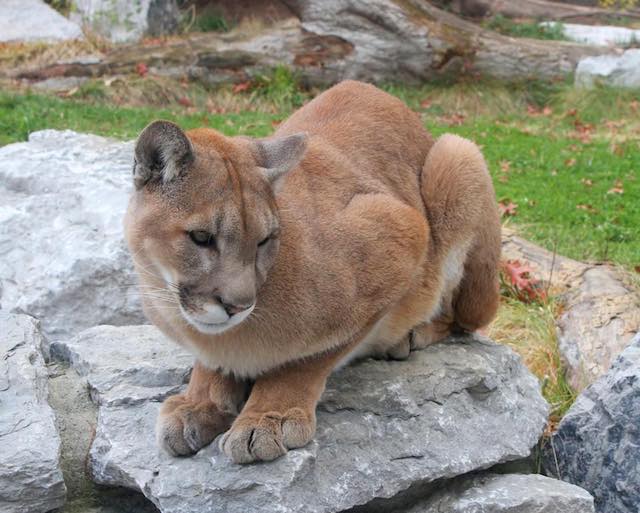 The mountain lion known as P-41. (Photo via Facebook)

A mountain lion christened "P-41" by National Parks Service biologists was found dead on Wednesday on the edge of the Verdugo Mountains.

P-41, who was approximately 10 years old at the time of his death, had been tracked since 2015 by NPS biologists curious to see whether he would cross the 210 Freeway in a journey from the Verdugos to the southern San Gabriel Mountains. Like P-45, the "King of Malibu" who recently earned himself a New Yorker profile, P-41 was something of a local celebrity; a Facebook page dedicated to "P-41, Mountain Lion of the Verdugo Mountains" quickly gained over 400 followers.

P-41's cause of death is unclear, although the National Park Service said in a statement Thursday that the recent La Tuna fire, which burned more than 7,000 acres in the Verdugos, may have been a contributing factor.

"We've seen other cases of mountain lions surviving wildfires, and coming away with burned paws that make it difficult for them to hunt and survive," NPS spokesperson Kate Kuykendall told LAist on Thursday, adding that the California Department of Fish and Wildlife will be conducting a necropsy to determine P-41's precise cause of death.