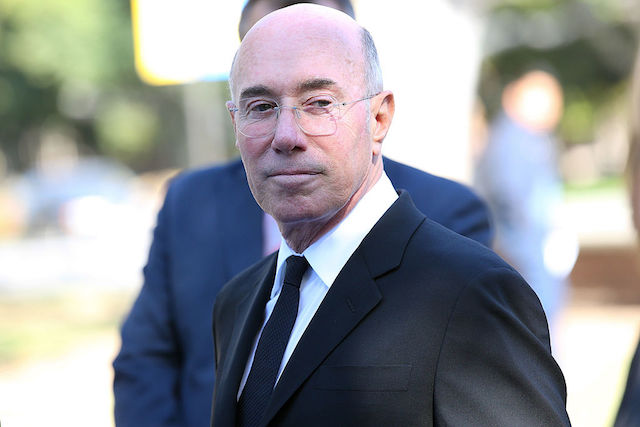 Geffen at UCLA in 2014. (Photo by Imeh Akpanudosen/Getty Images)

Media mogul David Geffen has pledged $150 million to help erect a new building for LACMA, the museum announced Wednesday. This marks the largest single-person cash gift that the museum has ever received in its 50-plus year history. The donation would boost the current fundraising total to about $450 million, which is still short of the $650 million goal that LACMA will need to break ground on the project.

The new building—which will now be called David Geffen Galleries when it’s built—has been in the pipeline for years. Plans to expand LACMA had been percolating for two decades, according to the L.A. Times. In 2013 it was announced that Pritzker Prize winner Peter Zumthor would helm a $650 million plan to erect a new building along Wilshire Boulevard. This plan would go through several iterations; in 2013, renditions showed a sleek and black building that spanned over Wilshire, and by 2016 that building took on a sandy color (while keeping most of the structural elements).

The overarching aim of the project is to replace several LACMA buildings that were deemed inaccessible and, in more recent years, deteriorating. The new building would replace three original William Pereira buildings that were completed in 1965, as well as a 1986 building added by Hardy Holzman Pfeiffer Associates, reports the L.A. Times.

Geffen said in a statement that funding for the arts is imperative, especially in the face of current political attitudes. “At a time when federal funding for the arts is threatened, it’s important that we foster public-private partnerships, like this one, to support arts and cultural institutions. We must ensure that the public, everyone, has access to these venerable institutions,” said Geffen.

“Pledges of this magnitude are incredibly rare, and David’s commitment demonstrates his belief in the power of art museums to reach a broad and diverse public and create significant civic benefit,” Michael Govan, LACMA CEO, said in the same statement. 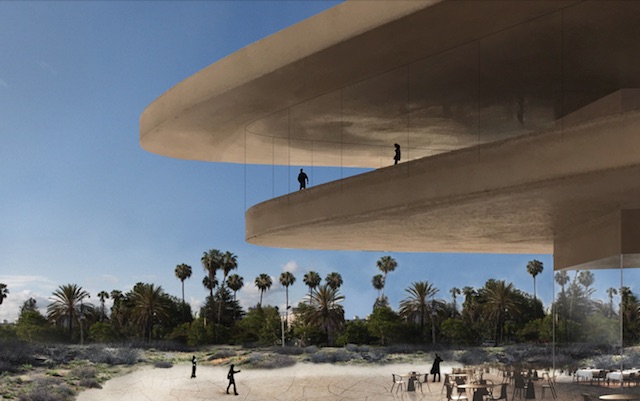 As noted at the L.A. Times, Geffen’s pledge comes amid speculation that his philanthropic focus had been leaning towards New York, where he’d moved to part-time. He gave $100 million to New York City’s Museum of Modern Art last year, as well as pledging $100 million to spruce up Avery Fisher Hall, which houses the New York Philharmonic—as noted at the New York Times, the plans for Avery Fisher Hall were scraped on Tuesday.

Other major donors to the LACMA project include Elaine Wynn, Las Vegas art collector and co-founder of Wynn Resorts, and ex-Univision Chairman A. Jerrold Perenchio. Another $125 million was approved by the Los Angeles County Board of supervisors (the museum is a public facility and is essentially owned by the people of L.A. County, notes the L.A. Times).

While the fundraising total is still about $200 million short of the goal, planners hope to break ground in 2019, and expect the structure to be completed by 2023.

As for how Geffen got so rich, he founded Asylum Records and Geffen Records, and helped launch the careers of The Eagles, Aerosmith and Guns N' Roses, according to Forbes. As of Wednesday, Forbes lists Geffen's net worth as standing at $7.8 billion.