How L.A. College Students With DACA Status Are Moving Forward In The Face Of Uncertainty 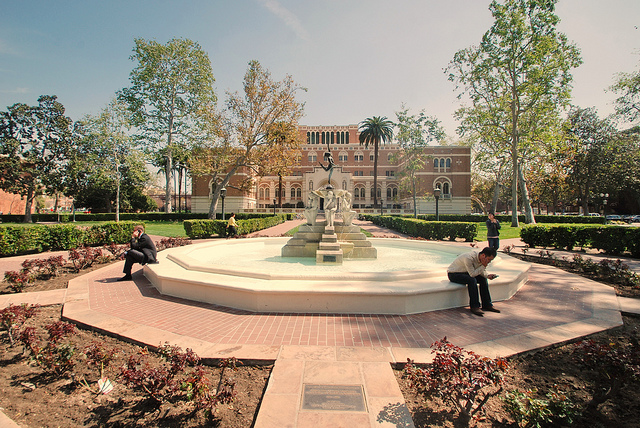 Docnary Reyes didn’t realize she was undocumented until she started to think about college.

At a college fair in her freshman year of high school, she realized universities might ask for proof of citizenship when she applied. And even though her college counselors didn’t go into specifics, she understood that she couldn’t legally work if she didn’t have the right documents—which meant she couldn’t pay for college even if she could get in.

It was 2009, a full three years before President Barack Obama rolled out the Deferred Action for Childhood Arrivals program—granting work permits and temporary relief from deportation to undocumented immigrants who were brought to the United States as children, a group now known widely as Dreamers. For Reyes, 21, there were few options.

“I was very uncertain about everything,” Reyes said. “I always knew I wanted to pursue higher education, but it felt like the doors were closing on me before I even applied.” 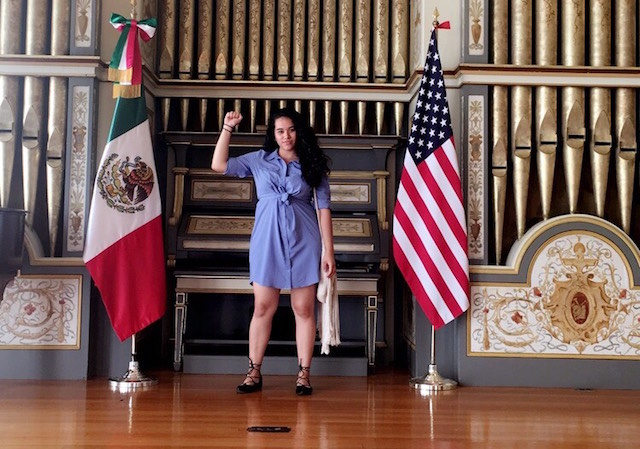 Reyes, who grew up in various neighborhoods around Los Angeles, applied for DACA status in 2014, and is now about to start her first year at UC Davis as a transfer student from Pasadena City College. For her and approximately 800,000 others, DACA provided a chance to work and study, as well as a sense of safety and protection from deportation.

But since President Donald Trump announced his decision to rescind the DACA policy earlier this month, DACA recipients studying in Los Angeles have faced uncertainty over work, school and safety once again. At the same time, colleges and universities have stepped up their efforts to help Dreamers—speaking out against Trump’s decision, offering legal aid and working to renew students’ DACA applications while they can.

Stepping up and speaking out

At USC, Gomez-Brake is working with students whose DACA status will expire in the next five months to renew their applications before an Oct. 5 deadline, which will extend their status for two more years. Part of her job is simply letting students know that renewal is an option—and part of it is helping students gather the funds to apply. Last month, USC’s student government voted to divert $10,000 to fund DACA renewal applications for students, which cost $495 each—and Gomez-Brake is in charge of distributing the funds to students who need them the most. Though USC administrators aren’t sure exactly how many undocumented students are currently enrolled, one year ago the Financial Aid Office reported working with as many as 40, according to campus newspaper the Daily Trojan.

The university’s American Studies and Ethnicity Department also opened a temporary DREAMer Center for students who have questions about their status, while the Immigration Clinic at USC’s law school is offering free naturalization workshops for anyone hoping to apply for citizenship.

Despite these efforts, Gomez-Brake worries about what will happen to students whose DACA status will expire while they’re still in college, even if they renew before Oct. 5. Because the new policy on DACA is set to take effect in March of next year, Congress technically has six months to enact legislation to protect Dreamers permanently—a step that many Democrats and even some Republicans support. But Gomez-Brake says she’s not holding her breath.

“It feels like we’re in limbo,” Gomez-Brake said. “Until Congress or Trump say otherwise, we can only deal with what we know.”

Schools like CSU Los Angeles, CSU Northridge and CSU Long Beach all offer Dream Centers, and the CSU system provides counseling services for students struggling with the impact of the DACA decision as well as referrals to immigration lawyers and nonprofit organizations.

The CSU, University of California and LACCD systems have all urged students to apply to the Mission Asset Fund, a nonprofit organization that is providing $500,000 to fund the DACA renewal applications of 1,000 student Dreamers before the Oct. 5 deadline.

And UCLA is providing DACA renewal workshops free of charge for students, as well as legal services through its Undocumented Student Program. The University of California also filed a lawsuit against the Trump administration on Sept. 8, asserting that repealing DACA was unconstitutional.

“UCLA stands in solidarity with all of our students, especially our undocumented students, for whom the federal government’s action will be met with fear and uncertainty,” UCLA Chancellor Gene Block said in a statement on Sept. 5.

Fabiola Cuevas-Flores is one of those students. A senior majoring in psychology at UCLA, she says UCLA’s Undocumented Student Program has helped her understand her status through talks with immigration lawyers and DACA renewal clinics. Although she knew she was undocumented at a young age, Cuevas-Flores, 20, is still struggling to figure out how to deal with what that means. 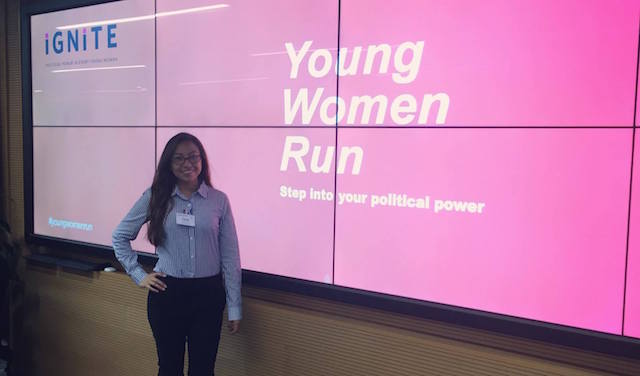 In elementary school, her friends told her about trips they took abroad, and she wondered why she couldn’t leave the country like everyone else. In high school, she realized that her status prevented her from applying for most scholarships, like federal Pell grants, that would help her pay for college. And when she thought about getting a job, she understood that most employers would not hire her without the right documents.

“It made me want to quit in a way,” Cuevas-Flores said. “Why am I going to push myself and get an education if I’m not going to be able to work?”

Cuevas-Flores, who applied for DACA status in 2015, could never shake the fear when she was growing up that she or her parents could be deported back to Mexico—a country she left when she was six months old. But she says DACA provided her with a sense of safety that allowed her to concentrate on her goals, like studying mental health and working in child development.

“When DACA was introduced, that motivated me to keep trying,” Cuevas-Flores said. “I realized I could actually make my life here.”

Because her DACA status expires in December 2018, Cuevas-Flores is not eligible to renew it before Oct. 5—and she’s worried about how she’ll pay for graduate school after she no longer has a work permit. Most of all, she says she’s scared because she doesn’t want to work illegally — but she’s hopeful that Congress will pass a law that means she doesn’t have to.

While schools have worked to support students and DACA recipients have struggled to renew their applications on time, student activist groups have taken it upon themselves to effect change from the ground up.

Ana Mercado leads the USC chapter of IDEAS, a group of undocumented students and allies whose name stands for Improving Dreams, Education, Access, and Success. Mercado, a junior studying contemporary Latino studies and sociology, says the organization aims to provide a safe space for undocumented students to talk about how they feel and what they can do in response to political decisions on immigration.

It’s a personal topic for her. As a DACA recipient who came to the U.S. from Mexico when she was three years old, Mercado says that she, like Reyes and Cuevas-Flores, worries about what comes after college if DACA is not reinstated.

“I’m pursuing a college degree because I want a better future for myself and my family, but now I don’t know if a better job is even an option,” Mercado said. “Am I going to have to work under the table, even though I have a diploma from a prestigious university?” 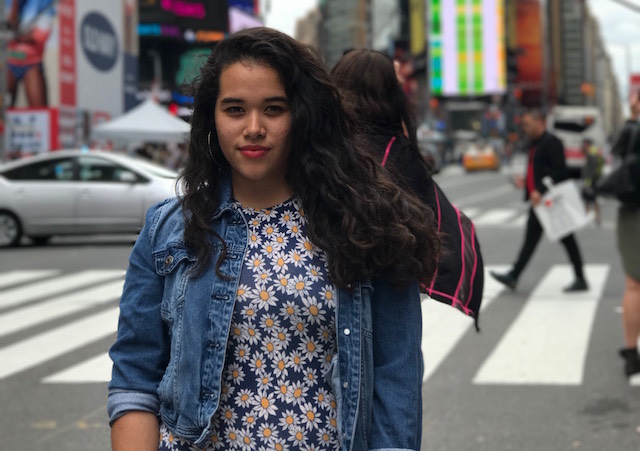 IDEAS has pushed for a permanent Dream Center at USC, as well as an emergency fund to support undocumented students with expenses like DACA renewal fees—much like what Gomez-Brake is doing now. But Mercado emphasized that her goal is not simply to help DACA recipients—it’s to advocate for all undocumented immigrants living in the United States, who don’t have the protections that DACA offers without a path to citizenship.

Reyes agrees. She says that although she feels grateful for the support Dreamers have received in recent weeks, she feels like the focus on DACA is avoiding discussion of the larger problem—that 11 million undocumented immigrants currently reside in the United States, currently without a path to citizenship. Many are the Dreamers’ friends and family members.

“The Dreamer narrative isn’t the most important,” Reyes said. “We’re together in solidarity to fight this—to fight for a permanent solution.”

Right now, Reyes is focused on transferring to UC Davis, where she’ll study ecological management, and she’s heartened by the fact that the university has a Dream Center where she can find support from people who understand her situation. She’s also been trying to become a citizen for years, she says, and is hoping that someday soon her legal status will change. But until then, she sees the looming date of her DACA expiration as an inconvenience rather than an insurmountable obstacle.

“If it expires, I’ll continue as I’ve been doing,” Reyes said. “No one is going to take my education away from me.”

Diana Kruzman is a junior studying print journalism at the University of Southern California, who has reported on issues of immigration, homelessness, labor and crime on campus and around Los Angeles.