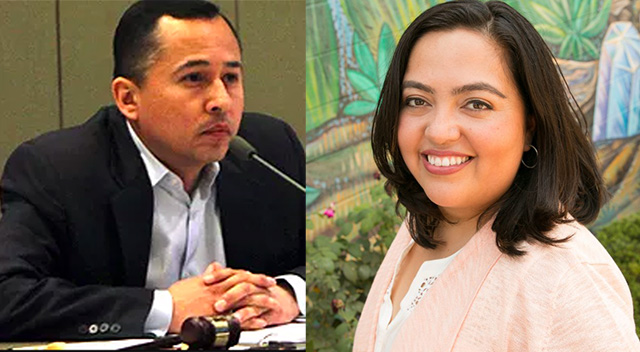 Based on provisional results from Tuesday's primary, Wendy Carrillo and Luis López appear to have taken the top two slots in the crowded race to fill Jimmy Gomez's former State Assembly seat. If their positions stand after the final vote-by-mail ballots are counted, the two candidates, both Democrats, will advance to a runoff.

The runoff, which will be held on December 5, will finally end a nearly yearlong game of political musical chairs that all began last November, when then-state Attorney General Kamala Harris was elected to the U.S. Senate. The next month, Governor Jerry Brown nominated then-Congressman Xavier Becerra to fill Harris' role as state AG—meaning Becerra had to vacate his own seat representing California's 34th District in Congress. Cut to a special election where then-state Assemblyman Jimmy Gomez won Becerra's vacated Congressional seat, cueing yet another special election to fill Gomez's newly vacated 51st Assembly District seat. And here we are!

California's 51st Assembly District spans from Echo Park to East Los Angeles, and is primarily urban and heavily Latino. Almost a half million constituents live in the 51st District. The Los Angeles County Registrar-Recorder/County Clerk reported Wednesday morning that a total of 17,310 ballots had been processed and counted, with a whopping 7.83% of eligible registered voters in the district having cast ballots.

The moment we learned we were in 1st place. Let’s go win this seat for the people of #AD51 who believe in justice, equity & opportunity. ✊🏼 pic.twitter.com/OkyVYPpPxA

Carrillo, who is currently in the lead with 21% of the vote, is a former journalist who also previously led communications for a Service Employees International Union affiliate. López, who currently has 19.1% of the vote, is a longtime board member of Planned Parenthood - Los Angeles who formerly served as President of the East Area Planning Commission.