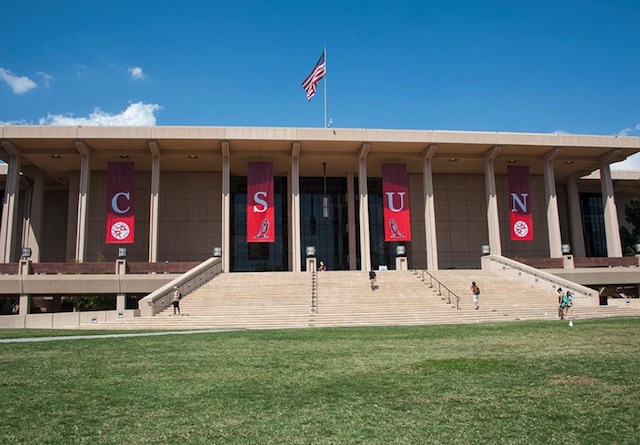 Stephen Paddock, who authorities say carried out on Sunday a mass shooting in Las Vegas that has claimed the lives of at least 59 people, was a former business student at Cal State Northridge, the university has confirmed to Los Angeles Daily News.

The university said in a statement that Paddock had completed a degree in Business Administration in 1977. It added that when CSUN officials learned about this fact, “CSUN’s Chief of Police was contacted, and university officials shared this information with investigators in Las Vegas.”

The news comes as authorities continue to dig into Paddock’s past. The question of his motive remains; relatives have said that he did not hold extreme political views, speak of a particularly keen interest in guns, or suffer from mental illness. He also did not have a prior criminal history in Vegas, according to the Las Vegas Review-Journal. At a Monday afternoon press conference, when Clark County Sheriff Joe Lombardo was asked if authorities had a working motive to base their investigation on, he replied with, “No, we don’t,” reports the L.A. Times.

There are reports that Paddock was a high roller at the casinos. According to the Times, he was known to make $10,000 in chip purchases in a single day. His gambling habits were apparently supported by the wealth he'd accrued throughout his life; family members say that Paddock had struck it big in real estate.

Eric Paddock, one of Stephen’s brothers, told the New York Times that they were partners in a real estate business for decades. Eric estimates that, when they sold the company, Stephen was left with about $2 million. “He’s a multimillionaire,” Eric told the NYT. “He helped me become affluent, he made me wealthy.”

The L.A. Times says Paddock has owned property across the country, including two apartment complexes in Hawthorne and another complex in Dallas, Texas. Richard Gehring, a tenant of the Dallas property, said that Paddock was meticulous about checking applicants’ credit, adding that he was quick to evict anyone who failed to pay rent on time. “He was just a nice guy, and that was it,” Gehring said. “There’s nothing really that sets him out from anybody else.”

As reported by the L.A. Times, Paddock had lived in the L.A. area for much of his adult life; he’d lived in or owned property in Panorama City, Cerritos, and North Hollywood, among other places, from the 1970s to early 2000s.

Related: Father Of Vegas Shooting Suspect Was Bank Robber Who Made FBI's Most Wanted List