Here's When To Catch The Dodgers' Playoffs Games This Week 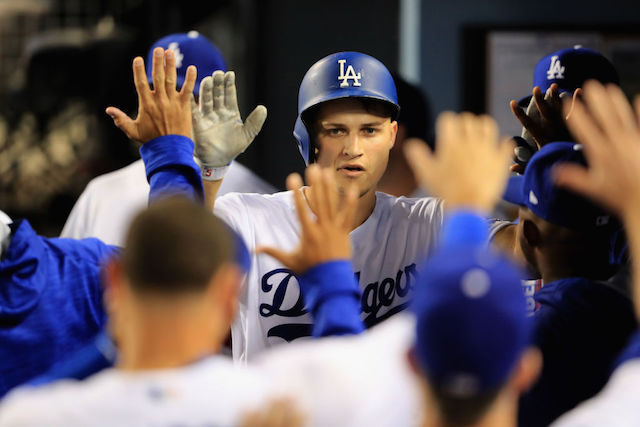 Hey. The Dodgers have won eight of their last ten games, just in time to build some momentum as they enter the post-season (they were astoundingly awful before this current run of wins).

And now the playoffs are just right around the corner, with the first game of their National League division series scheduled for Friday. Their opponent still remains a mystery, however, as they’ll face whoever wins the National League wild-card game. That game will come on Tuesday, with the Arizona Diamondbacks playing the Colorado Rockies.

Here’s the schedule for the best-of-five series. Times were released for the first two games, but they're still to be determined for the others. All games listed below will be televised on TBS.

To no one’s surprise, Clayton Kershaw is slated to pitch game one on Friday. Beyond that, Rich Hill is expected to pitch game two, with Yu Darvish set for game three, reports the L.A. Times. A game four starter has not been announced. The Dodgers have a deep enough rotation to bring out a quality starter for that game, but, as noted at CBS Sports, it’s hard to believe that anyone aside from Kershaw will pitch game four if the team is facing elimination.

Looking for tickets? Yeaaaah, you’re way late on that. They’re officially sold out, but you can still get them at third-party sites if you’re willing to fork out the money (though, apparently, tickets are still going for as low as $46 at time of publication for Friday’s game, which isn’t all that bad).