Hugh Hefner, Founder Of Playboy, Has Died At Age 91 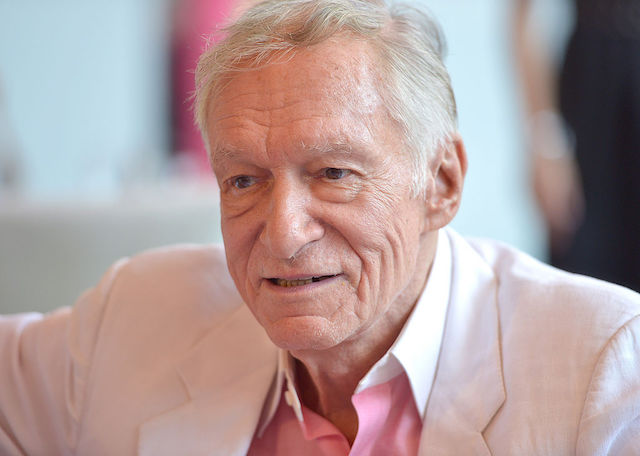 Hugh Hefner, founder and former editor-in-chief of Playboy, died Wednesday at age 91. Hefner passed away in Los Angeles at the Playboy Mansion, Playboy Enterprises said in a statement.

Hefner was born on April 9, 1926 in Chicago. While in high school he founded a school newspaper and created a comic book called School Daze, which featured his own imagined universe. He later said that he was raised in a “Puritan” household, and that in some ways “it was my parents who, unintentionally, developed the iconoclastic rebellion in me,” according to The Hollywood Reporter.

He’d serve two years in the Army before he was discharged in 1946. He studied briefly at the Chicago Art Institute before enrolling at the University of Illinois at Urbana-Champaign. Later, while taking graduate courses in sociology at Northwestern University, he wrote a term paper on U.S. sex laws in relation to the groundbreaking research done by Alfred Kinsey.

As told in his bio at the Hugh M. Hefner Foundation, Hefner’s first real job in the magazine business came through a copywriting position at Esquire. When the magazine decided to move from Chicago to New York, Hefner stayed behind when his request for a $5 raise was rejected.

Hefner, with $8,000 in investment money from friends and family (and $600 of his own), would publish the first issue of Playboy in December of 1953. The cover featured a photo of Marilyn Monroe that was taken several years earlier, before she was famous. The issue became an instant hit, selling 54,000 copies, or 80 percent of the total he’d printed, according to The Hollywood Reporter.

Playboy would become much more than its photos. The magazine aimed for in-depth cover stories and revealing Q&As. The “Playboy Interview”, launched in 1962, spoke to luminaries such as Miles Davis, Stanley Kubrick, Mae West, Martin Luther King Jr., and Malcolm X. And through the ‘60s and ‘70s the magazine would both inspire and feed off the sexual revolution. Cooper Hefner, chief creative officer of Playboy Enterprises, said Wednesday in a statement that his father was a “cultural pioneer and a leading voice behind some of the most significant social and cultural movements of our time in advocating free speech, civil rights and sexual freedom.”

Hefner would try his hand at other Playboy-related ventures. These included hotel resorts and two short-run television series (Playboy's Penthouse and Playboy After Dark). By 1971 he’d established Playboy Enterprises, and in 1964 he founded the Playboy Foundation to support endeavors that focused on fighting censorship and researching human sexuality. In 1975 he decided to make Los Angeles his permanent home.

He handed control of Playboy Enterprises over to his daughter Christie in 1988. And starting in the ‘90s he turned his attention to philanthropy and civic projects. He once gave $100,000 to the University of Southern California for its "Censorship in the Cinema" course, and later gave $2 million to the film school. He received the 1996 International Publishing Award from the International Press Directory in London, and later entered the Hall of Fame of the American Society of Magazine Editors in 1998.

While the magazine has struggled over the years in a shifting media landscape, the Playboy brand (at least its logo) is still one of the most recognized in the world. The magazine, in an attempt to shake things up, would eschew nudity starting in March of 2016. This would be reversed in early 2017.

"Hefner took a progressive approach not only to sexuality and humor, but also to literature, politics and culture," Playboy said in a statement after his death.

"I've lived out dreams and fantasies and played some part in changing the world," Hefner said to Vanity Fair once, notes NBC News. "It's pretty sweet."